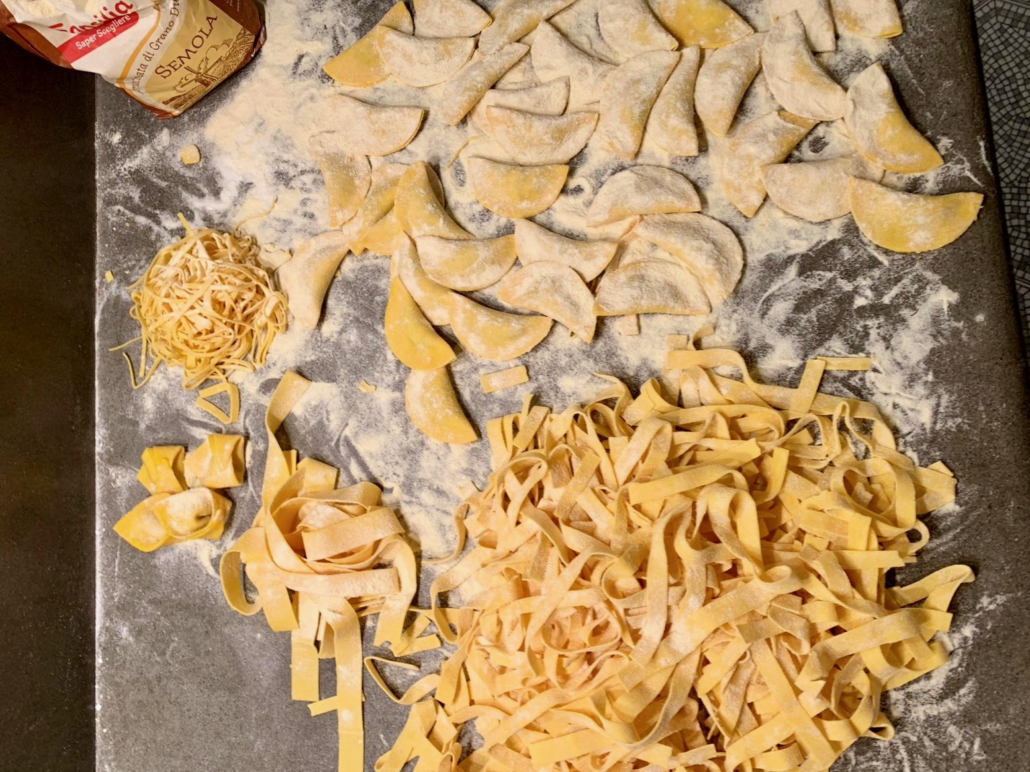 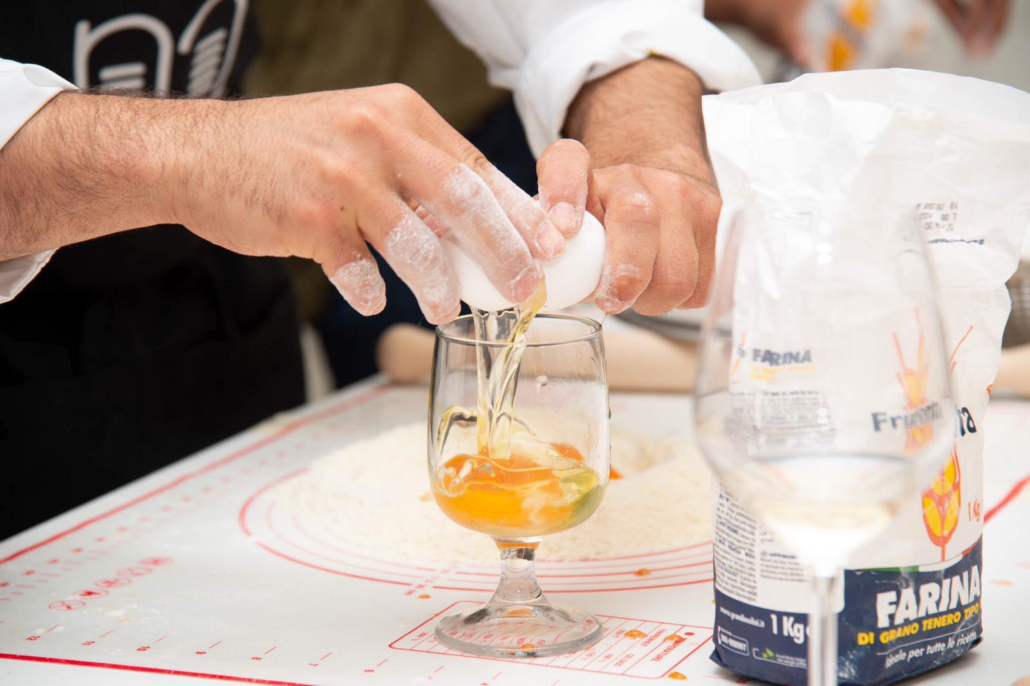 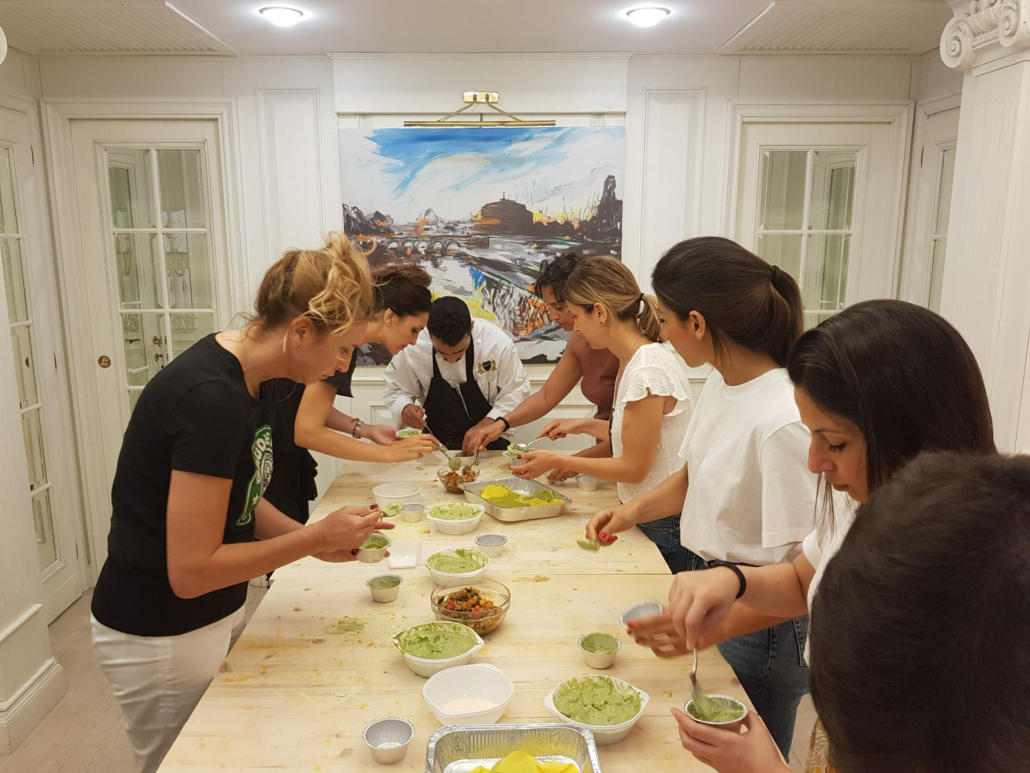 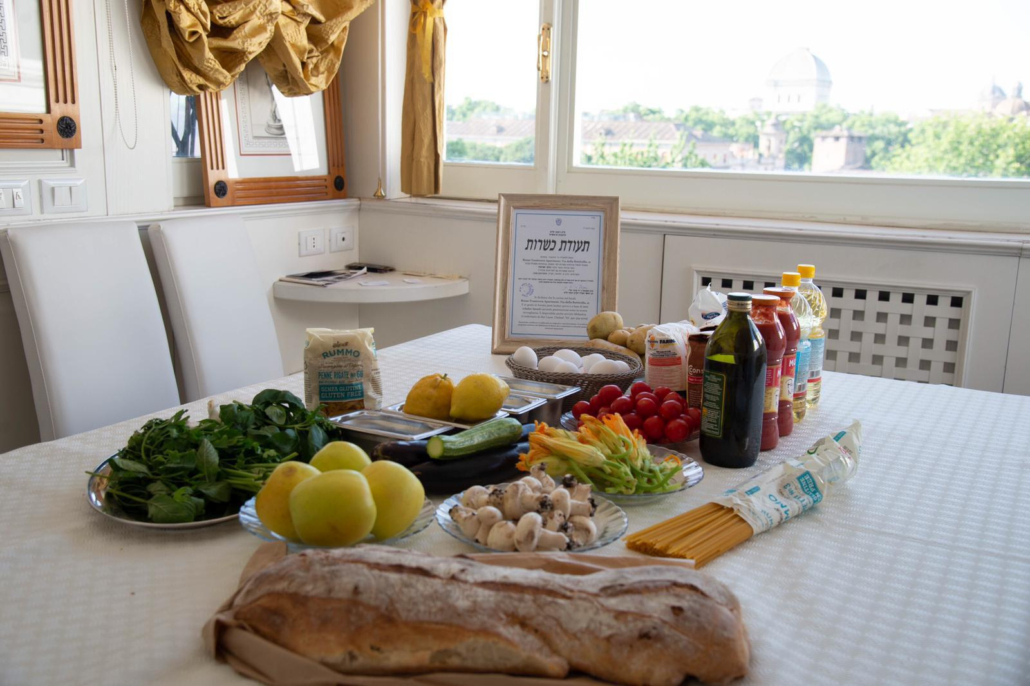 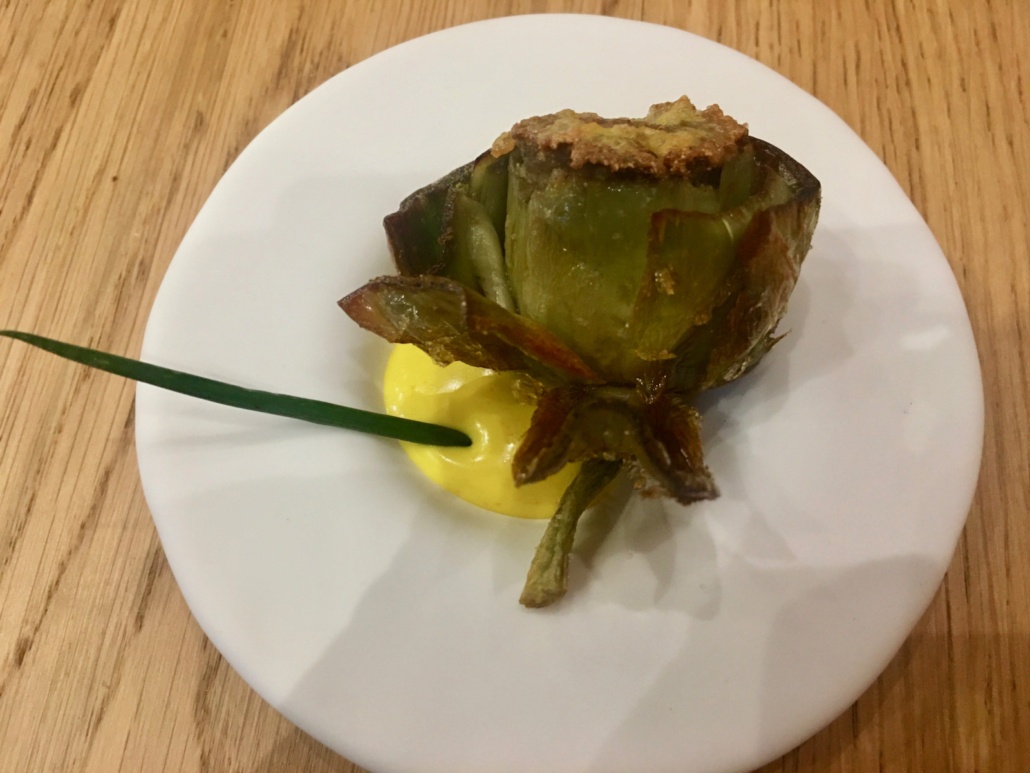 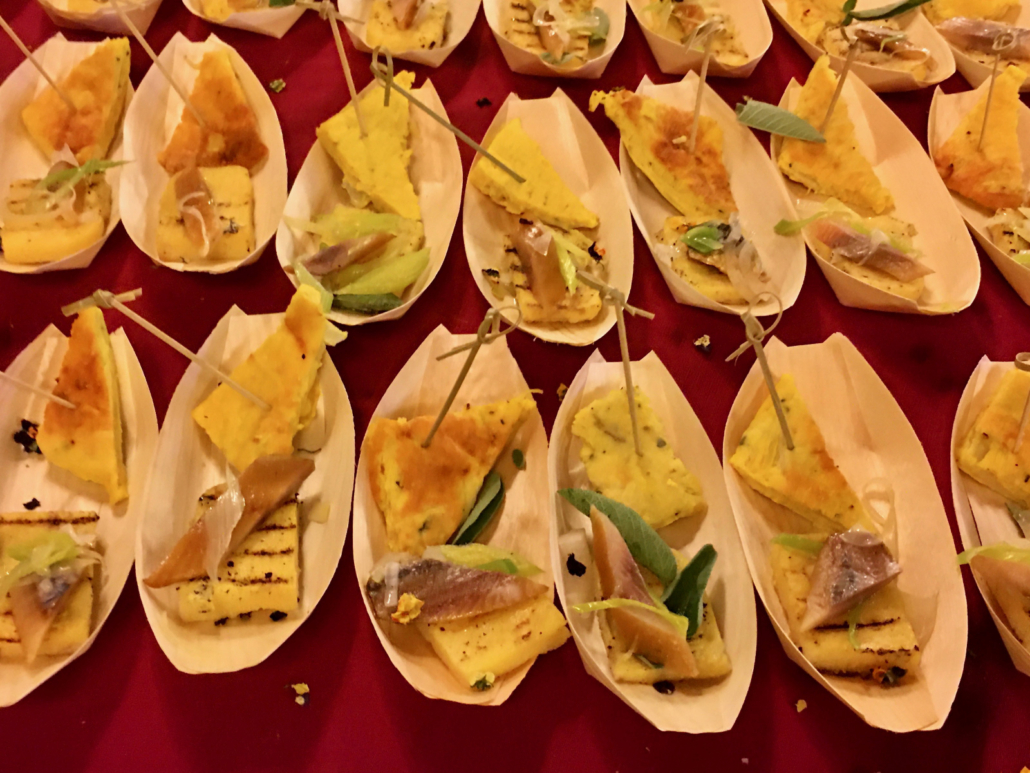 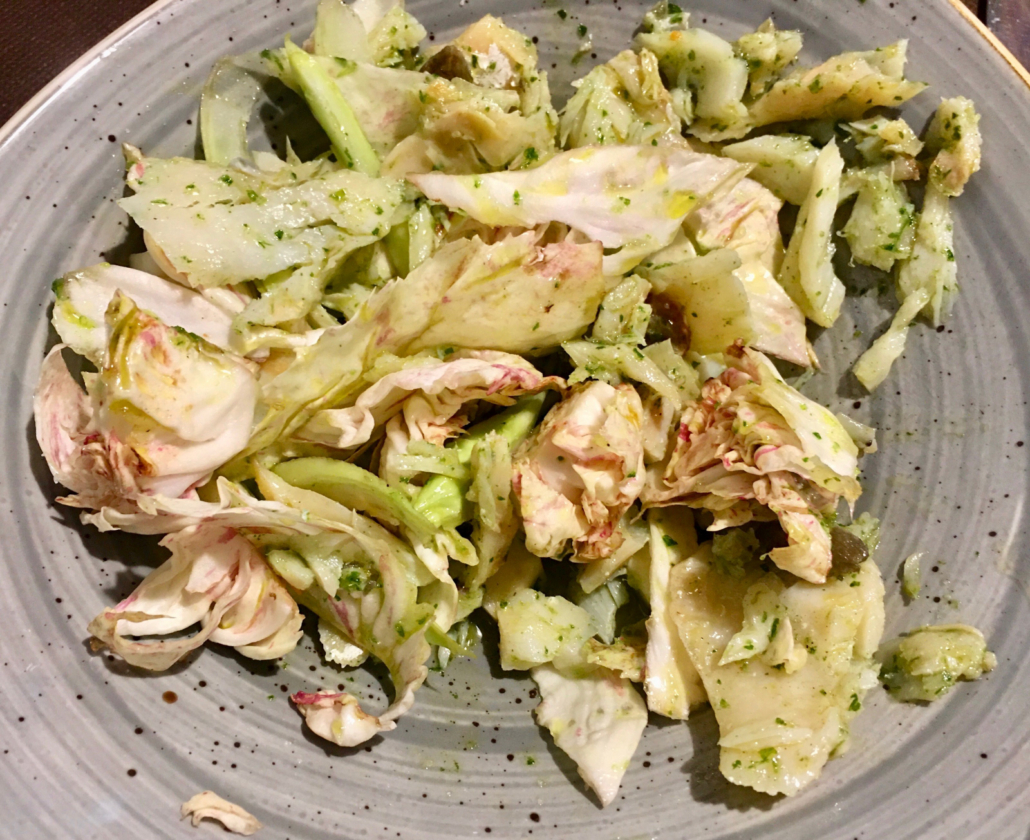 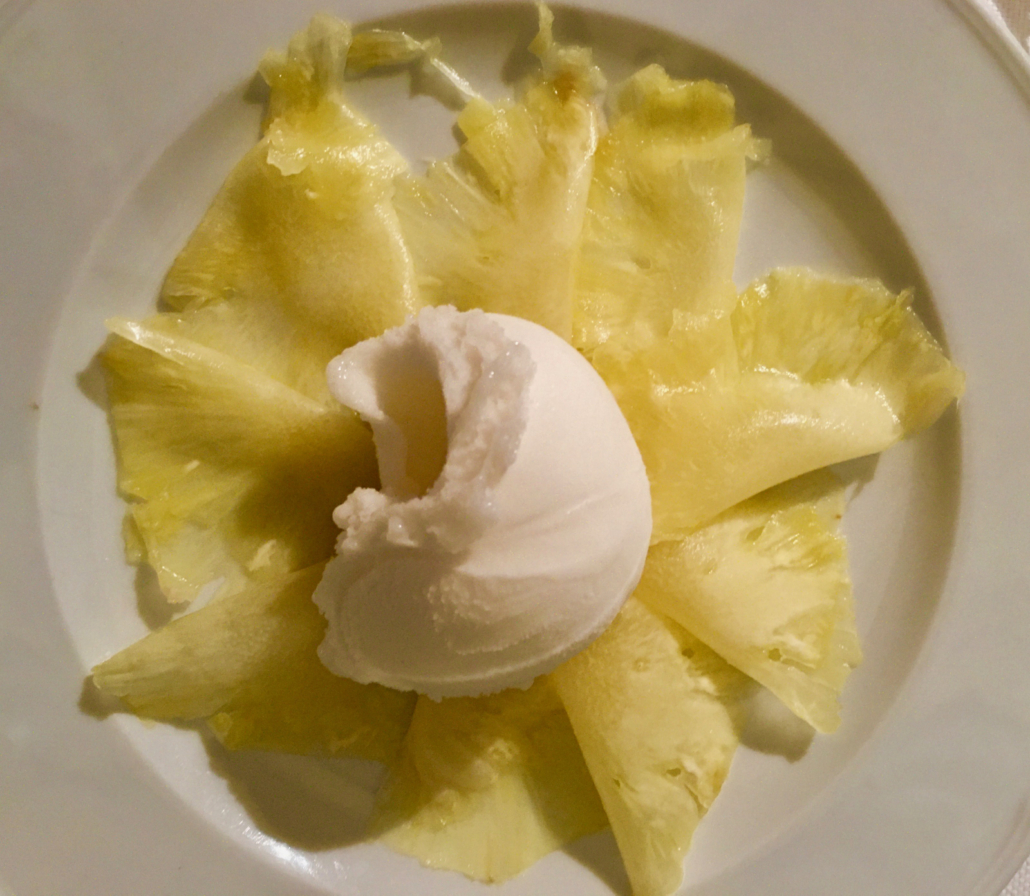 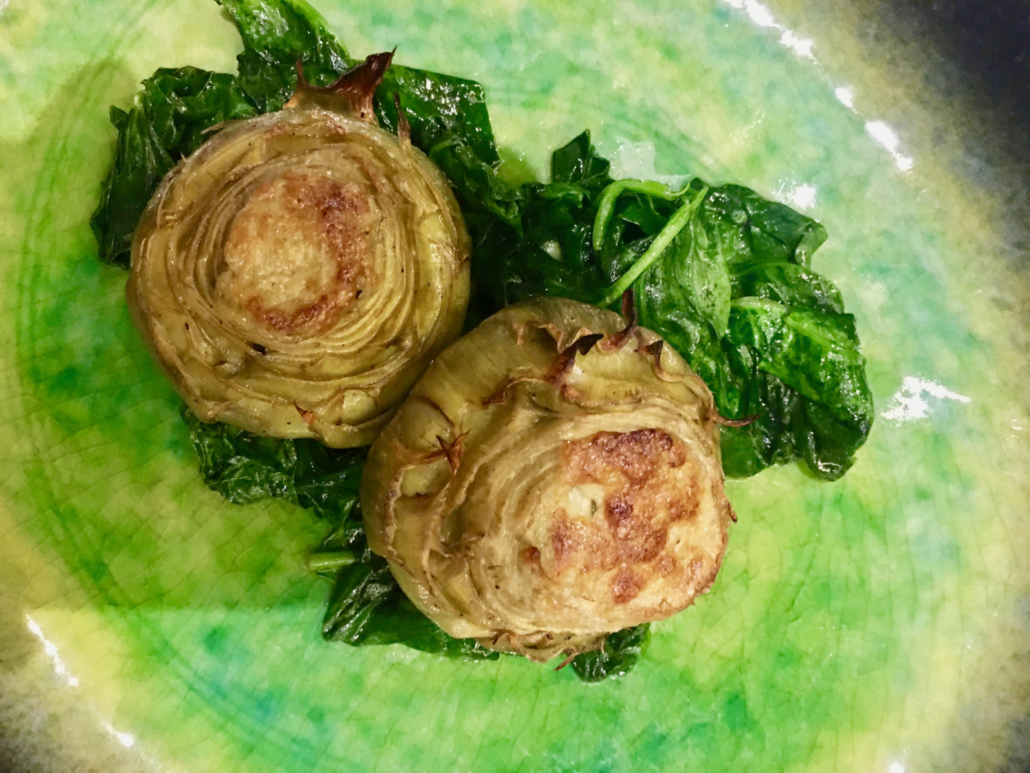 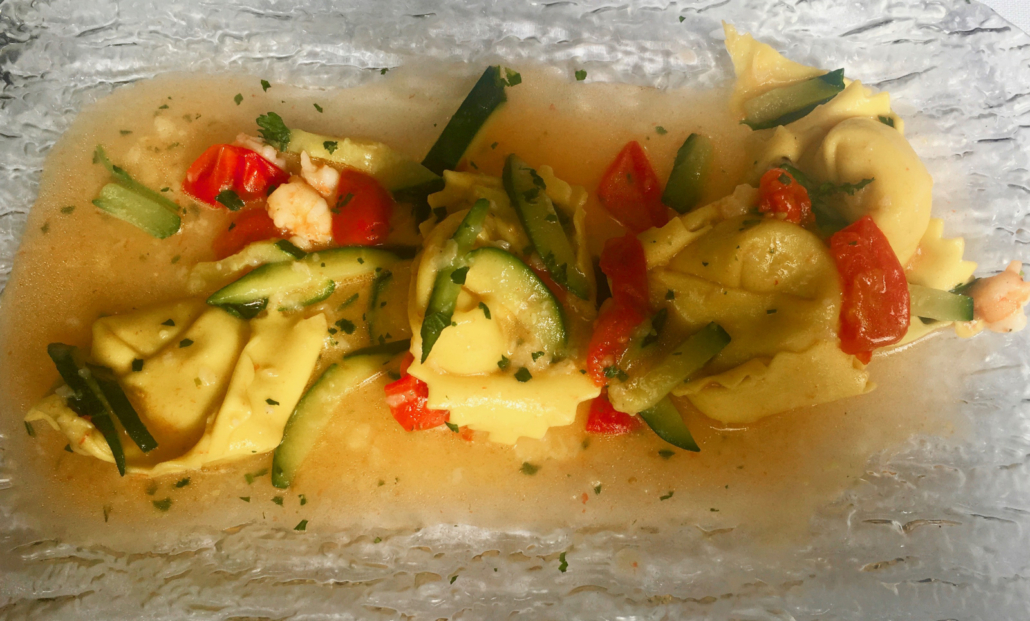 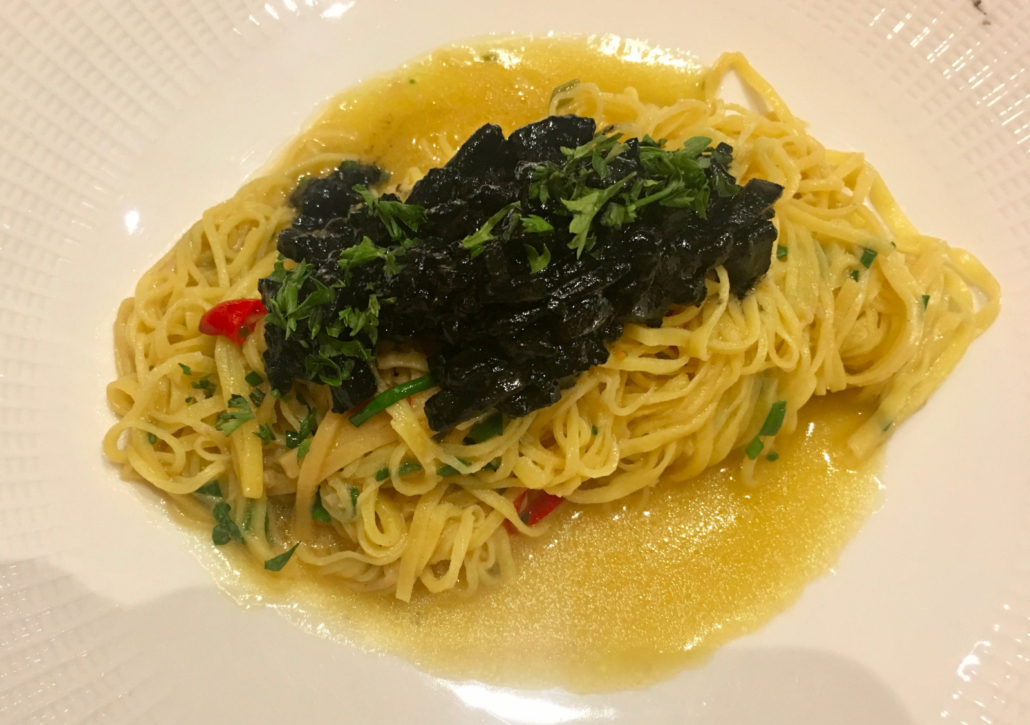 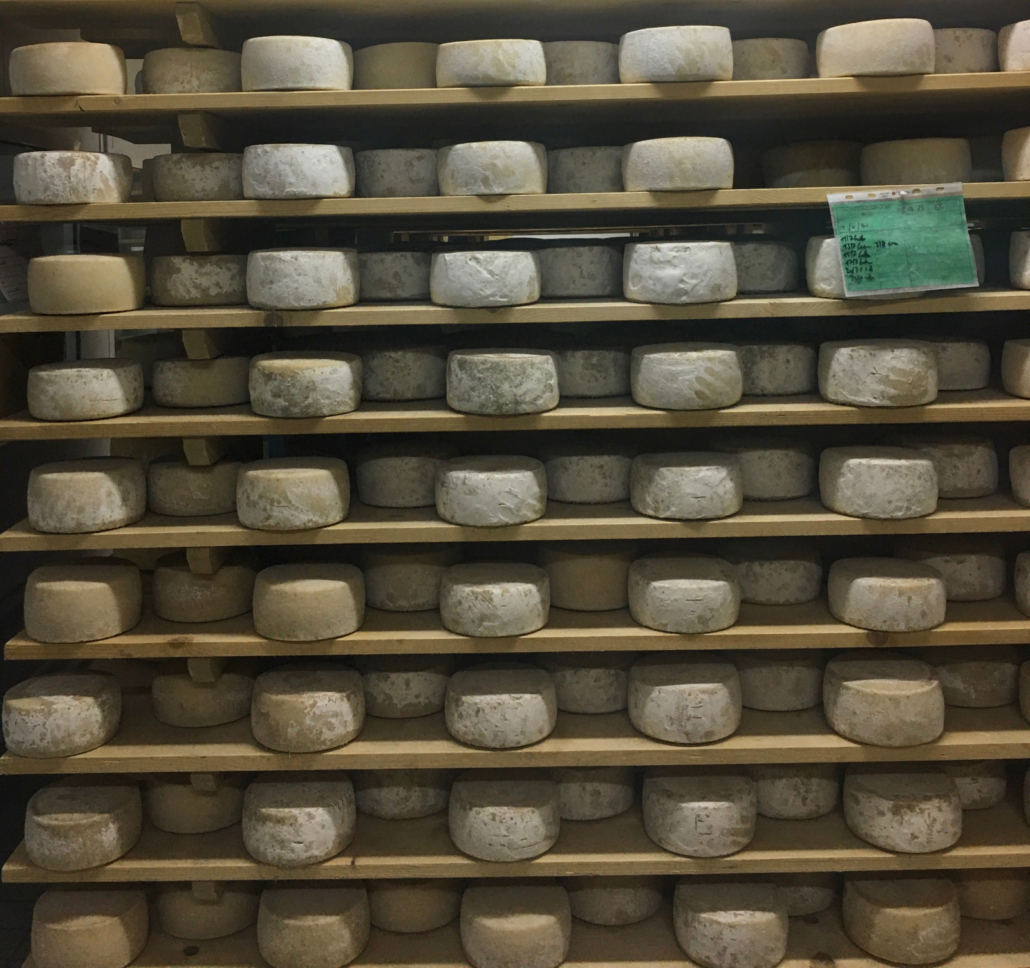 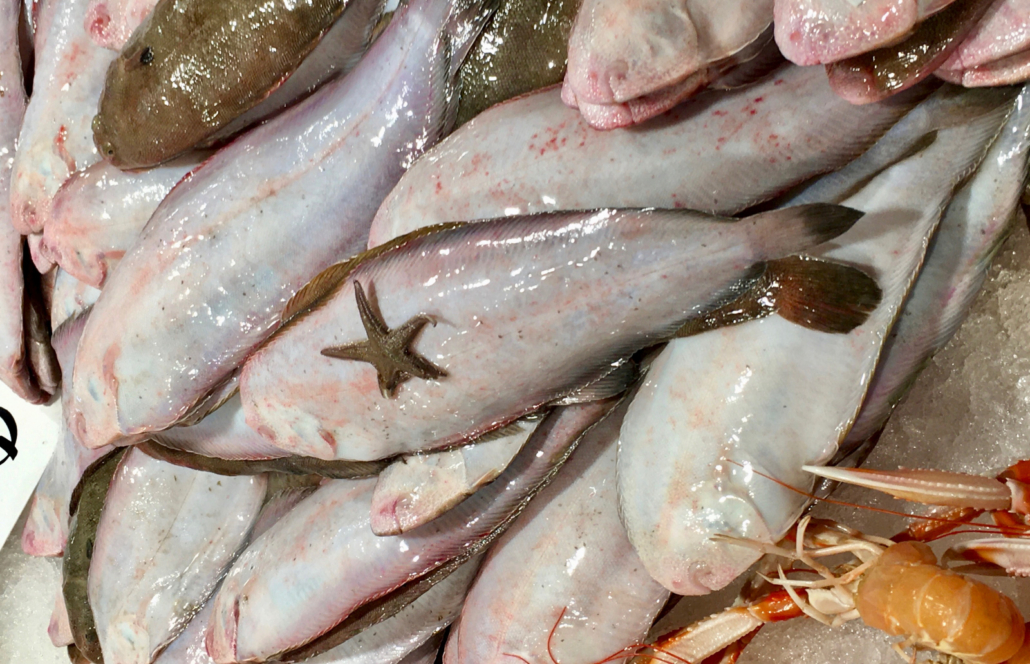 Would you like to join a hands on Kosher cooking class in Rome? Our certified kosher cooking class will be conducted by an expert cook who will help you prepare four authentic Roman Kosher dishes in a private apartment in the Trastevere district, and teach you the secrets of centenary food traditions.

Before your hands on Kosher cooking class in Rome, you can tour the nearest food market with the chef and purchase what you need for the day.

Differently from other Jewish communities, the Jewish-Roman cuisine is based on a combination of culinary styles that originated not only from religious prescriptions, but also from the several native countries the Jews came from.

One of the turning points in the history of the Roman Jews was 1492, and not for the discovery of America!

In that year the entire Jewish community was expelled from Spain, and lots of them seek refuge in Rome, a safe and tolerant city in those days.

For the first time Iberian and Mediterranean flavors met the regional ones, creating a new array of recipes which were handed down through generations up to nowadays.

Most of all the use of fats, which were primarily olive oil based, definitely a luxury ingredient for the local community who savored the deep fried vegetables, among which three world famous dishes: Carciofi alla Giudia, jewish style Artichokes, Zucchini blossoms filled with mozzarella and anchovies, and Fillets of salt cod, delis that you can hardly forget.

The scholars who browsed the archives of the community found some old recipes based on Sweetbread with chickpeas, Tripe with garlic sauce, Pickled beef tongue, Spleen in a pan with sage and sour grape, and  Free range chicken with vinegar and cinnamon sauce.

All of them deal with “quinto quarto” – the offal – which survived over the decades in popular and mouth-watering dishes like tripe or “pajata” prepared with the intestines of unweaned calves.

Well, I know that some dishes sound….exotic!

Just to tease your palate,

during your hands on Kosher cooking class in Rome ask for another typical deli of the roman cuisine, the “Aliciotti con l’indivia” – anchovies with curly endive – based on bluefish, so appetizing and rich in Omega-3.

Anchovies are also an essential ingredient for deep fry Zucchini blossoms filled with mozzarella; actually the anchovies in olive oil are an option, but they make all the difference, try it for yourself.

Or if you are fond of rustic and juicy snacks, apply for “Bruschetta con pomodori a mezzo”, with deep red Casalino variety tomatoes, handful of parsley, dry oregano, garlic, sugar, and extra virgin olive oil. Cut in halves, seasoned and slightly sweetened, baked in hot oven and served on a grill bread slice…. you’ll dream of it!

Some natives still ignore the Jewish origins of the “Aliciotti con l’indivia”, due to the Sumptuary laws imposed to the Ghetto by the Papal authority in 1661, which banned any fish species but bluefish, particularly anchovies and sardines.

At that point Jewish women made the best out of these poor ingredients, and prepared a dish made with overlapped layers of curly endive and gutted anchovies, seasoned with olive oil, parsley, chopped garlic, a pinch of black pepper, salt, and baked for about an hour until the dark crust looks crunchy.

Can’t  describe the smell and flavor, you have to try!

The chef of your hans on Kosher cooking class in Rome will please you with a traditional dessert, made of Mediterranean ingredients like honey, dry and candied fruit, which were widely used in ancient times by the Romans.

The “Tortolicchio” stands out above any other cake, typical of the Purim.

The name derives from the roman dialect “tortore” stick, due to its shape and brown crust, made of almonds, honey, orange zests, and confetti, a nutritious and revitalizing dessert.

Don’t use Google translator for  “pizza dolce ebraica”, ‘cause it is not a regular pizza, it’s a cake with a crispy marzipan-like centre, filled with nuts, and candied cherries, a semi-hard pie easy to bake at home. It is normally referred to the “milah” ceremony and it is one of the oldest recipes of the Ghetto bating back to the 16th century.

Cherries are also the main ingredient of the “Crostata ricotta e visciole”, a superbe cherry cheesecake! It consists of sweet pastry containing a layer of sharp tasting cherries covered with soft ricotta cheese….. a real treat for gourmands.

However, if you are crazy for the traditional Italian Tiramisu, don’t be shy and go for it, it is one of the chef’s specialities, absolutely overwhelming!

You can apply for both a strictly Kosher based class certified by the Jewish Community in Rome or a Kosher friendly one, with ingredients that comply with the Jewish law except for kitchen tools, pots and pans.

Make your choice and you will definitely love it!

such as Venice food shopping tour or Venice cooking class. Moreover, browse our website for cookery tours in Florence, and Tuscany!