A MUSICAL JOURNEY IN VENICE 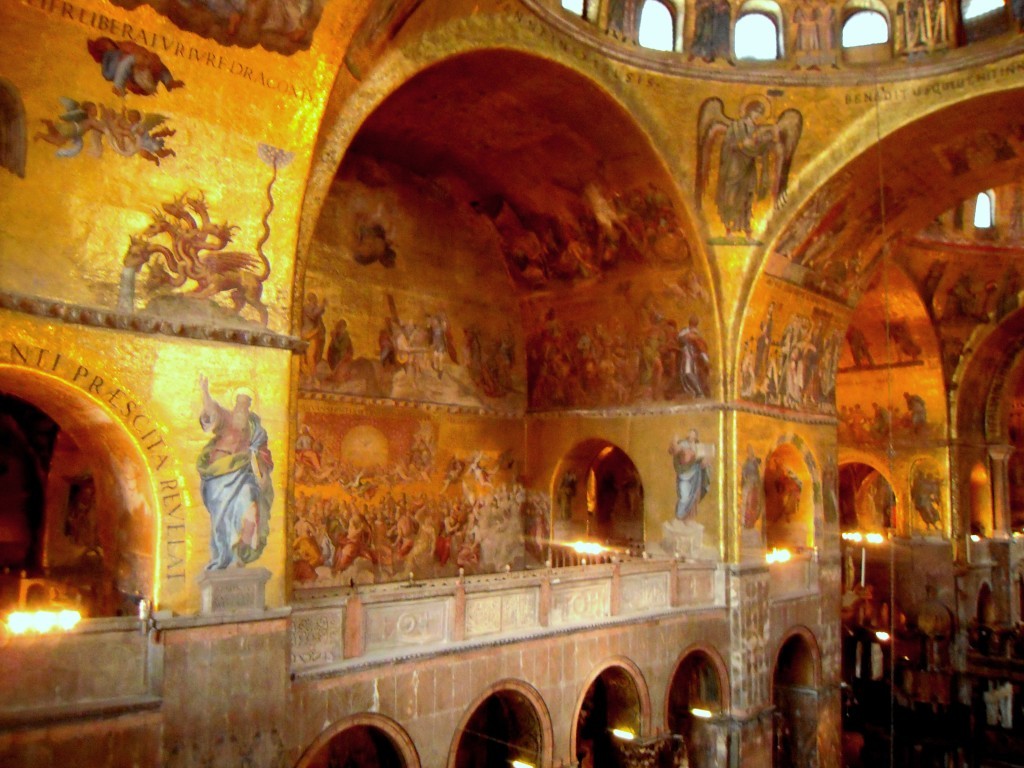 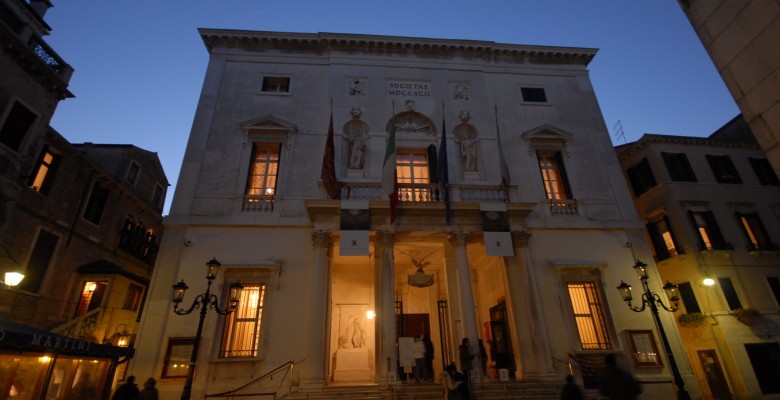 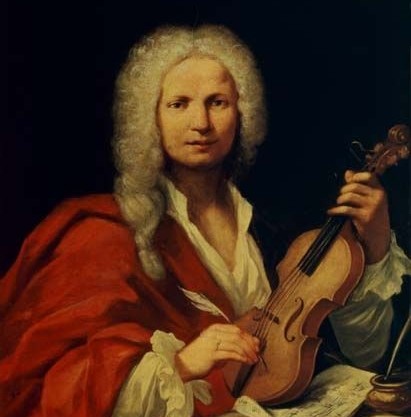 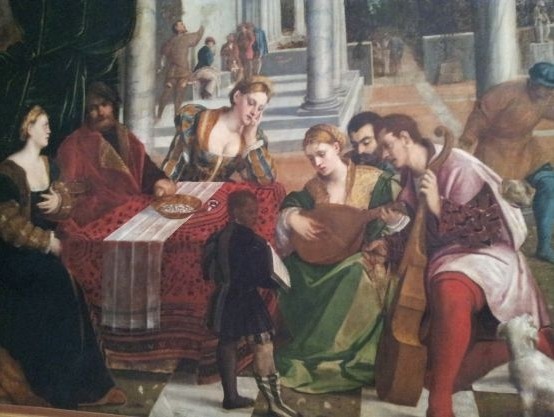 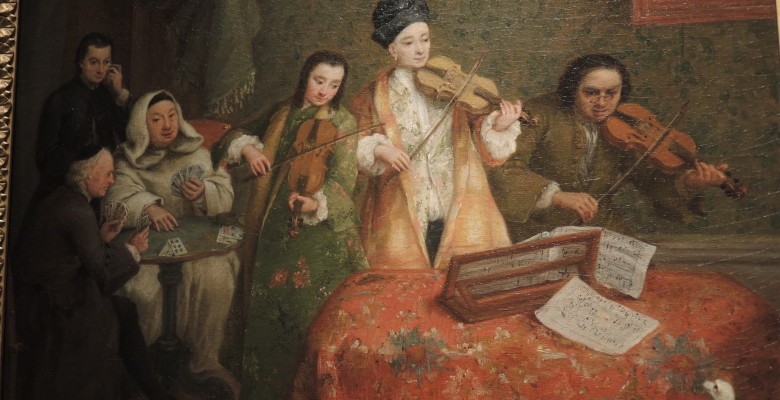 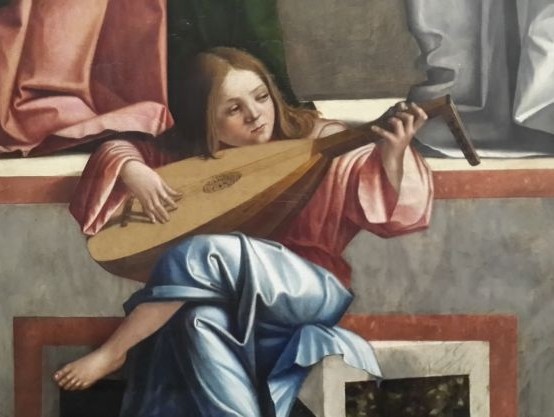 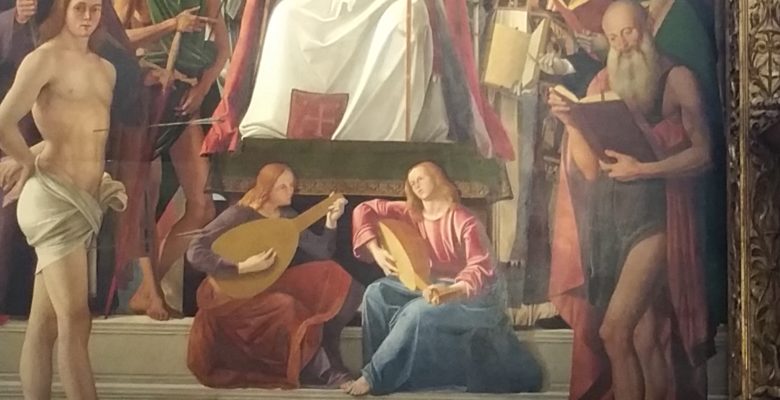 A MUSICAL JOURNEY IN VENICE

A MUSICAL JOURNEY IN VENICE – Painting and music went hand in hand in Renaissance Venice.

There are hundreds of paintings depicting men, women, angels singing or holding a    in their hands.

For instance, in the huge ‘Procession in St Mark’s Square’ by Gentile Bellini (now at the Accademia Galleries), the Doge exits the Ducal Palace preceded by three players of harp, viola and lute. We’re in 1496.

All the numerous celebrations of the Serenissima Republic were accompanied by music, a symbol of beauty and harmony.

Musicians were frequently invited to play in private homes, as one can see in the witty paintings by Pietro Longhi.

Music and choirs praised the glory of God and cheered the atmosphere of the many churches during religious celebrations and solemn Masses.

The great lay confraternities, known as ‘scuole grandi’, also had their own music ensembles.

The foundling and orphan girls of the four public “Ospedali” received a superior musical education, and their performances became a tourist attraction in the 18th century.

Even gondoliers, while rowing, played their barcarolles, giving life to a classic music genre.

As Venice had become the capital of printing in the late decades of the 15th century, by the early 16th century it also became the most important center for music publishing.

The first music printer was Ottaviano Petrucci, that had a shop in St Mark Square since 1501.

Flemish and French musicians, who were the most updated at the time, came here to publish their works and brought their skills to Venice.

Instrument making was another important business in the great commercial hub of Venice.

Many of the greatest instrument makers, such as the luthiers Martin Kaiser and Matteo Goffriller came from Tyrol and settled in the Lagoon.

A musical journey in Venice  begins in St Mark’s Basilica, for more than 900 years the private chapel of the Ducal Palace, and therefore under the direct jurisdiction of the Venetian State. The present church, was consecrated in 1094.

The inspiring model was the ancient Apostoleion in Constantinople, a centralized Greek cross architecture with five soaring domes.

The unique interior, as spacious as a huge cavern, is encrusted with golden mosaics and precious marbles. The Eastern Dome has two opposing choir lofts, that inspired the birth of a musical style which exploited the delay in sound provoked by distance.

Groups of singers and instruments played sometimes in opposition, and sometimes together, united by the sound of the organ.

The first composer to obtain impressive stereophonic results with the ‘broken choirs’ was the Flemish composer Adrian Willaert, who was maestro di cappella of St Mark’s from 1527 to 1562).

Claudio Monteverdi was appointed Maestro di Cappella (or head of the choir) at St Mark’s in 1613.

He was already a very well-known artist and had the necessary authority and means to double the size of the ensemble there from 12 to 24 players over the years of his activity.

This trend continued with his successors: in 1685 Giovanni Legrenzi increased the number of musicians to 34.

In the mean-time the love of Venetians for music had developed into business.

The first public opera house ever, with people paying an entrance fee, was Teatro Tron, in the parish of San Cassiano, in 1637.

The 30-year-long presence of Monteverdi, the first opera composer of any time, was fundamental, and in few years other public theaters opened by the Rialto and around St Mark’s Square.

The show business became an interesting investment for noble Venetian families and other entrepreneurs.

The success of this new form of entertainment in Venice spread to other Italian cities, and then to the rest of Europe, turning into a long-lasting global phenomenon.

By the 18th century Venice was facing serious economic and political decadence, but had become one of the not to be missed destinations in the Grand Tour.

Tourists came, attracted by the already legendary beauty of the city and by the relative tolerance of its laws.

Especially during the long Carnivals, when masks dissolved all inhibitions, the city thrived with a crowd of wealthy visitors!

The arts flourished. Music permeated the entire life of the city.

When Carnival was over and the theaters were closed, concerts continued into the churches, especially those belonging to the celebrated ‘Ospedali’, the four institutions known as Ospedaletto, Incurabili, Derelitti and Pieta’.

‘A musical journey in Venice’ will continue at the “Ospedale della Pieta’”, the most renown public hospice for unwanted children in Venice, still holding many memories of its past activities.

It was for “La Pieta’” that Antonio Vivaldi, a priest without religious vocation, wrote hundreds of concerts, as he was appointed for many years as violin teacher for the members of the ‘coro’, a 100 % female orchestra.

Their performances where an international attraction and some of these women became as famous as pop stars.

Here we will enter the church, rebuilt during the 18th century to have better acoustics and room for the concerts, and we’ll climb up to the ‘cantorie’, the choirs where the ‘figlie’ or ‘putte’ (=the female executors) masterly sung and played hidden by tall metal screens.

We’ll be able to see the original instruments, handwritten musical scores by Vivaldi, and admire the magnificent ceiling frescoed by Giambattista Tiepolo, rich of references to music and instruments.

We’ll round up our musical journey in Venice with a visit to the Gran Teatro La Fenice, one of the most famous opera houses in Italy.

It was the first theater in Venice to be built in brick and stone (all the old theaters were made of wood), and was inaugurated in 1792, five years before the end of the millenary Venetian Republic.

Built by the owners of the burnt down Teatro San Beneto, it was named La Fenice = The Phoenix, the mythical Bird which is reborn from its own ashes.

In 1836 it suffered another very destructive fire and was rebuilt in a totally different style, and it is fundamentally the one we can still see today.

Maria Callas had meaningful bounds with La Fenice, as she made her debut here with Wagner’s “Tristan und Isolde” in 1949, and performed here from 1947 to 1954.

During the 20th century one of the highest moments at La Fenice was when Igor Stravinsky’s The Rake’s Progress was first performed in September 1951.

On January 29th, 1996, once again, the theater was destroyed by a terrible fire. It was rebuilt, not without difficulties and delays, in the 19th century style.

The project was provided by architect Aldo Rossi, and still images from the opening scenes of Luchino Visconti’s film Senso (1954) were used to reconstruct the details of interior decoration. 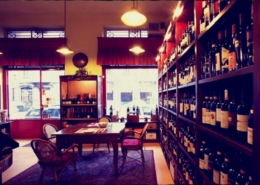 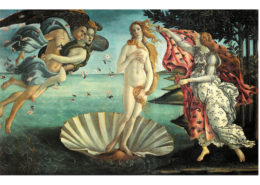 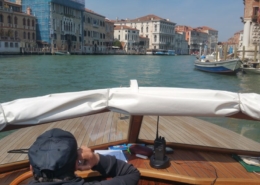 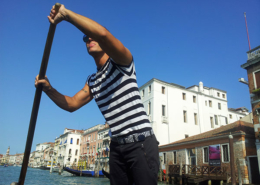 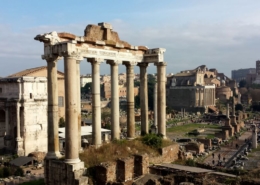