THE COLOSSEUM, THE JEWS, AND MOSES 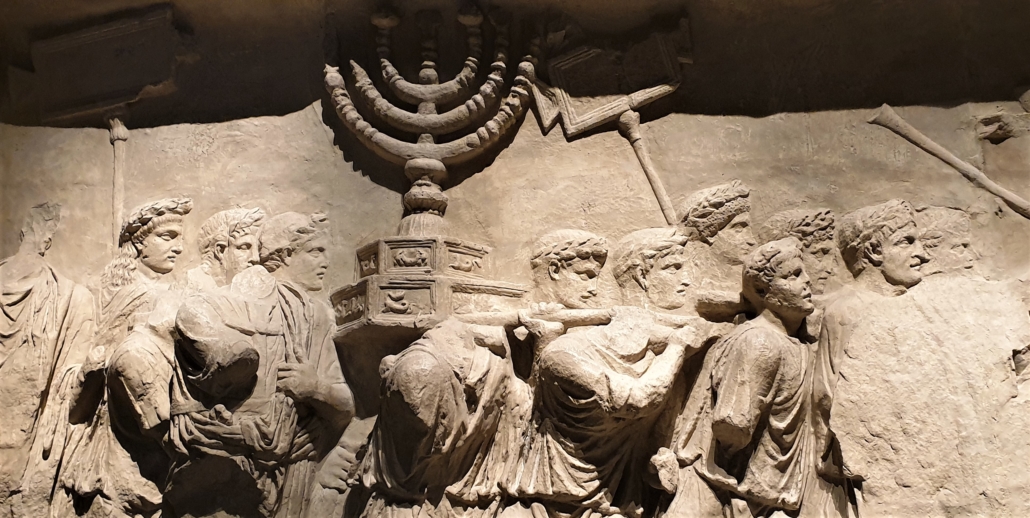 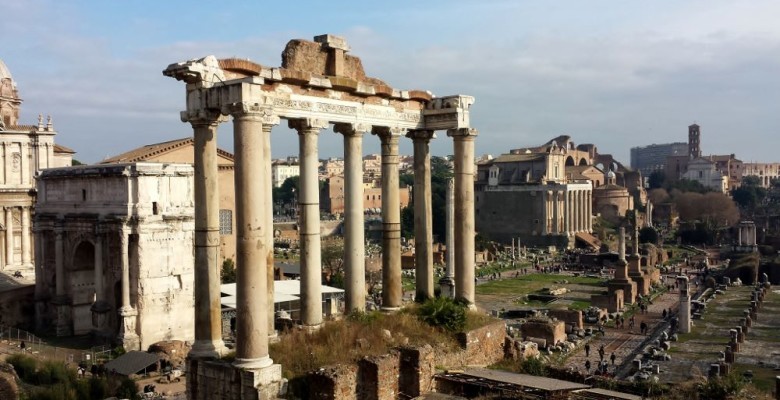 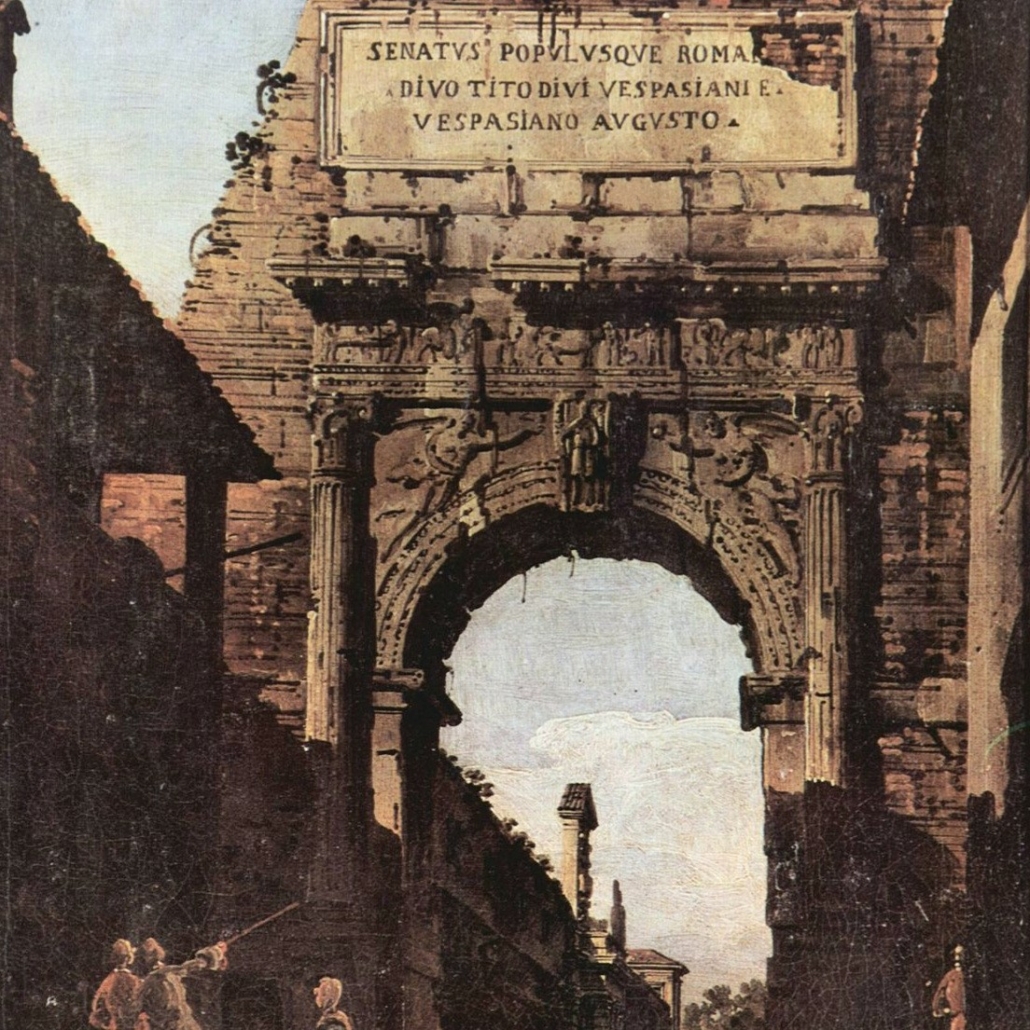 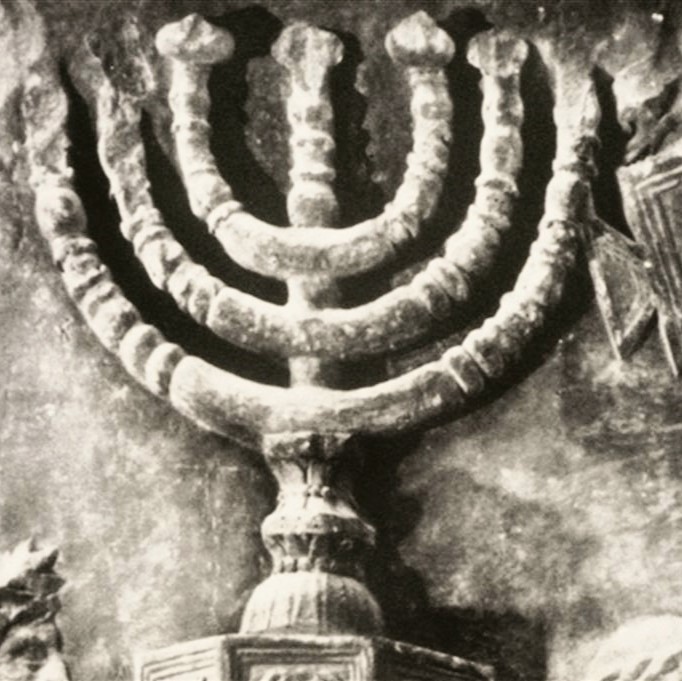 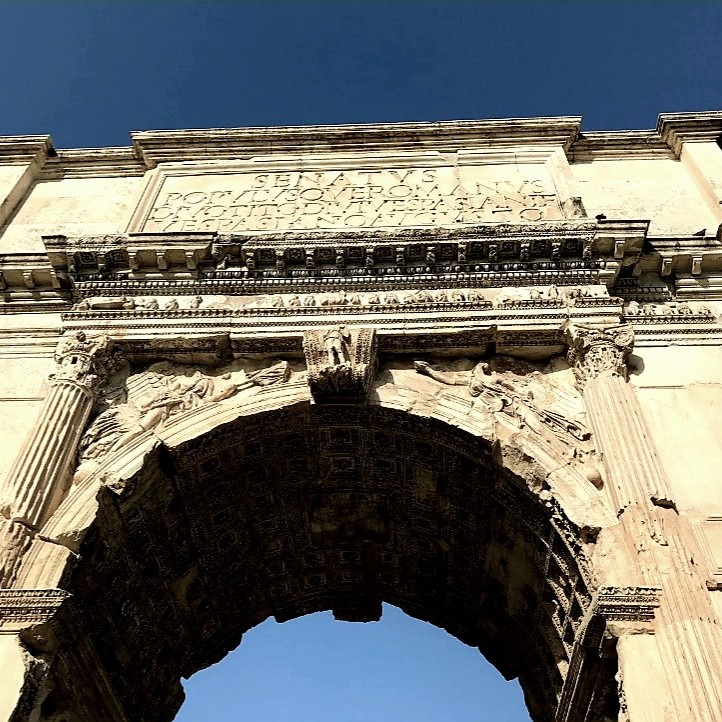 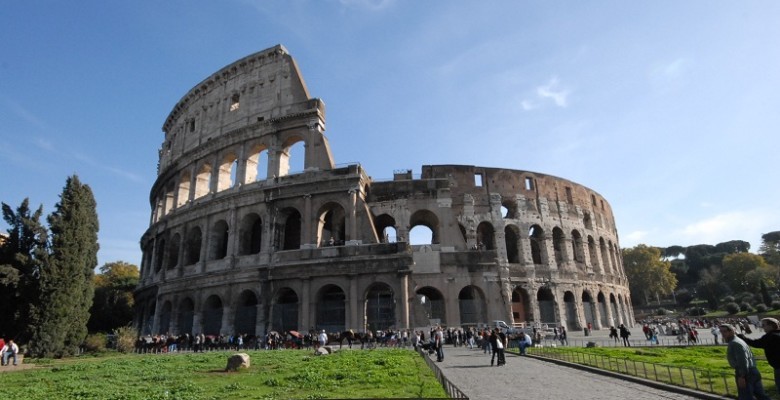 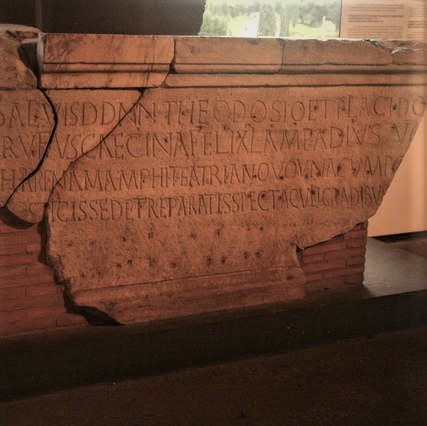 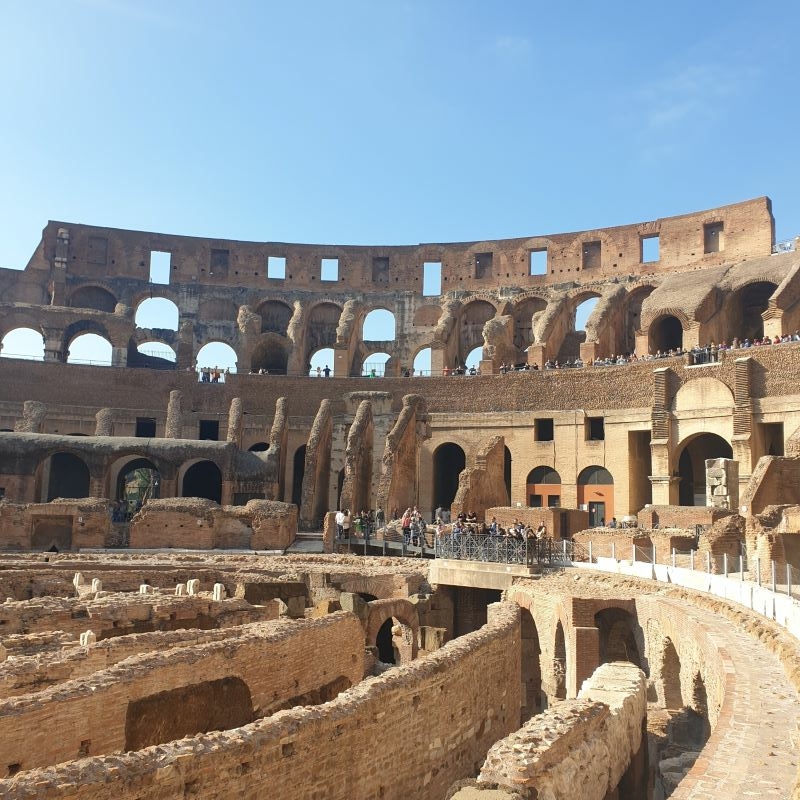 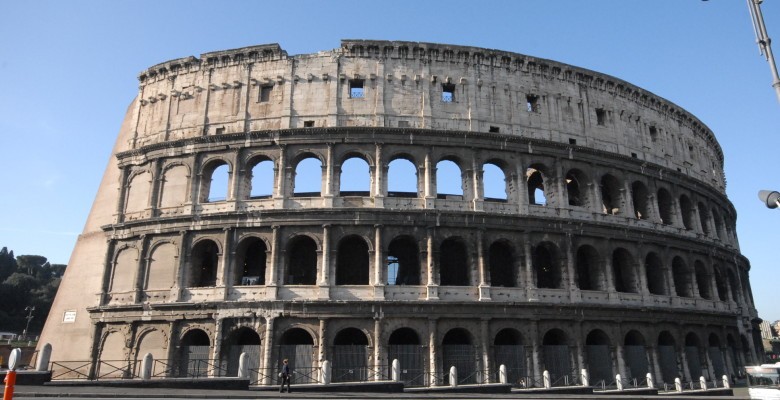 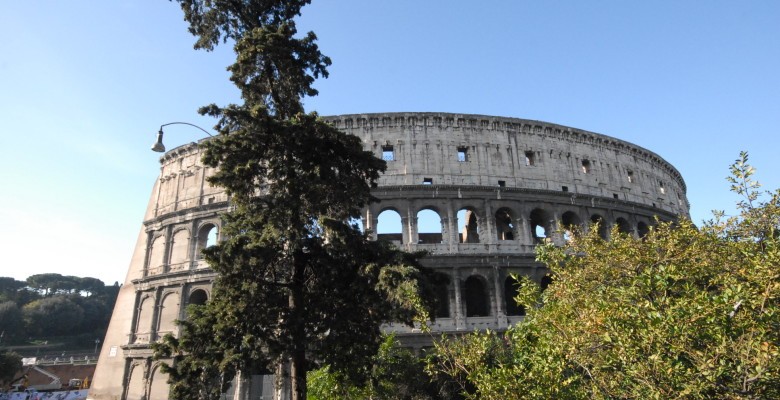 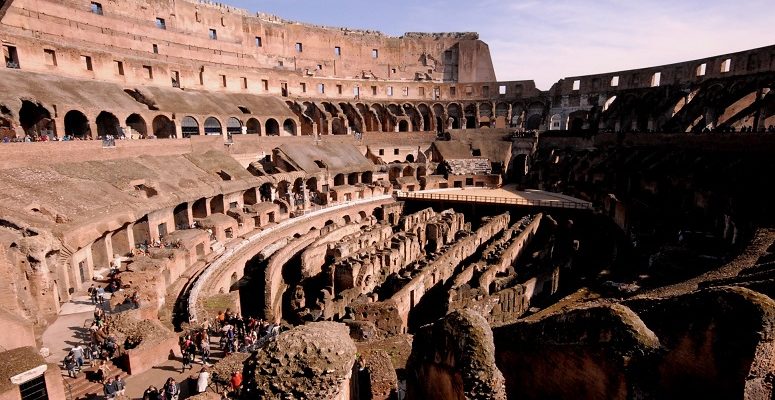 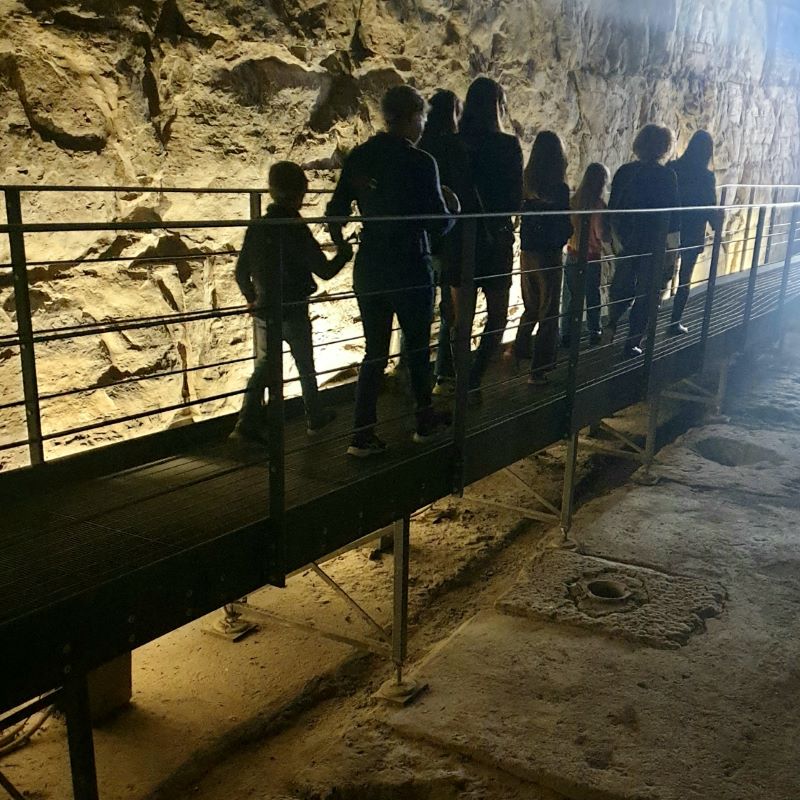 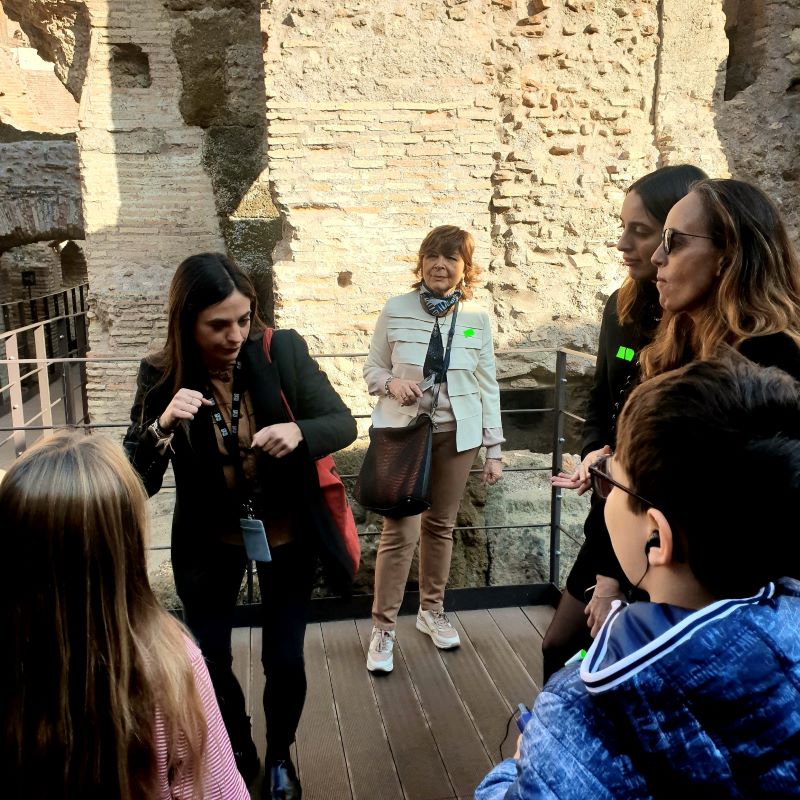 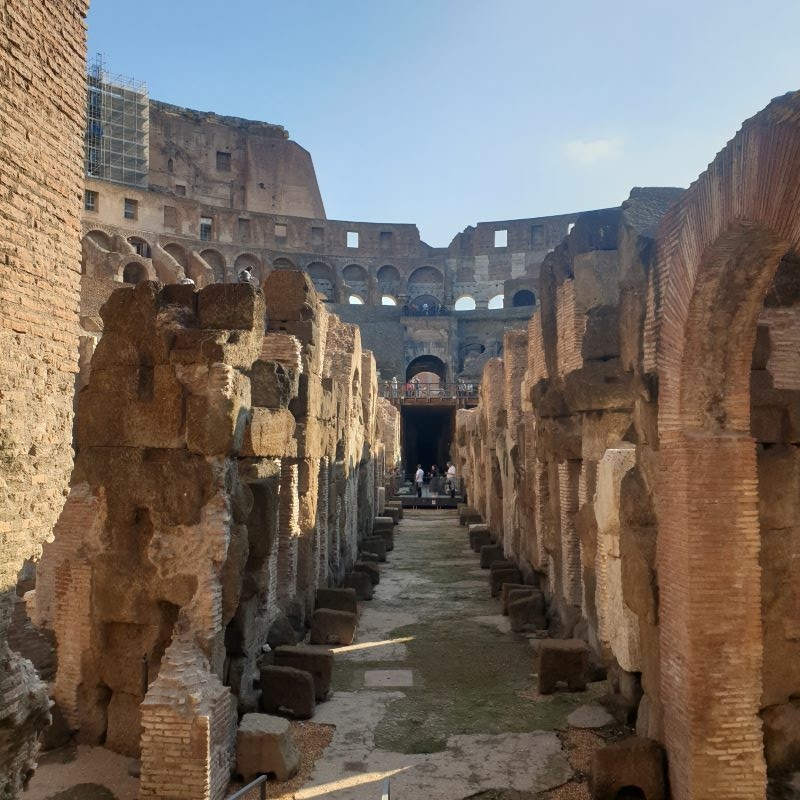 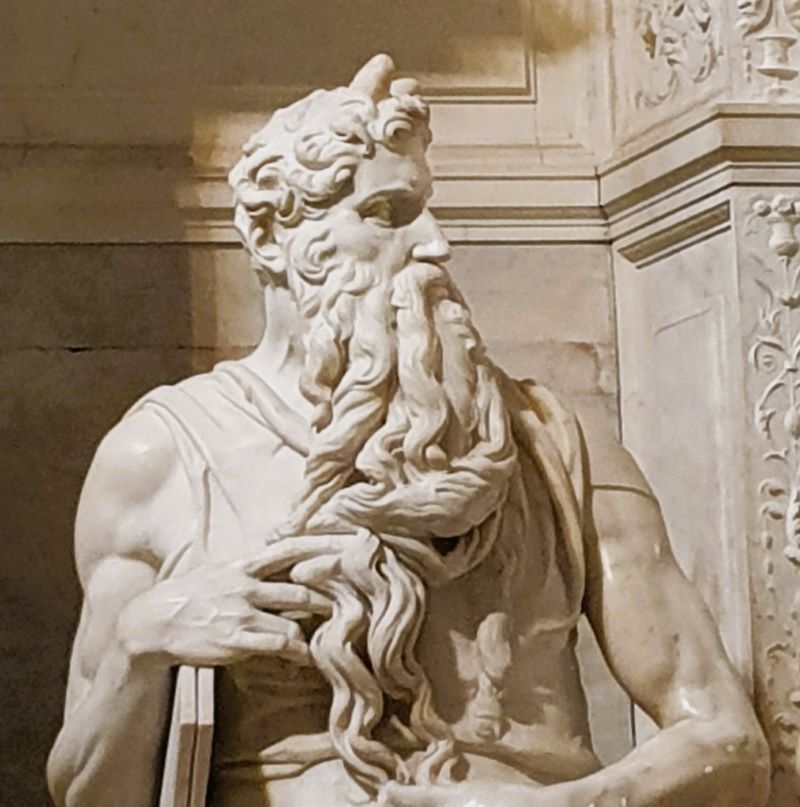 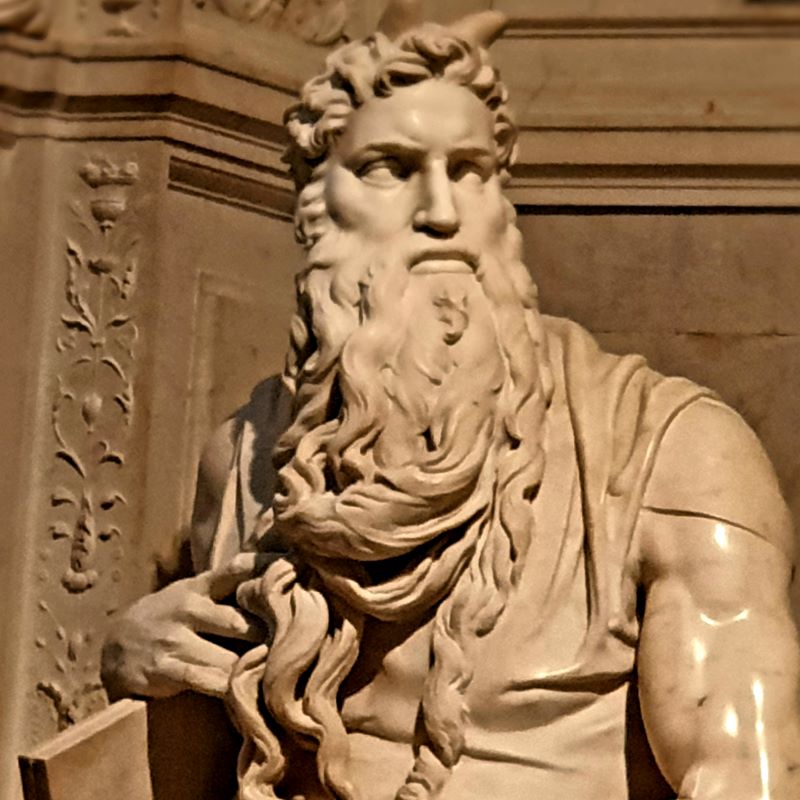 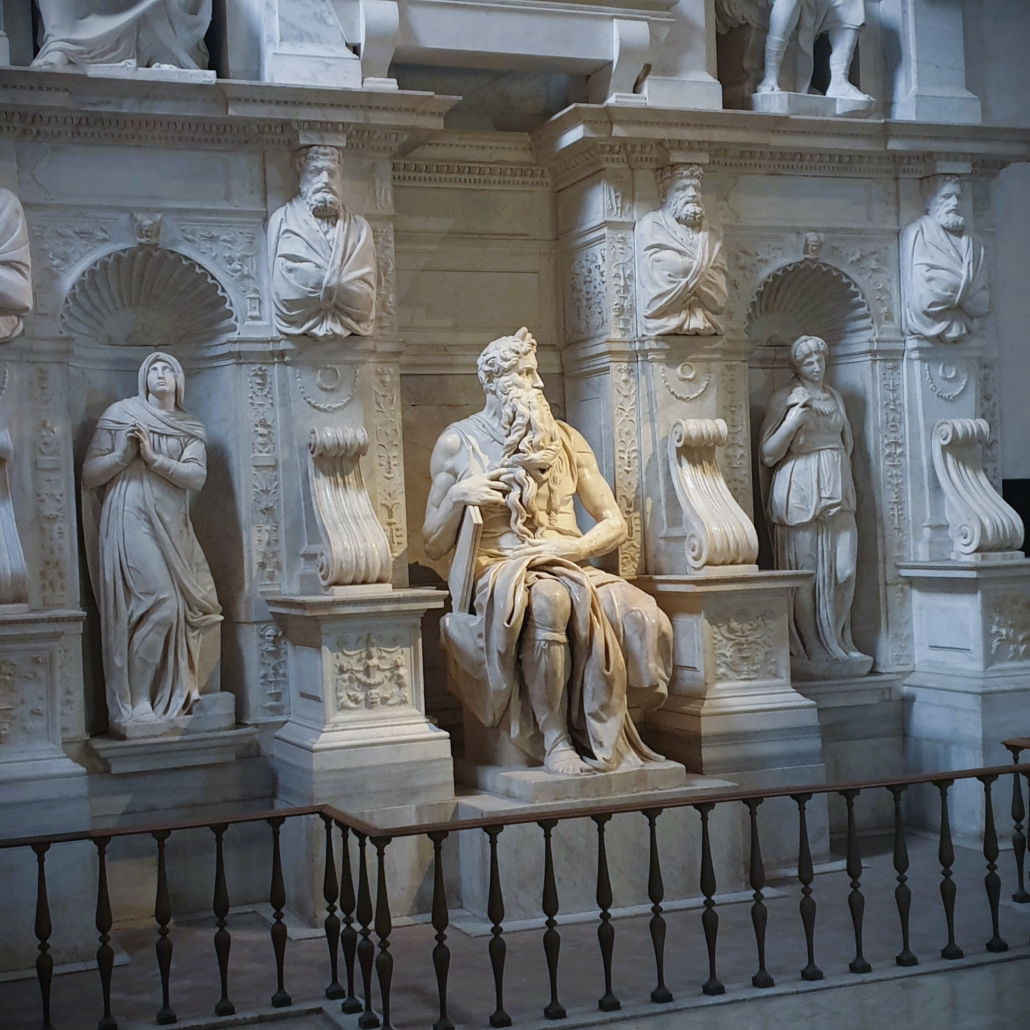 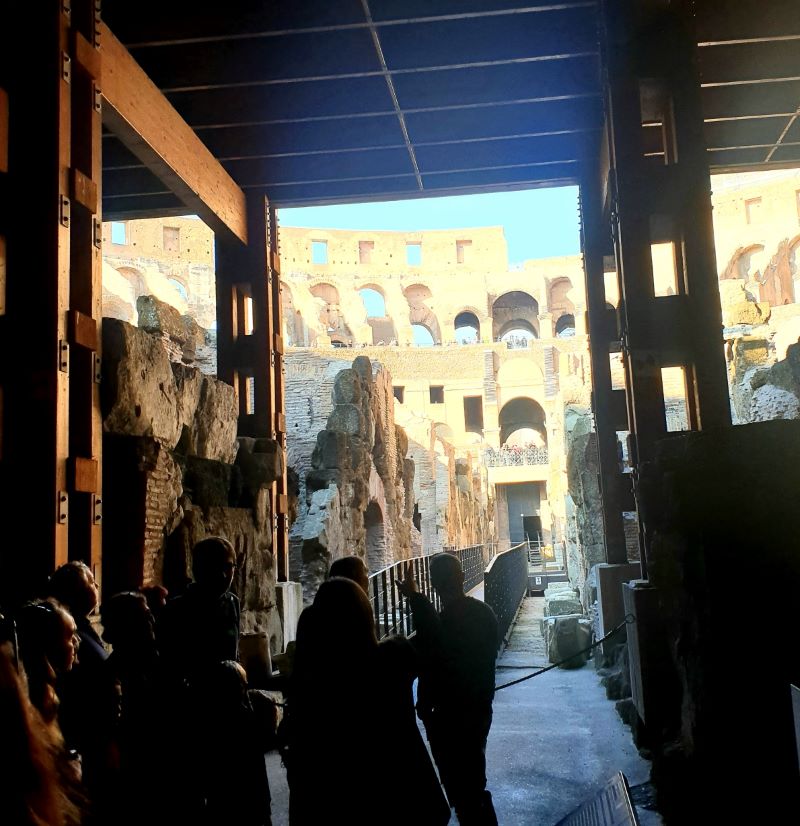 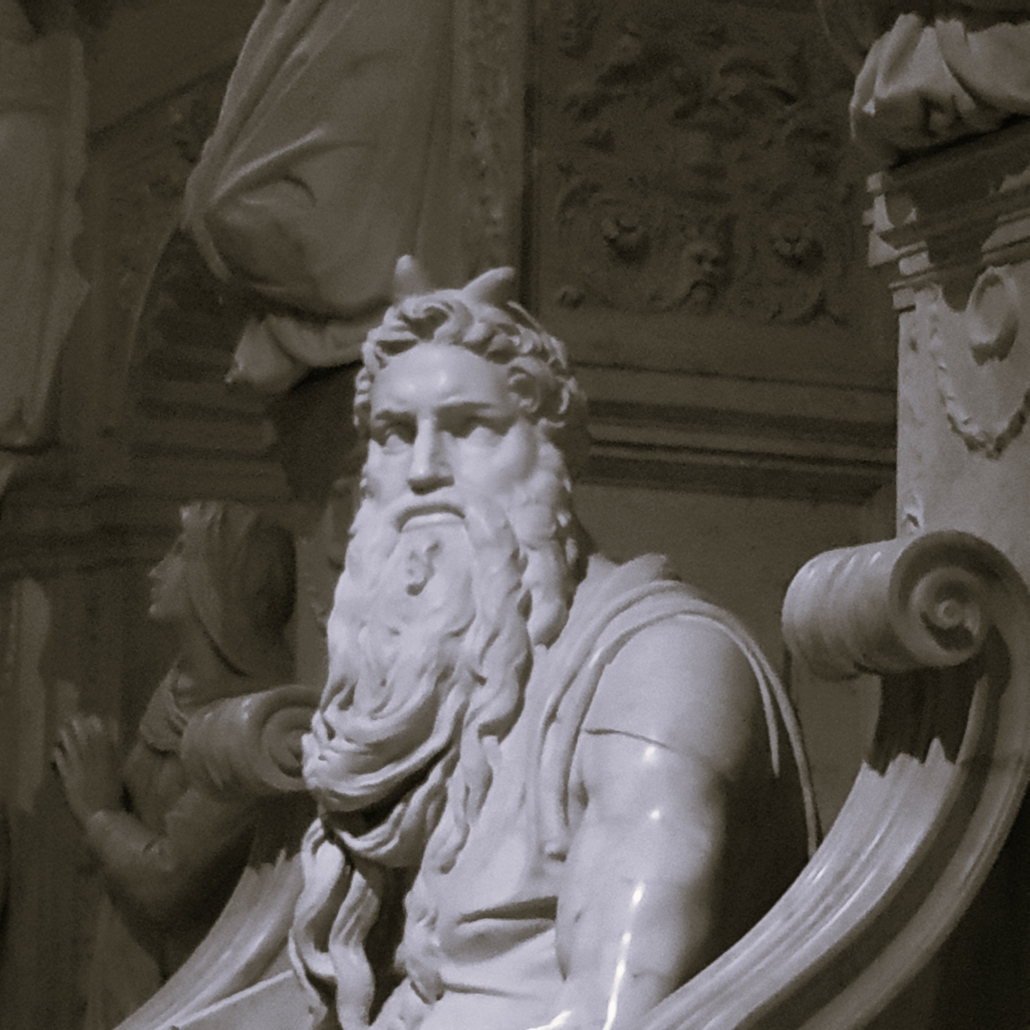 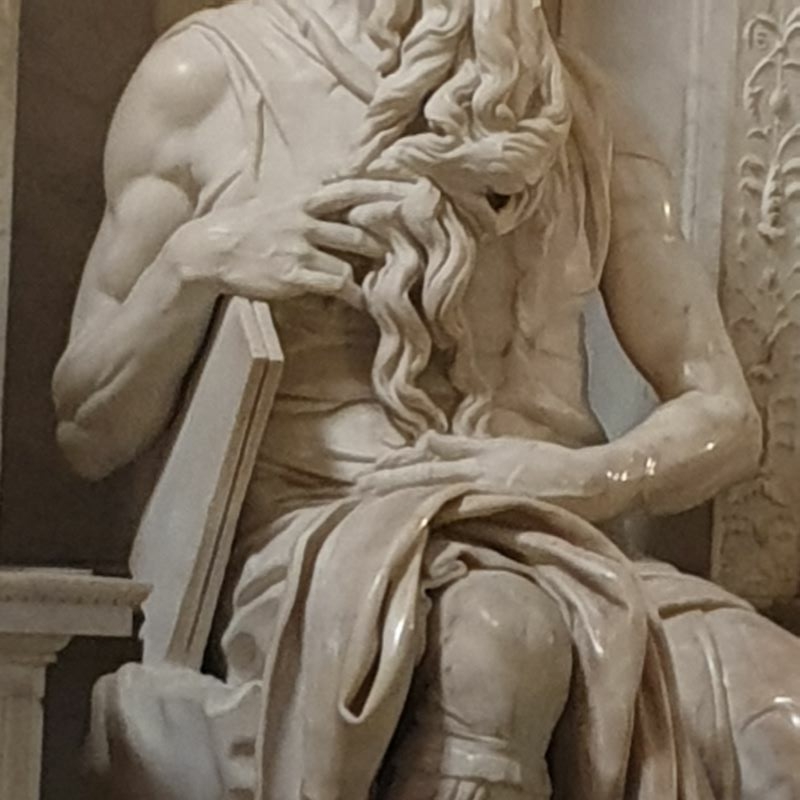 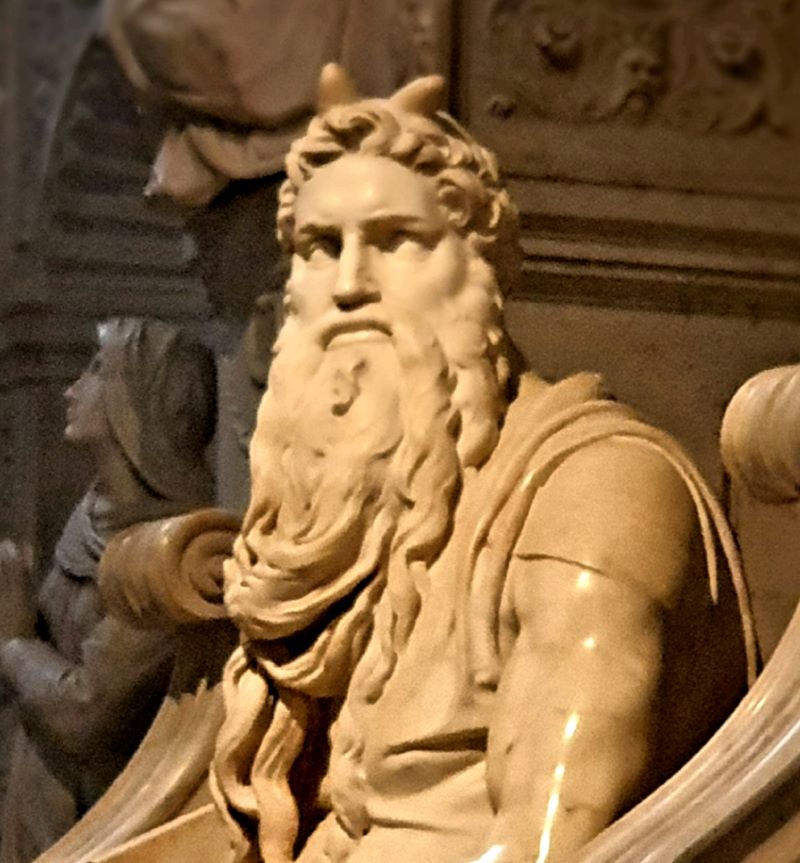 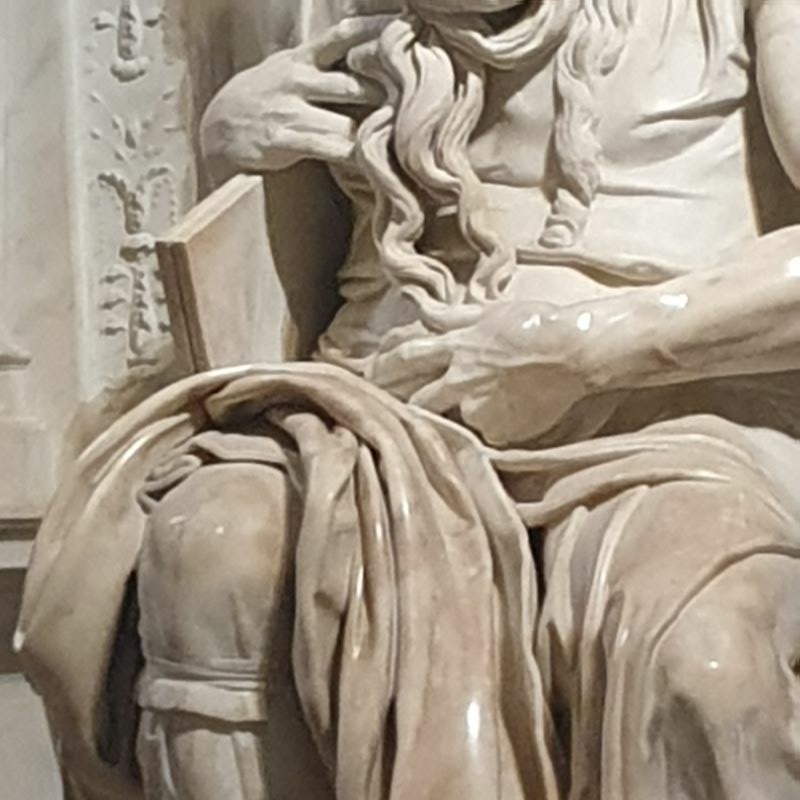 THE COLOSSEUM, THE JEWS, AND MOSES

THE COLOSSEUM, THE JEWS, AND MOSES – This is a 3-hour tour focusing on the Colosseum, the Roman Forum, and the Arch of Titus on the Palatine Hill, considered and interpreted through the lens of Jewish history.
The itinerary ends in the nearing Church of St Peter in Chains, to admire and discuss a universal icon: Michelangelo’s Moses.

A ghost inscription, I.e., an older inscription hidden underneath a more recent one, was detected by Professor Géza Alfoldy (Heidelberg University), and interpreted this way:

Historians agree that the war spoils mentioned can only refer to the Judaic war conducted by Vespasian and Titus. The inscription is visible today at the entrance to the Colosseum.

The Talmud describes in detail the Temple of Jerusalem and its immense wealth. The temple was also used as a bank by widows and orphans, as no one would have dared to steal from it.

The Jewish historian and military leader Flavius Josephus relates, in The Wars of the Jews (75 C.E.) about the destruction of the Temple of Jerusalem (70 C.E.), and the translation to the Temple of Peace in Rome of these inestimable treasures, including the seven-branched Golden Menorah.

He also narrates about the many thousands of Jews deported to Rome at that time. According to tradition, the Colosseum, or Flavian Theater, was built just a few years later mostly by Jewish slaves. Our tour will debate how much truth is contained by this statement, trying to establish how much was built by slaves and how much by free labourers.

THE COLOSSEUM, THE JEWS, AND MOSES will proceed inside the Colosseum, where you will learn about its building materials, dimensions, original functions, long decline.

You will also hear about the existence, here and elsewhere in the Roman Empire, of Jewish gladiators, including a famous rabbi of the 3rd century C.E., Raish Lakish. This notwithstanding the profound horror expressed in the Talmud for those bloody and violent competitions, to which Jews where officially prohibited to attend.

We will then move on to the Arch of Titus on the Palatine Hill, where a famous high relief shows the parading of The Golden Menorah, the Table of the Showbread, and other treasures, meant to glorify the conquerors of Jerusalem. It was built by Domitian, in about 81 C.E., to honour his father Vespasian and his brother Titus who had recently died.

Your guide will remind you how this act sanctioned the beginning of the Jewish Diaspora: through the millennia the Roman Jews constantly refused to pass under Titus’ Arch, at least until the birth of the modern State of Israel. The menorah of Titus’ Arch became the symbol of the State of Israel in 1949.

A stroll in the Roman Forum, the beating heart of Ancient Rome’s daily life, will be the occasion for sketching the political and social development of Rome, with an eye to the position and size of the Jewish community, with special reference to Julius Caesar, who protected them and granted them almost total religious freedom.

Our visit ends in beauty with one of Michelangelo’s most impressive statues, Moses, sculpted around 1513-1515, which is part of Pope Julius II funerary monument in San Pietro in Vincoli, St Peter in Chains, few minutes away from the Roman Forum.

Your guide will briefly summon up the vicissitudes of this monument and the clash of characters between Michelangelo and Pope Julius II Della Rovere.

The focus will then switch to Moses’ statue, whose attitude and expression puzzled and inspired many famous art critics, like Giorgio Vasari, but also mesmerized Sigmund Freud, who in an anonymous essay of 1913 analysed him as if he were not a marble statue, but a real human being.

Freud gives his own interpretation to the attitude of repressed anger and disappointment expressed by the statue’s details, and somehow identifies himself and his present professional situation with the tumultuous relation of Moses with the disobedient Jews.

A word will also be spent about Moses’ famous horns, that didn’t prevent Michelangelo’s masterpiece from becoming, for the Jews of Rome, a highly positive and long-lasting icon of religious identity, and which are most probably due to an error in translating Exodus from Hebrew into Latin. 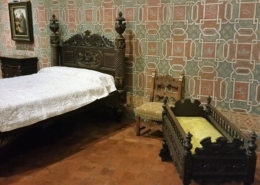 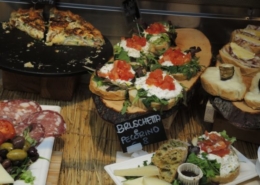 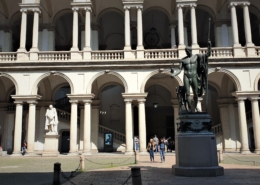 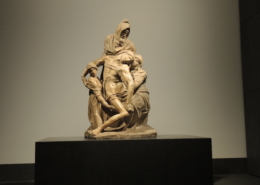 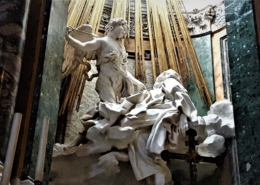 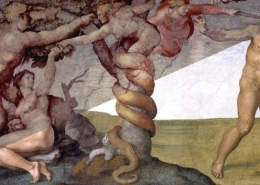