THE BLESSED HILLS OF PROSECCO SUPERIORE 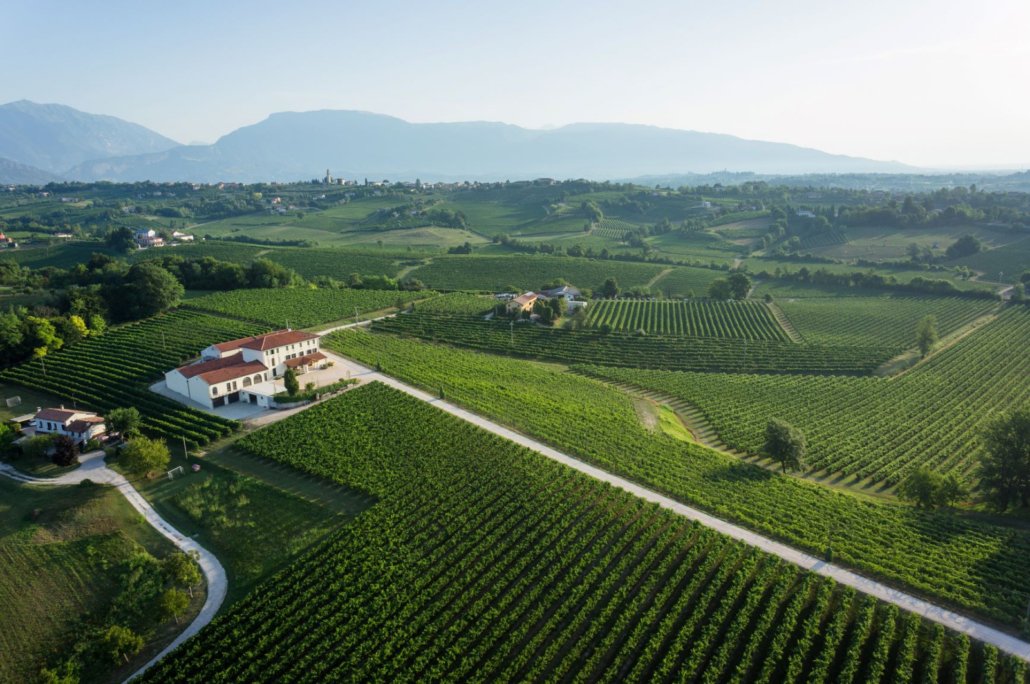 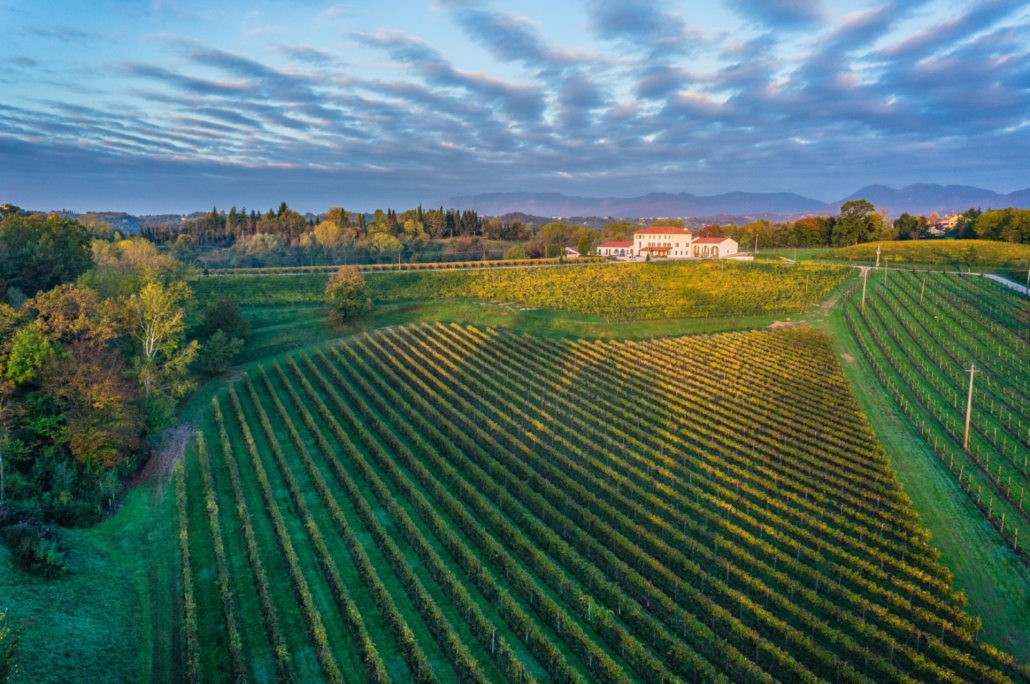 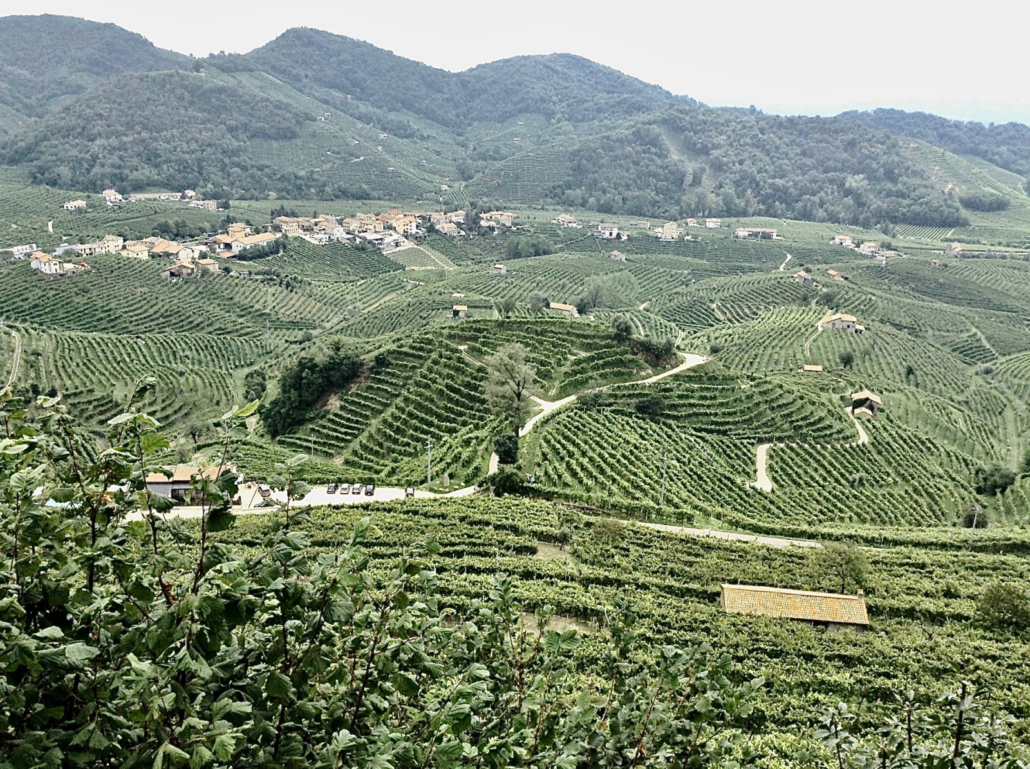 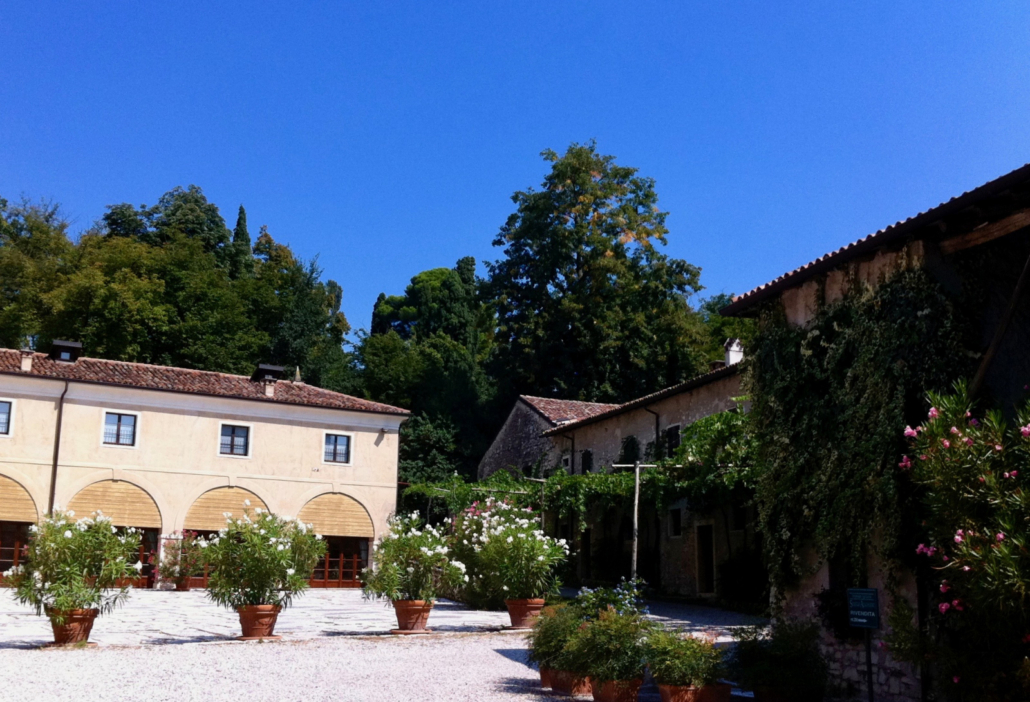 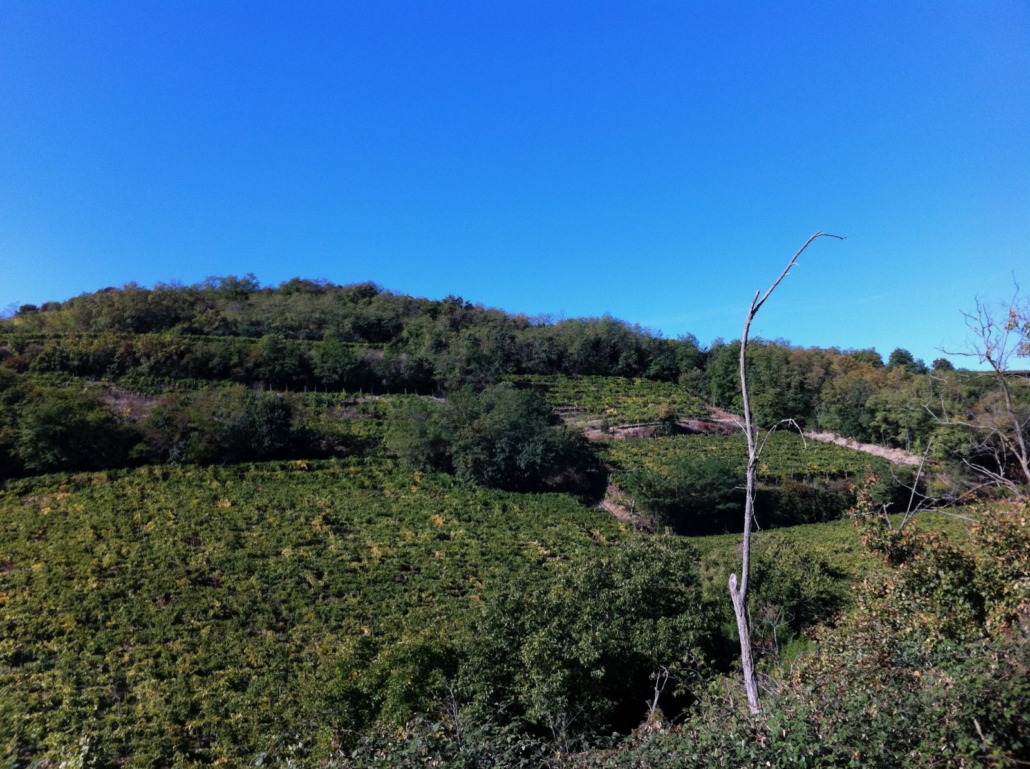 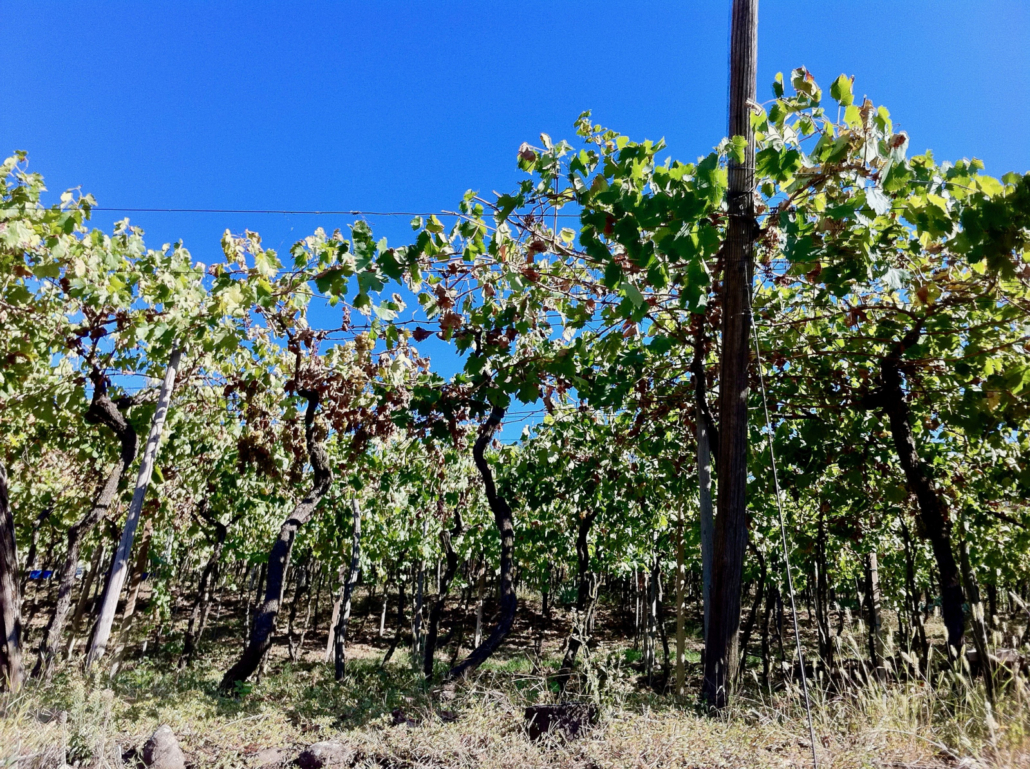 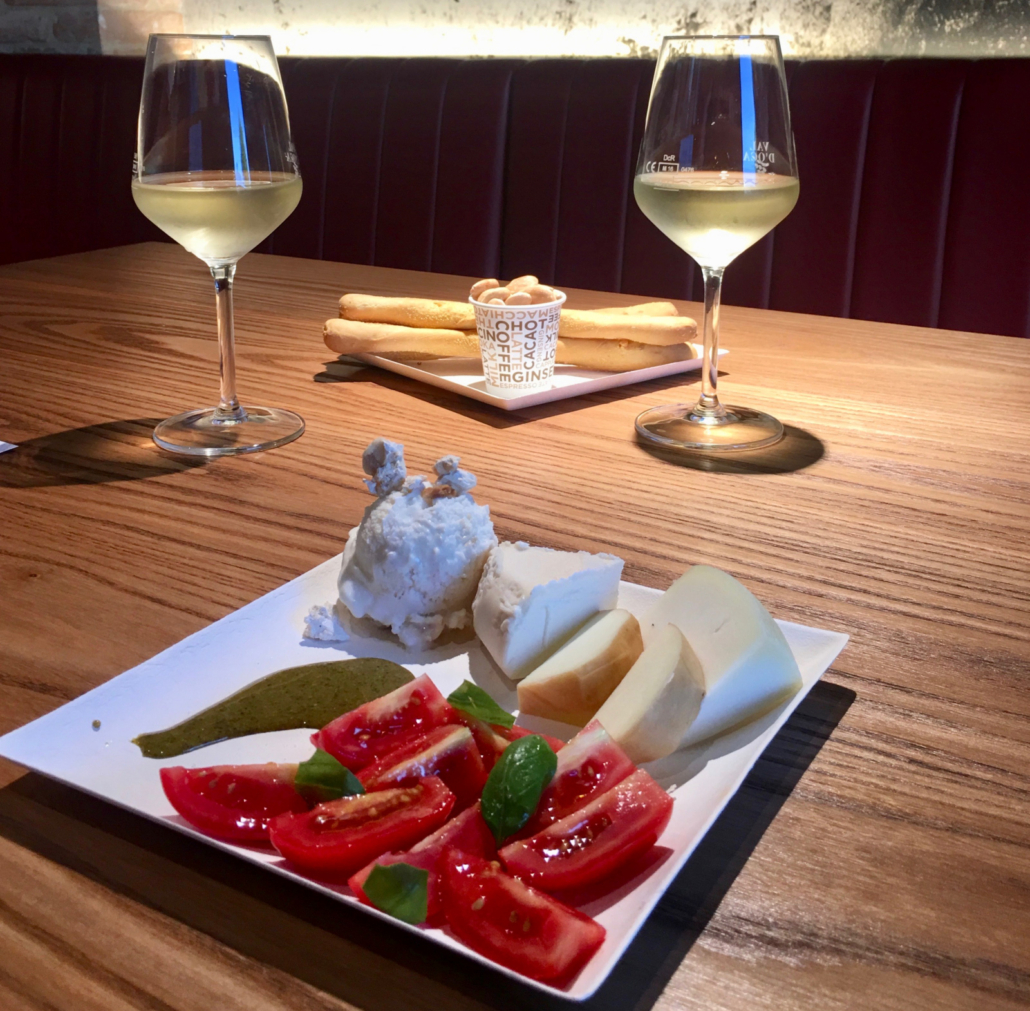 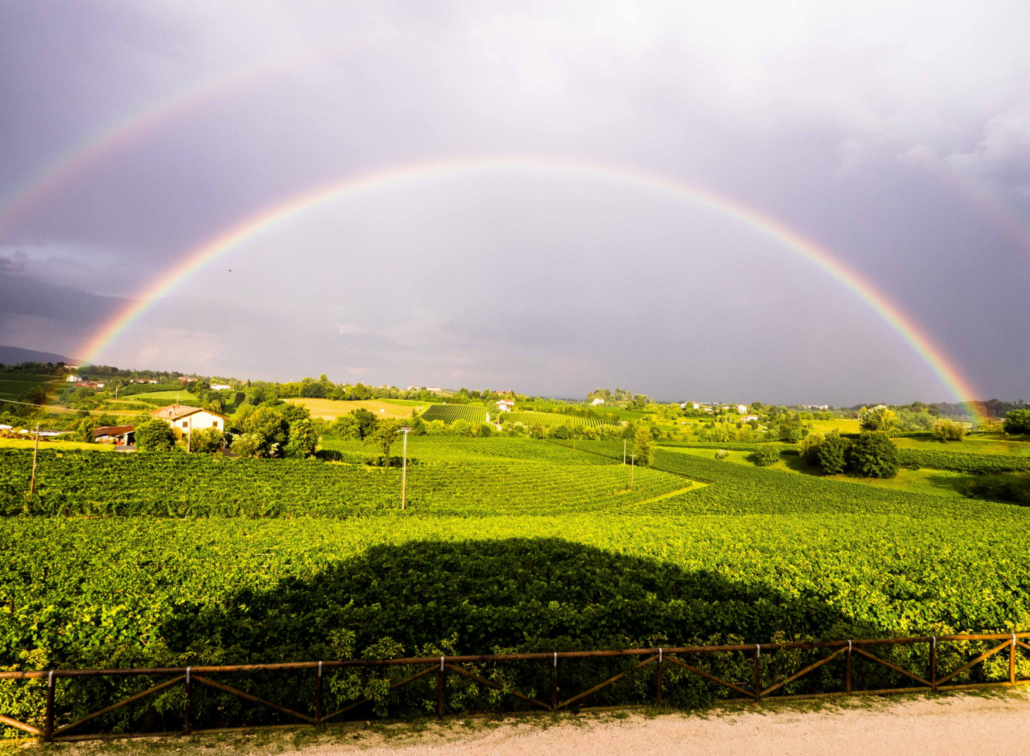 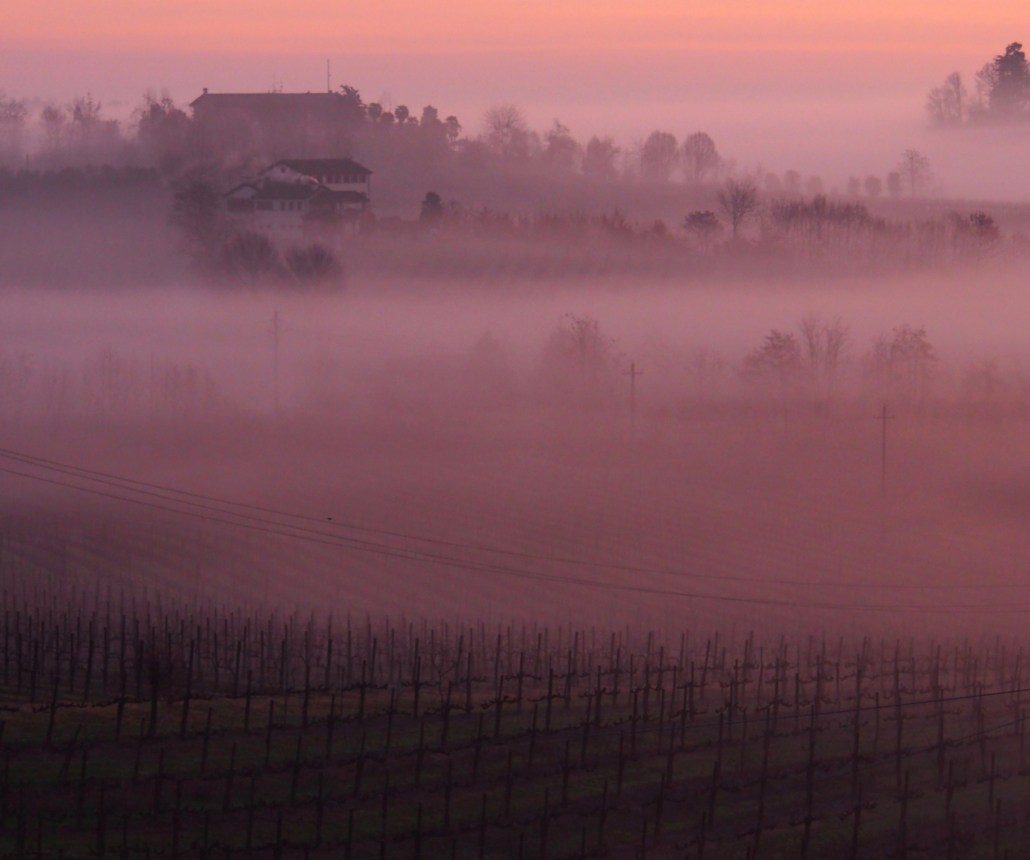 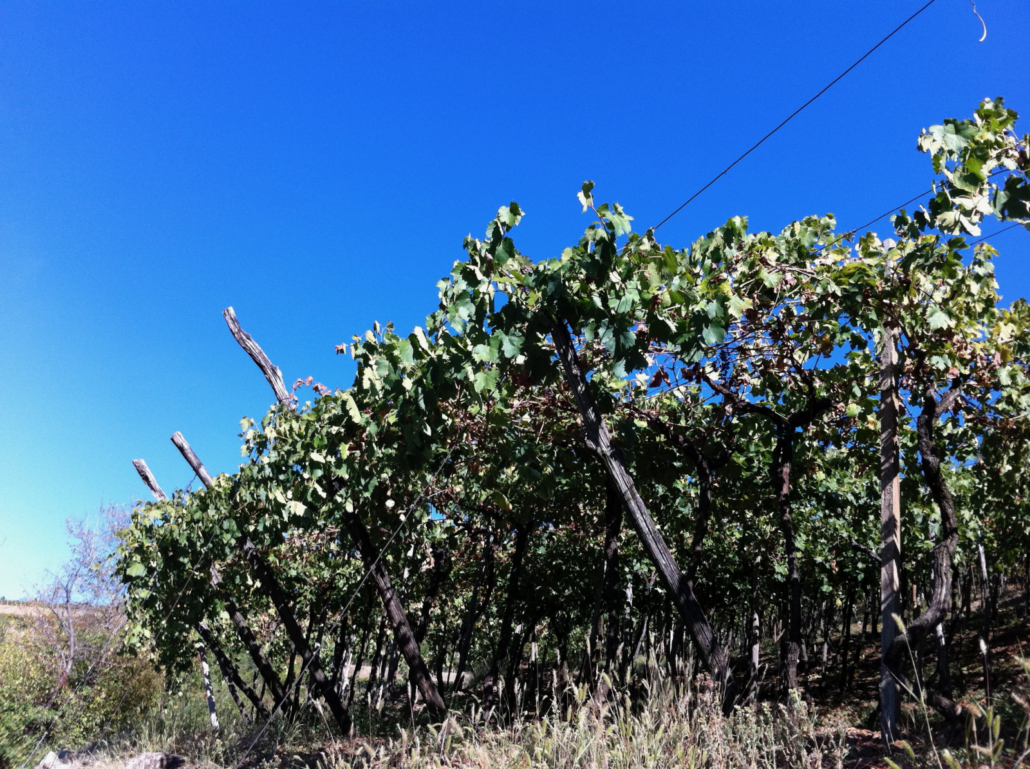 THE BLESSED HILLS OF PROSECCO SUPERIORE

As we started to design a tour of “The blessed hills of Prosecco Superiore”, we intended to provide an overall view of an internationally acclaimed area, due to the overwhelming success of the Prosecco sparkling wine.

The key date was 2009 with the official recognition of Conegliano-Valdobbiadene Prosecco Superiore Docg to the highest classification in Italy, and a minor appellation titled Prosecco Doc, produced in a vaste area that covers both Veneto and Friuli Venezia-Giulia Region plains.

In geographical terms, the small towns of Conegliano and Valdobbiadene are located at the extreme ends of the wine district, about 31 miles distance from each other and one hour drive away from Venice.

Vineyards cover approximately 22.000 acres, cultivated by 3.000 grape growers, and processed by 182 wineries for an annual added value of 489 million euro, a major economic resource for the region.

Roughly 90 million bottles of Prosecco Docg are exported all over the world, especially to Germany, UK, Switzerland, USA and to 150 additional foreign markets.

As a result, the rapid increase of international sales, the fair value for money, the easy-drinking character of the wine, and the sheer beauty of the hilly countryside led to the prestigious achievement of Unesco World Heritage Site on July 9th, 2019.

Our full day trip to “The blessed hills of Prosecco Superiore” aims at highlighting all the different aspects of a rural community gathered around 15 municipalities of the Treviso province, not entirely focussed on wine business.Your full day tour begins in the early morning, your wine expert meets you at the hotel in Venice or in a different town in Veneto, and drive by luxury car to the first destination, Conegliano.

This Roman origin town is overlooked by the Medieval age castle on a hilltop, which testifies the strategic location of the venue on the way to Northern Europe.

The memories of the Middle Ages still survive in the picturesque district called Contrada Granda, lined with Renaissance brick buildings displaying the largest frescoed façades in the region.

Once the buildings used to host the headquarters of old confraternities and workshops, today replaced by stylish shops, food stores, and traditional wine bars.

Your guide will point out the 15th century bellower of St. Leonard Duomo, nested among the long row of houses.

Inside the church, it is worth reminding the remarkable altarpiece of the  “The Virgin Mary with Child in majesty between Angels and Saints” painted by Giambattista Cima in 1492, who was born and raised in Conegliano, although he made his reputation in Venice where he became one of the most reputed artists of the early Renaissance.

In 1876 a prophetic event heralded a new age in the history of Italian wine, the foundation of the first Enology School which soon became a brilliant example for the whole country and the home of technical experiments for the production of a fine sparkling wine, the Prosecco made from Glera grape.

As far as we know, the term Prosecco dates back to 1772, mentioned by Francesco Maria Malvolti in a local review, when it was just a young white wine fermented in the bottle.

In the late 1940’s the enologist Antonio Carpené developed

the pressurized tanks method for the production of a light, clear and floral sparkling wine, which nowadays is classified in various styles.

With the help of your guide you will learn the differences among them in a winery carefully selected for its panoramic location, and its quality. Due to the clayey soil, the Prosecco from Conegliano is more structured and richer in alcohol than the one in Valdobbiadene, much fruitier and aromatic.

According to different sugar levels, Prosecco Docg Extra Brut is very dry and acidic, while Brut is more balanced, followed by Extra Dry and Dry version, both of them pleasantly smooth.

As you leave Conegliano and head towards the hilly region, you appreciate at once the variety of landscapes, the so-called “mosaic style” one, comprising vineyards perched on ridges with dry stoneworks or willow rows that separate different properties, sometimes surrounded by chestnut groves.

Here and there, bell towers stand out among the green areas, like San Pietro di Feletto’s Pieve, a parish church dating back to the 11th century, standing on a scenic spot on the Piave River valley and the rural surroundings.

The interior was entirely decorated with frescoes between 12th-15th century, and carefully restored about 20 years ago, with episodes taken from the Passion of Christ and St.Sebastian, patron Saint of the plague victims and the archers.

As you drive down the hill you come across Refrontolo, whose name recalls a dessert red wine, the Refrontolo Passito Docg made from 100% Marzemino red grape.

Despite the primacy of white varieties, this red Passito found its place of honor in the local range of wines, often accompanied by dry pastry, chocolate cakes or mature cheeses.

By the way,  as you drive west bound you may pass in front of the Latteria di Soligo, famed for the Casatella and Montasio Dop, two top quality local cheeses, today widely used by native chefs for tasty dishes.

Moreover the Latteria claims the production of the “Imbriago tradizionale Soligo”, or “drunken” cheese, due to the aging in the pomace of young red wine, adding brewing aromas.

The nearby quaint “Molinetto della Croda” is an example of folk architecture dating from the 17th century, a well preserved country house resting on rocky ground that looks on a small lake with a waterfall.

The hydraulic power is still moving the flour mill for the production of ground yellow and white corn, displayed and sold at the souvenir shop together with food produce, books and brochures about the history of the venue.

Your private  “The blessed hills of Prosecco Superiore” itinerary continues with a nice lunch in a typical trattoria.

One of our favorites is the historic Ristorante da Gigetto, located in Miane where the “Fair of the Marroni” is held in the fall, a three week festival dedicated to the best chestnuts grown in the surrounding woods.

Mr. Gigetto inherited an early 1900’s eatery from his grandmother, and since then he has never stopped improving! His menus are strictly seasonal, whose ingredients are supplied by local farms, creameries, and wine producers, making any food experience so significant.

Time permitting, ask your guide to visit the restaurant underground cellar, 7 feet downstairs, and admire the niches carved into the rock containing the most expensive Italian and French bottles, a large selection of sparkling wines from the best known wineries, and the finest spirits, liquors, for a total of 1600 labels.

After lunch on the way to Valdobbiadene, your guide will highlight “le Rive”, that indicate the terraced and steep sloping vineyards.

In 2009 “Docg Rive”  was agreed as a category of Prosecco style, due to various layers of marl sedimentary soil, ideal for producing floral tangy white wines.

To ensure adequate growth, Rive require about 600 hours work in the vineyard, in respect to 150 hours for regular ones, highly skilled and experienced personnel.

One of the most impressive lookout spots is the Cartizze Hill located at Santo Stefano, a Valdobbiadene district.

The hill is carpeted with 270 acres of prime vineyards owned by 140 farmers, who supply the most qualified wineries for the excellent “Superiore di Cartizze  Docg”, a seductive aromatic sparkling wine with scents of pear, apple, peaches and apricots.

Take your camera and spend some time on the hilltop, enjoy the magnificent view of a fairytale landscape, punctuated by tall towers, private estates, country houses, meadows and forests.

This is the best way to introduce you to your last winery in Valdobbiadene and discover further appellations you may never heard of! Learn the long history of the estate and its wine methods before the tasting.

Finally your luxury car will drive you back to the hotel.

Find out more about the finest Veneto wines  in “Gems of Valpolicella and Soave wines” at www.walksinsidevenice.com website.