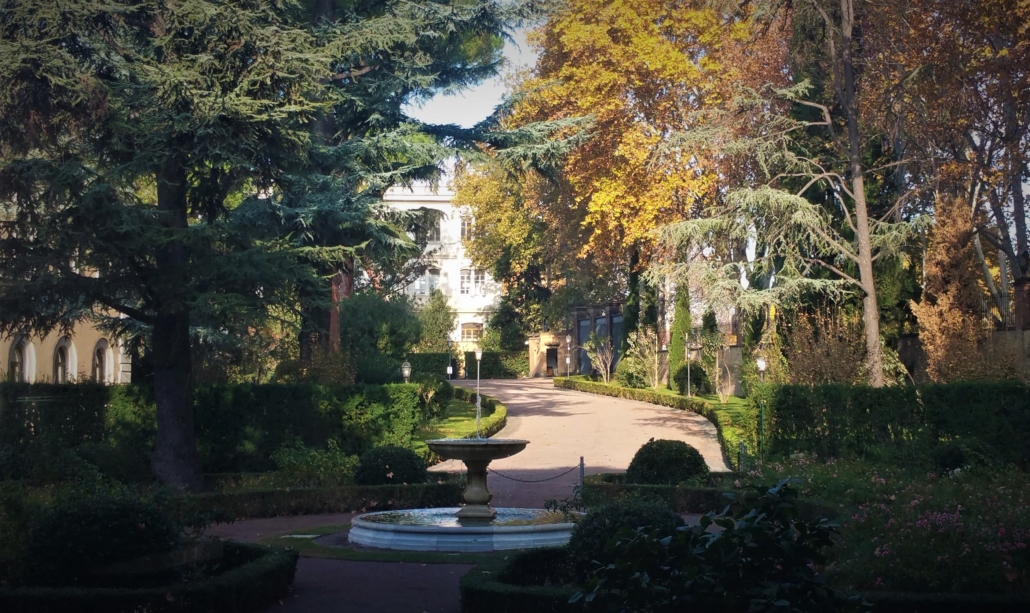 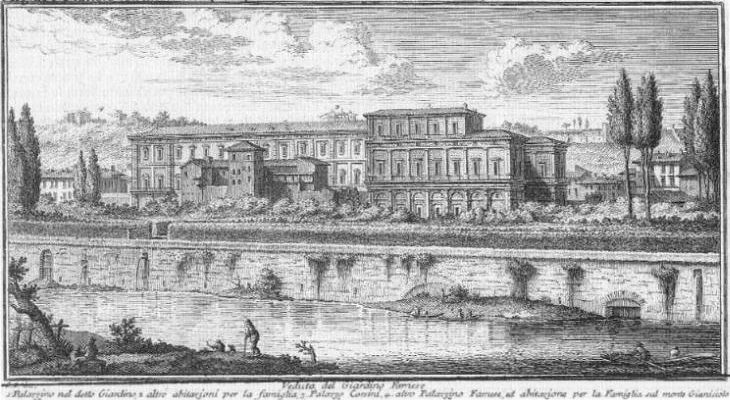 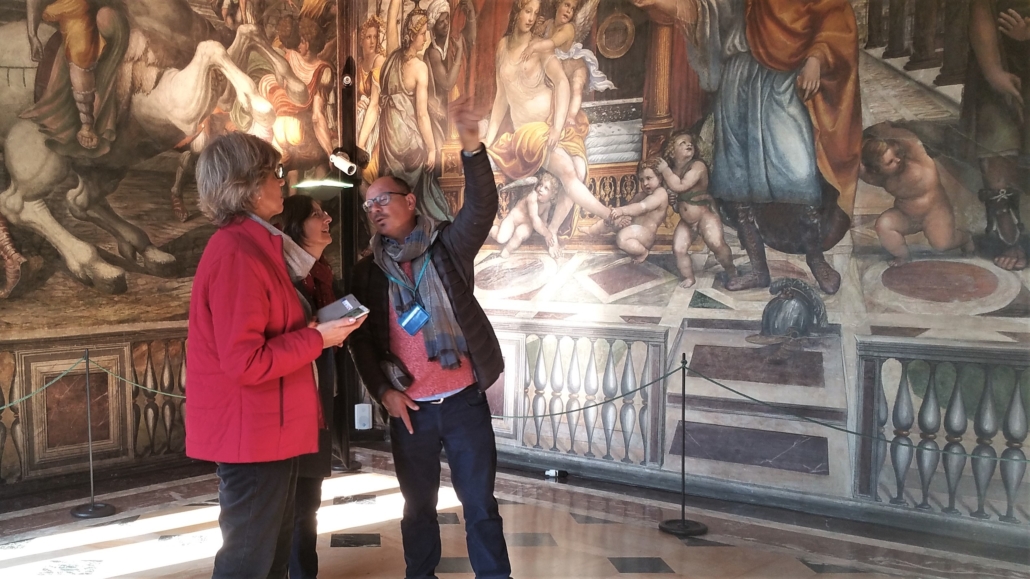 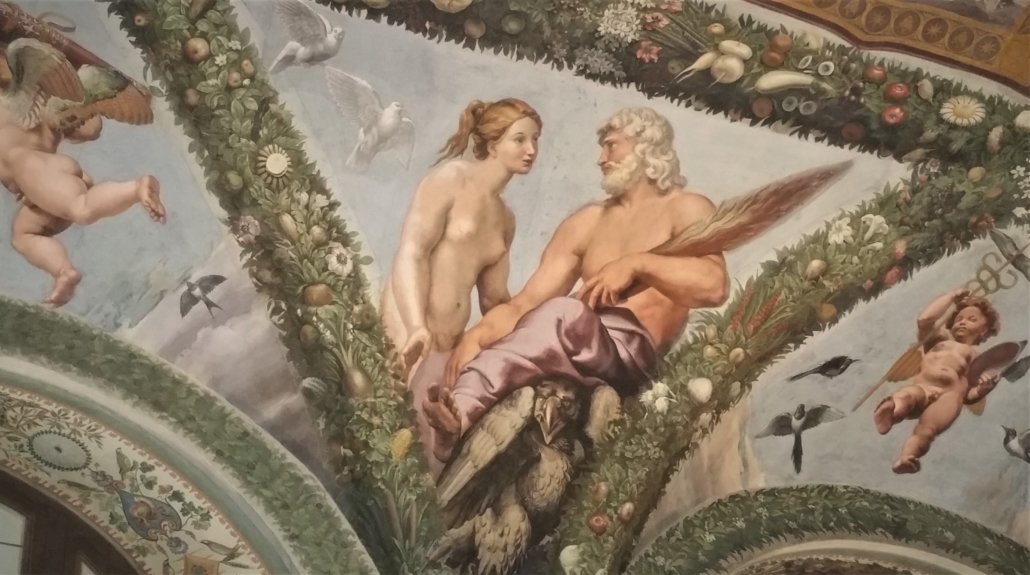 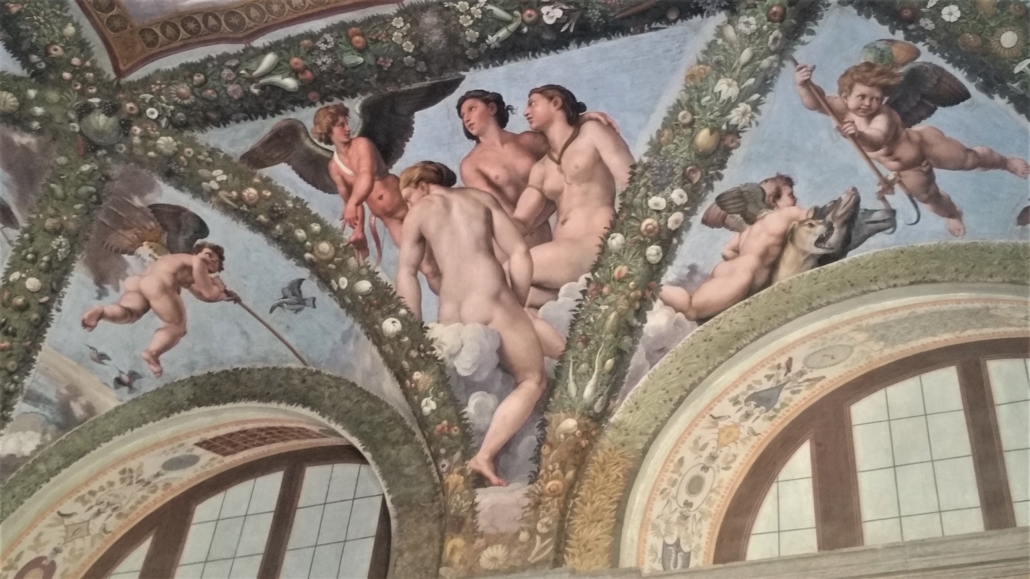 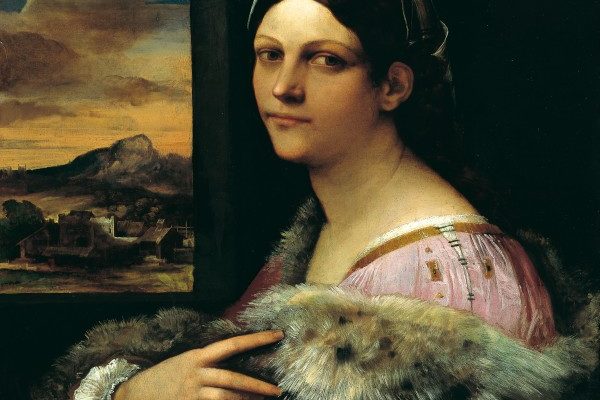 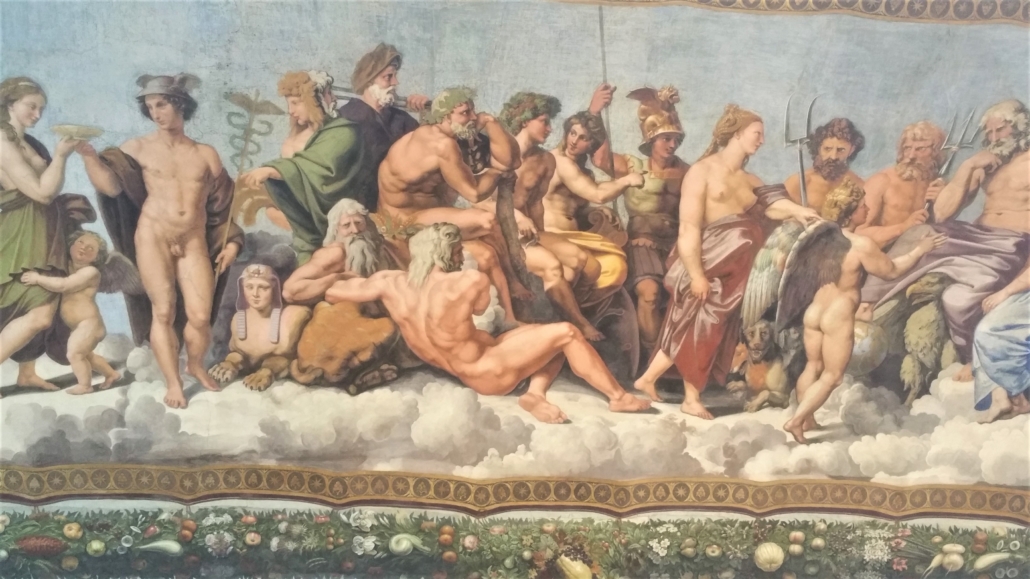 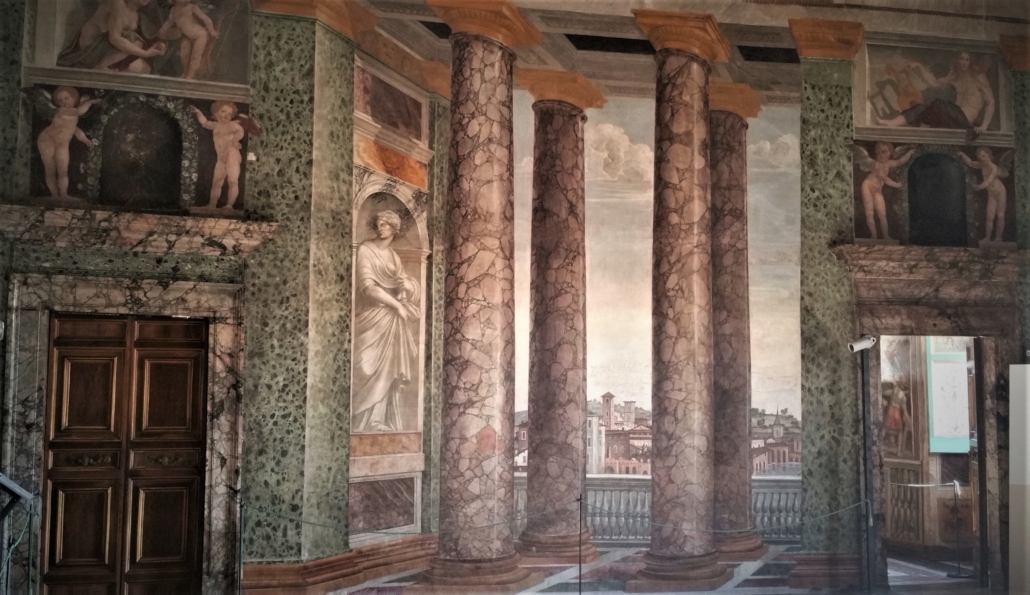 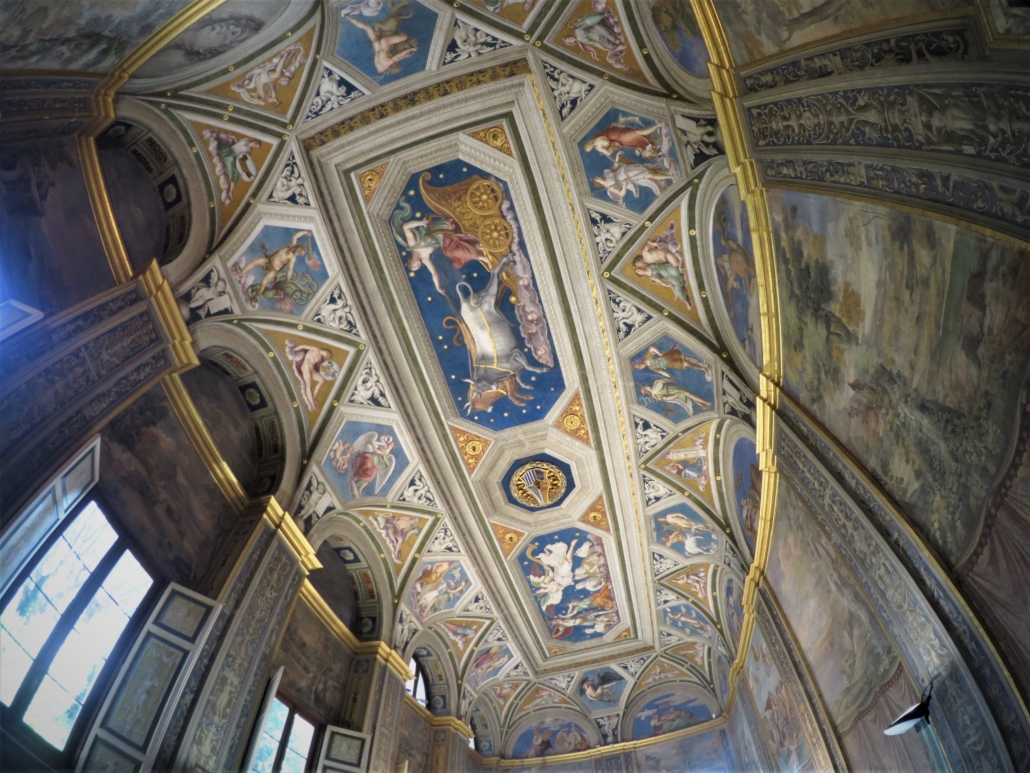 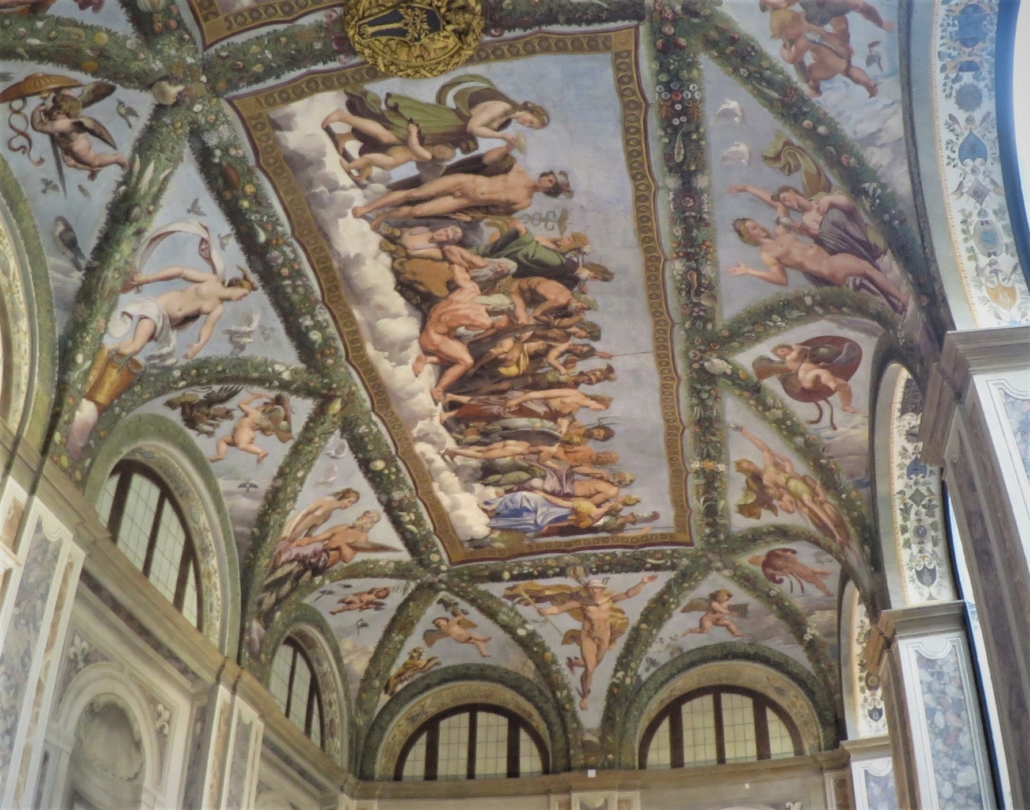 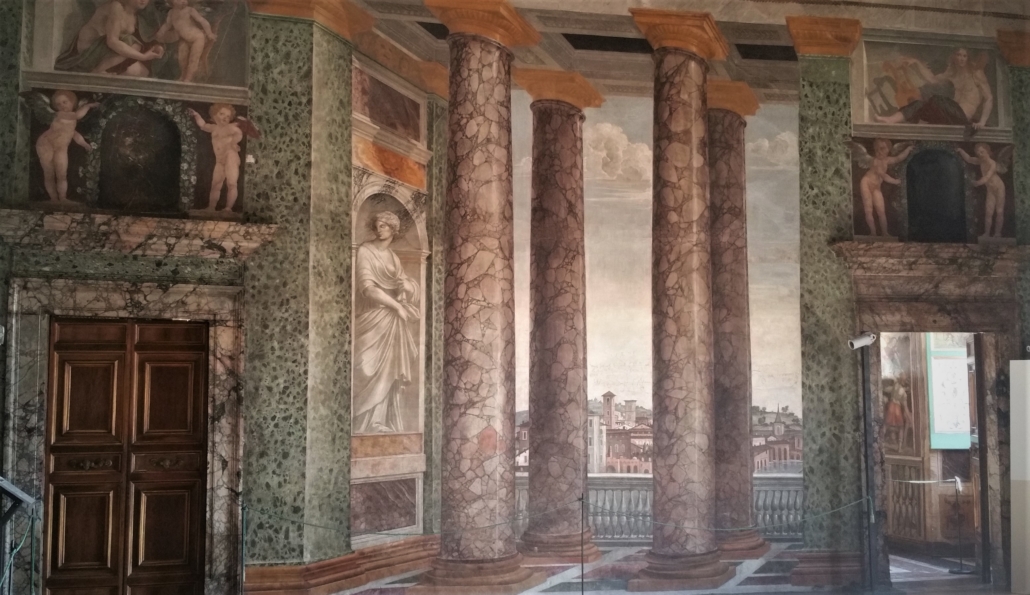 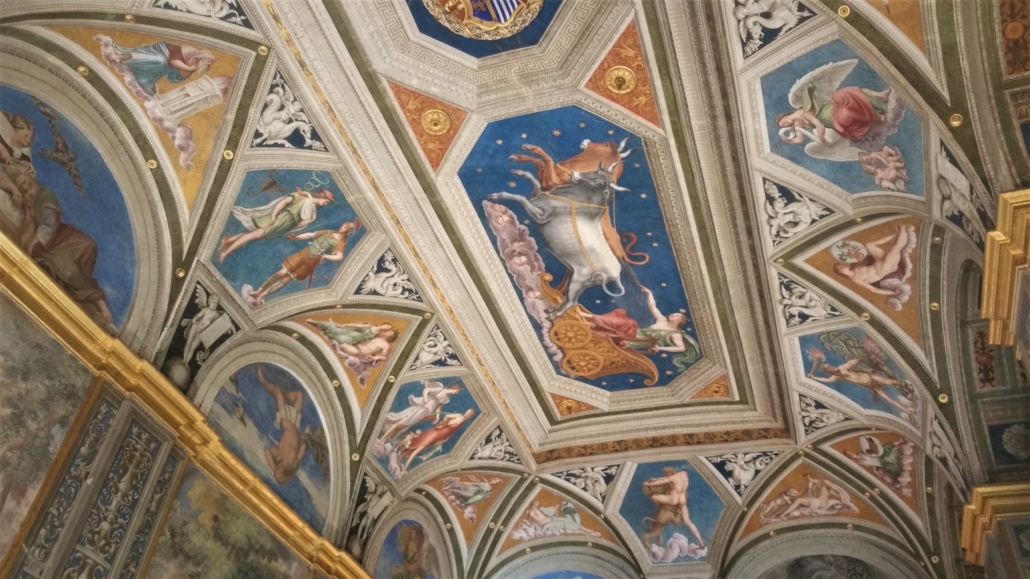 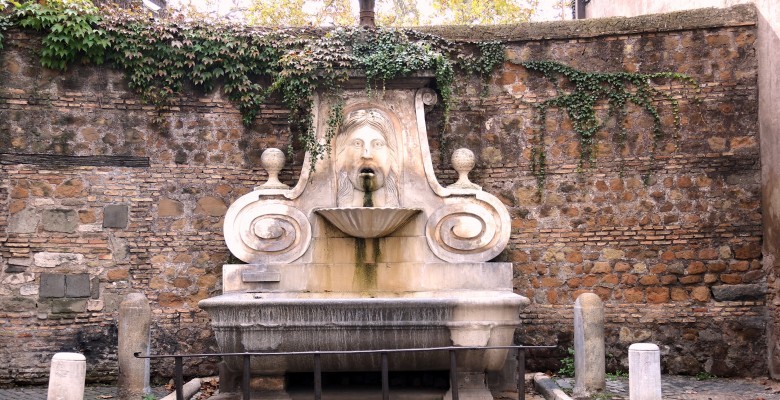 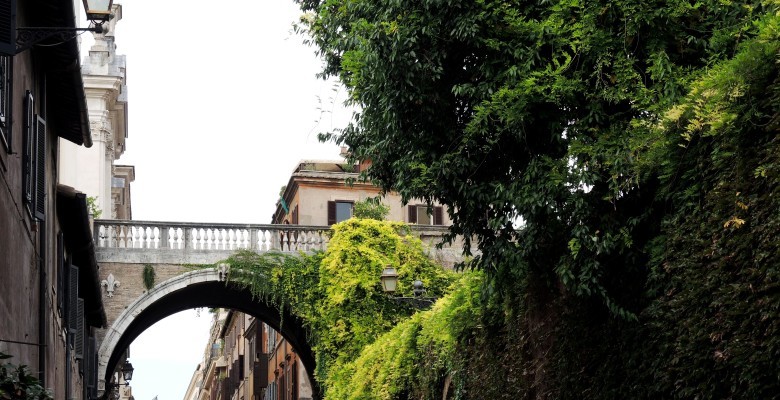 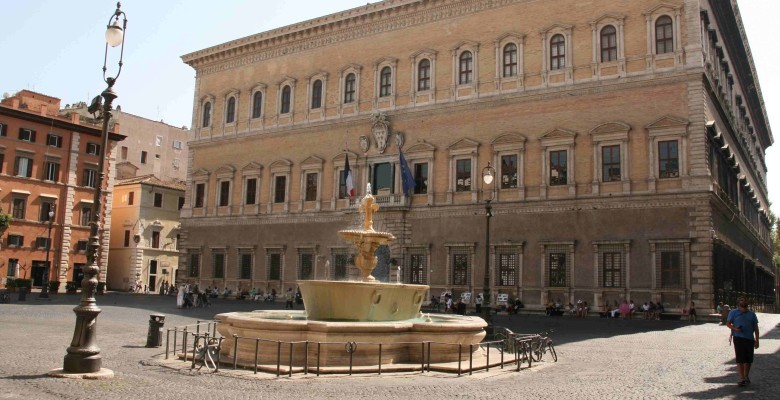 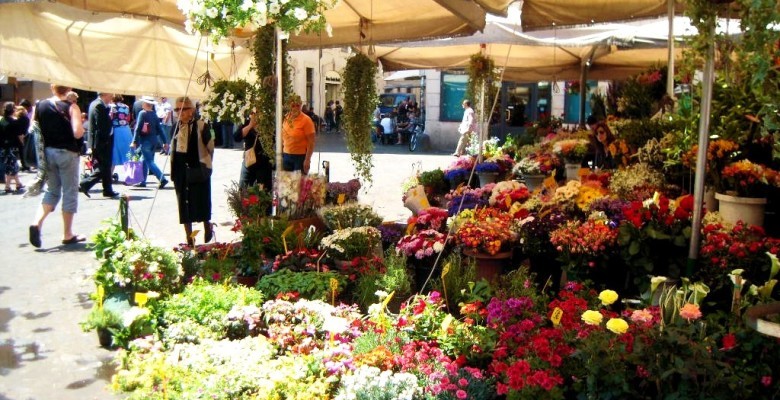 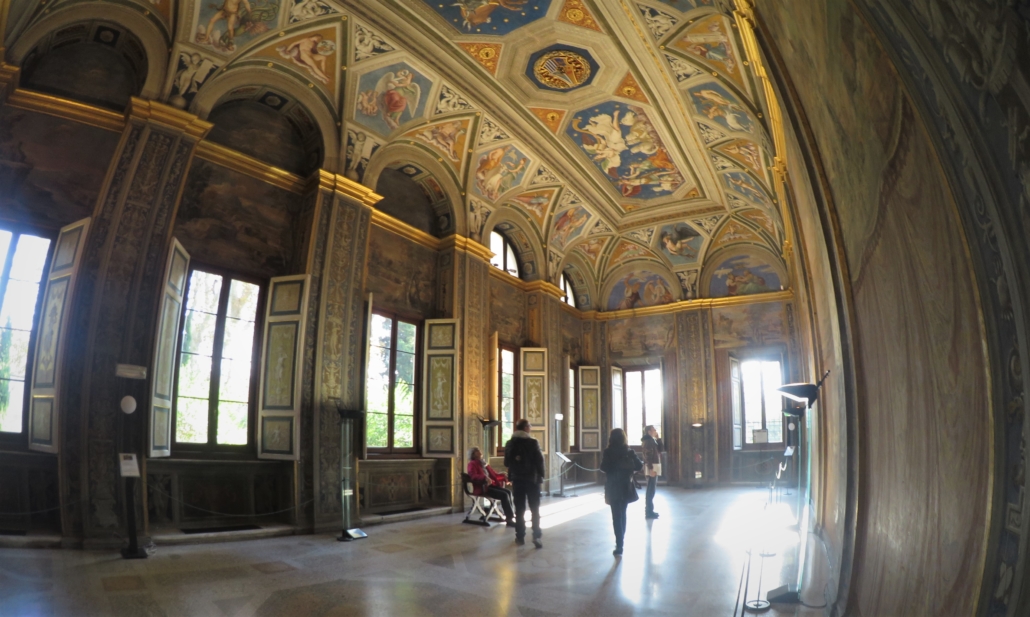 Our Private Renaissance in Rome tour begins in Trastevere with a visit to ‘La Farnesina’, in the 16th century. a beautiful country residence built on the banks of the Tiber river for Agostino Chigi.

A rich banker and a patron of the arts. Agostino was an intimate friend of Pope Julius II and Raphael.

The interior was decorated by Raphael and his School as a celebration of the wealth and sophisticated culture of the owner.

At the end of the visit we cross the Tiber, walking on the old Ponte Sisto and we stroll along Via Giulia, a very long and  important street constructed in the early 16th century by Pope Julius II ,

Via Giulia is still today a very special place in Rome, far from the crowds and the tourists’ shops, quiet end elegant, dotted with noble residences and secret gardens.

(outside visit), a gigantic Renaissance palace that once belonged to Cardinal Alessandro Farnese, the future Pope Paul III.
The awesome, severe facade was designed by Giuliano da Sangallo and Michelangelo, and, no matter how many other palaces you’ve already seen in Italy, will still surprise you for its grandiosity!

Only few minutes away there is Piazza Campo dei fiori, with the statue of Giordano Bruno, famous for its, fruit, vegetable, and flower market, has a joyful atmosphere and boasts innumerable cafes and restaurants.