A HANDS-ON COOKING CLASS IN MILAN 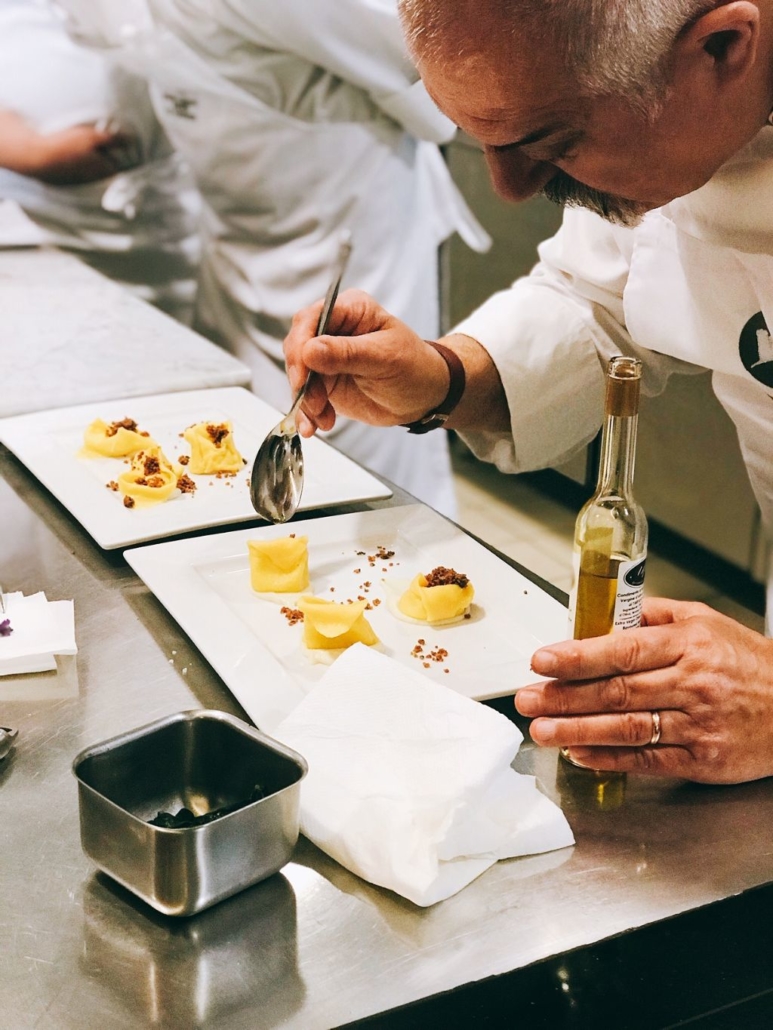 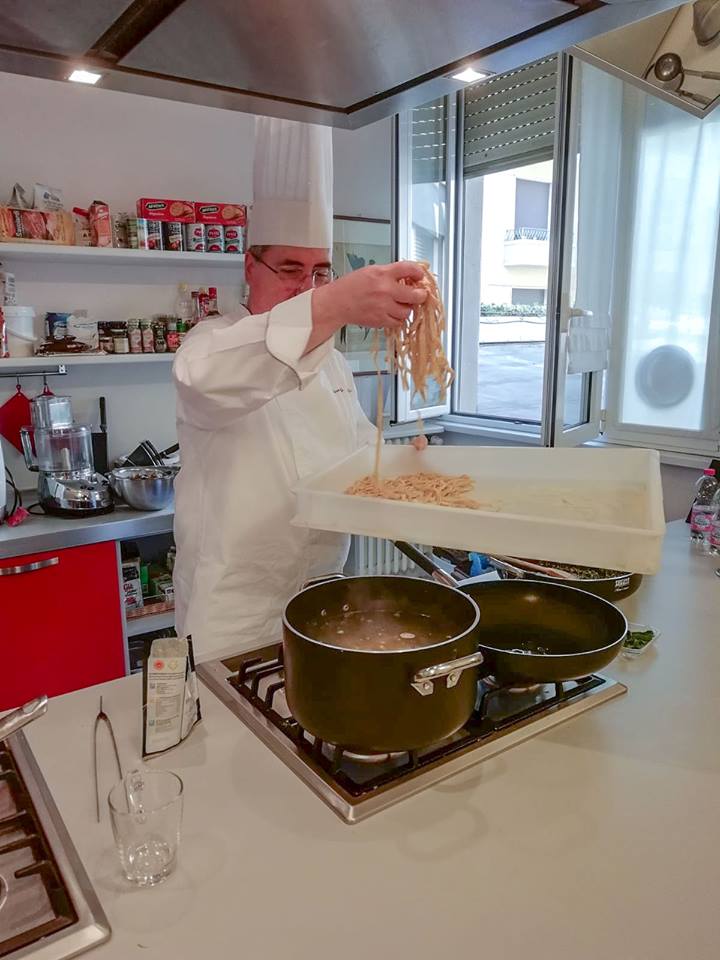 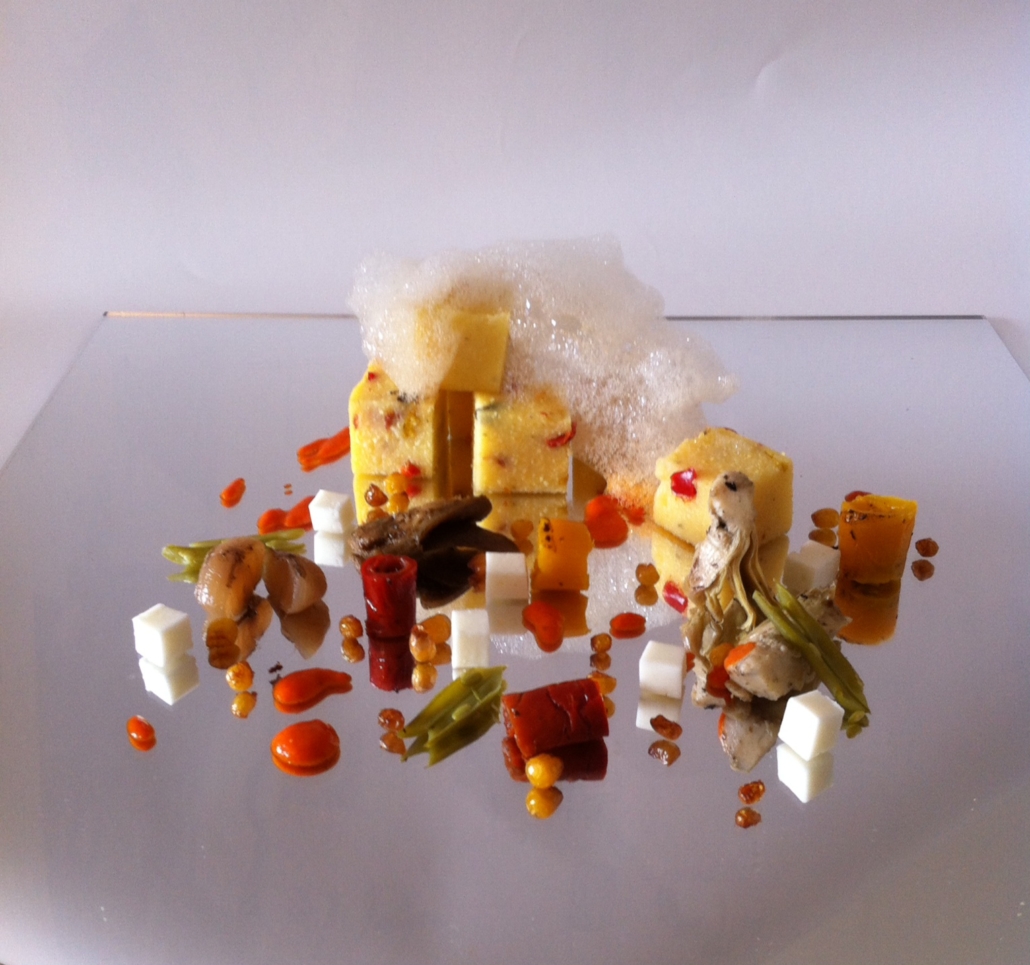 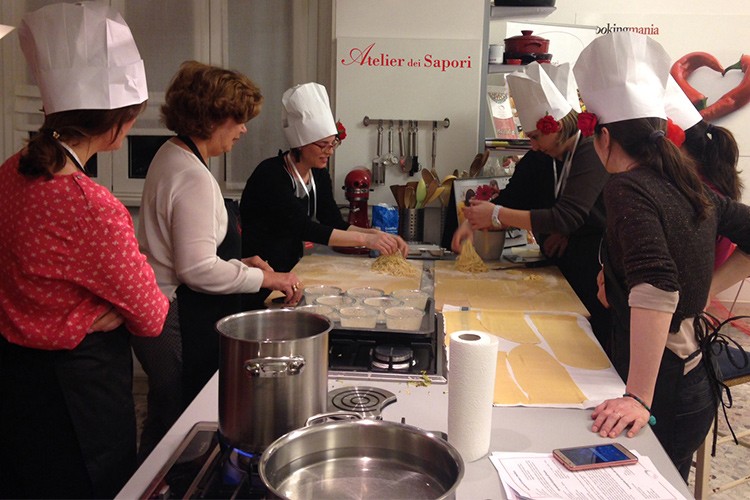 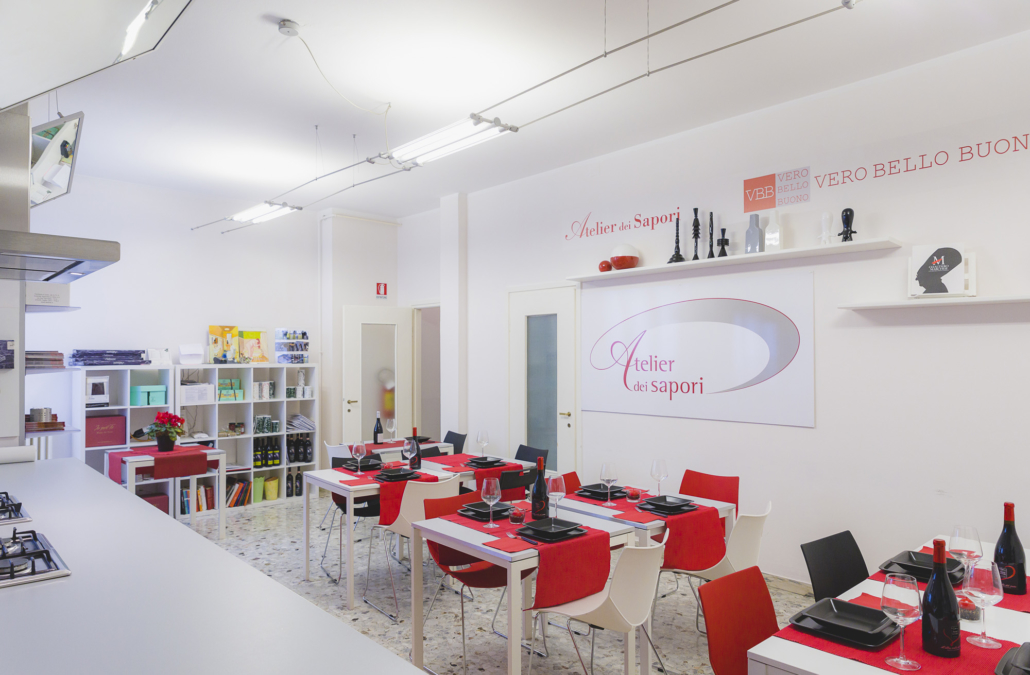 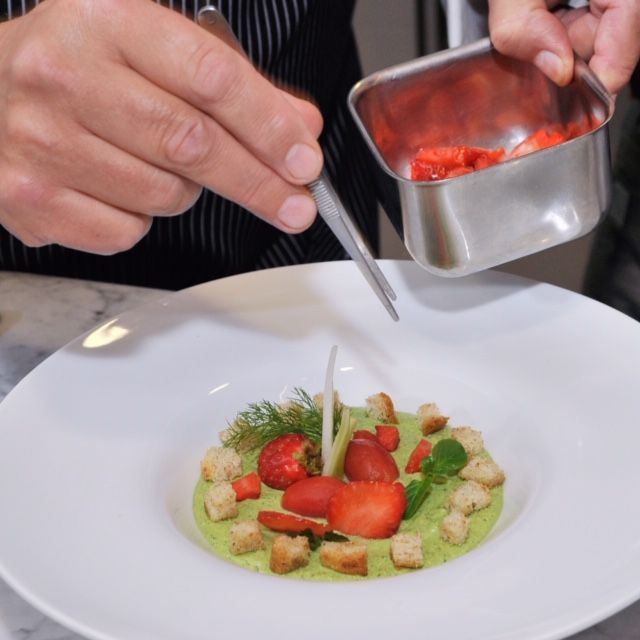 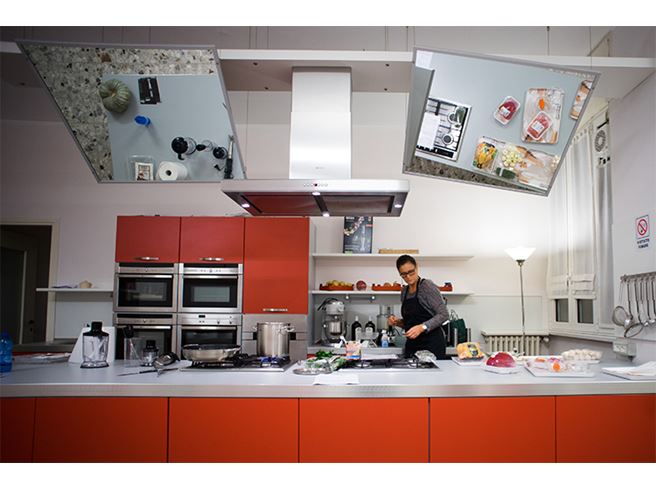 A HANDS-ON COOKING CLASS IN MILAN

A hands on cooking class in Milan…. would you like to enjoy?

People travel to Milan for a array of different reasons, such as Leonardo da Vinci’s Last Supper, the imposing Duomo, its museums, fashion shows, finance or its European appeal….and food too!

I mean, it would be heresy to end your trip without tasting some iconic dishes such as Risotto with Saffron or Ossobuco -marrowbone steaks-, but it would also be sad to miss the process of making such delis!  Don’t deprive yourself of this pleasure…. let us guide you through the food specialties suggested by our local chef.

Milan is the capital of Lombardy which ranks fourth in extension, second in density of population and first in wealth rate out of 20 Italian regions. Its geographical position is significant too, it is located right in the middle of Nortnern Italy, crowned in the north by a pre-alpine zone dotted with nine lakes and high peaks that cover 41% of the total extention and a vast plain in the south.

If you close your eyes and plunge into this diverse landscape, you will think of different food productions, such as cured and prime cuts of meats, aged cheeses, hot soups, beef cold cuts, expensive spices, rich soft bread loafs like Panettone, and concentrated red wines, rather than traditional best-known Mediterranean ingredients.

Those who live northbound close to the Alps need longlasting food rich in proteins, against cold and long winters, like hot Risotto seasoned with the Grana Padano, locally produced and similar to Parmigiano Reggiano, or deep fry cutlets served with soft yellow corn meal.

So let me provide some information about your private hands on cooking class.

It is held in a private apartment located in a residential area in the city, especially equipped with a professional kitchen for a comfortable stay and effective workplace.

On request, our expert chef is available for a market tour in the early morning in order to point out the seasonal produce and explain to you the reason of his purchase.

You can also skip this phase, and move directly to action…..

put your apron on and follow the instruction of the food expert in front of you!

Menus vary according to the time of the year, the cooking processes, your possible food intolerances or allergies and your preferences. Each of them consists of four courses based on ingredients that need to be cooked and wisely combined according to the tradition and the experience of our experts.

Here is the description of some dishes you might prepare and taste.

Your hands on cooking class begins with starters, such as the vegetarian “Pizzoccheri della Valtellina with Bitto cheese fundue”, a country “Soup Pavia style”  or  the hearty “Beef Meatballs with mashed Potatoes”, and “Lake Fish balls served with home made Mayonnaise” for fish lovers .

The former sounds simple, vegetables are delicate, rich in water and vitamins, but Bitto cheese adds a unique flavor, lavishly poured on your tart slice. Bitto is the most famous cheese of the Valtellina Valley, it’s semi hard or hard depending on how long is was aged. It is made from whole cow’s milk which develops a gruyère taste when young, while it gets sharper after one year of aging, and crumbly after two or three years.

The best one is the craft version, which tastes of fresh butter, cooked milk, dried fruit, hay and wild flowers.

“Beef Meatballs with mashed Potatoes” is one of the most “successful marriages” in the history of everyday cuisine, with an amazing number of variations of ingredients and seasonings. Some are quite simple, some -like in this case- are based on prime meats and spices, aromatic herbs enhanced by the deep fry process. You will hardly forget….

They are served with mashed potatoes seasoned with soft butter and ground nutmeg, which adds an exotic touch to this western Italy dish.

The Lake Fish balls served with home made Mayonnaise is not surprising, despite the lack of access to the sea, the Region ranks first for number of lakes. Did you know that Milan whole fish market ranks first in Italy? In term of budget  with 50 million euros a year and variety. It will be easy for you to make this dish at home, served with grilled corn meal or sliced hot bread which gives off the scent of the fresh water.

However pasta is not the king of the first courses, but the iconic Risotto, and especially the “yellow” one colored with Italian saffron, which is referred to gold, the most precious raw material in the old days. Mighty Kings and famous aristocrats used to decorate the Risotto with a thin gold foil on top of it, as a symbol of social status and material wealth.

A few decades ago this recipe was revived by Gualtiero Marchesi, who was born and raised in Milan, and became one of the most acclaimed Chefs of the XXth century in Italy. Despite the glamour and the touch of elegance, he never used real gold but an edible glossy yellow material!

Rice has been growing in the lowlands around Po River since the Medieval Age, and the grains are thick and starchy, ideal for rich soupes. You will be delighted by the Milan style Risotto, so creamy without being watery, hot enough to release the bittersweet odor of the saffron and highlight the typical bright mustard color.

An unusual recipe in the Milan culinary tradition is the “Cold Veal with Tuna sauce”, consisting of cold roast Veal, thinly sliced and dressed with a rich tuna sauce, which evolved overtime. The unusual combination between fish and meat was initially suggested by Francesco Leonardi who wrote a recipe book in 1790. The thick meat of tuna was considered rather indigestible, so that it could be marinated in order to “…have a more grateful taste, and will be somewhat reminiscent of veal”.

Food can be fat as well as lean, like “Milan style Veal Chops”, carefully breaded and deep fried, another “must” you cannot resist, can you? Hot and crispy, you will learn the secrets of a perfect breading and the best deep fried technique.

As for the desserts in your hands on cooking class, the chef intended to pay a tribute to Lombardy’s cheesemaking tradition with “Cheese custard with Biscuits”, a homemade spoon dessert that everybody will enjoy, no matter how old!

If you feel like cleansing your palate, the “Sbrisolona mantovana” – crumbly cake- will conclude  honorably your private culinary experience in Milan. Local wines are also included, according to the pairings.

Book our cooking class in Venice!