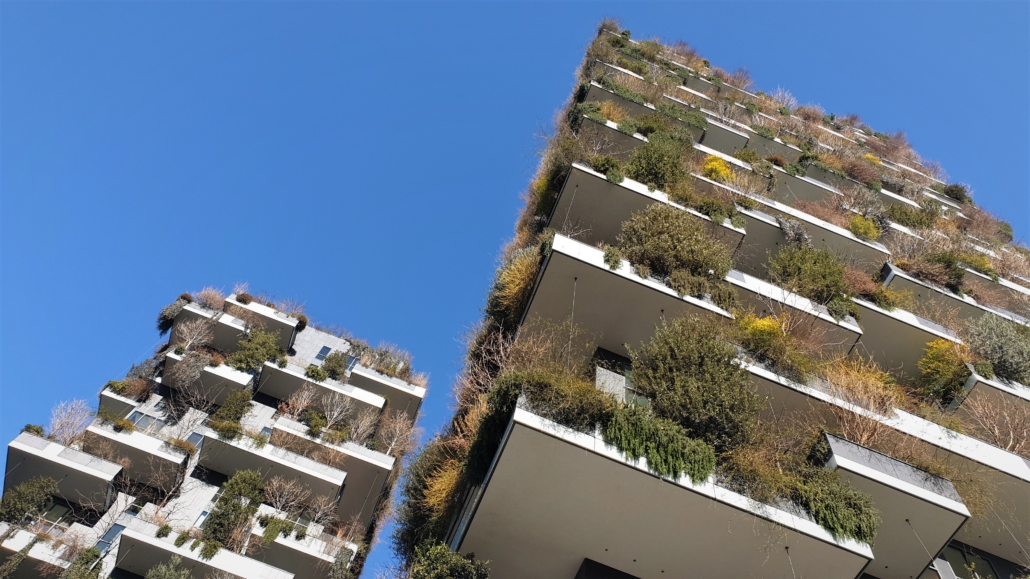 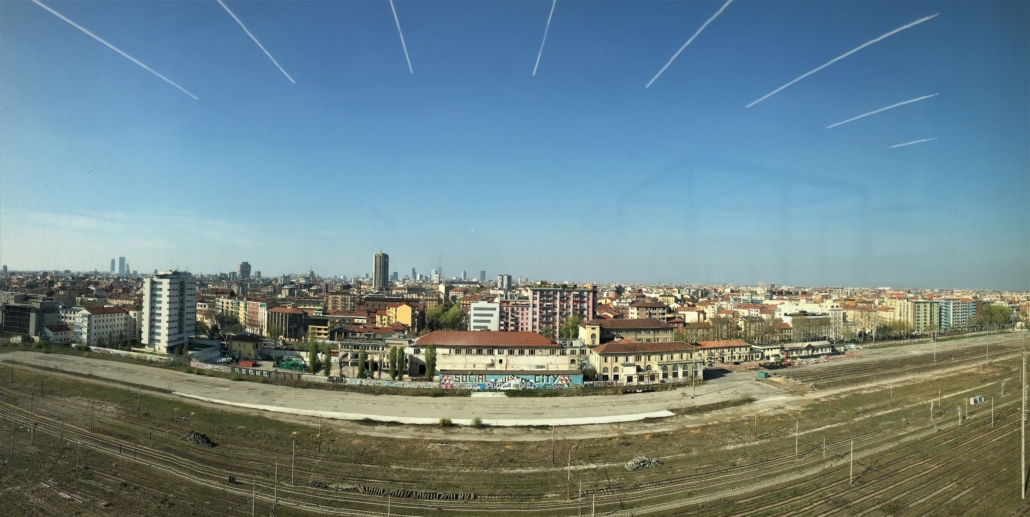 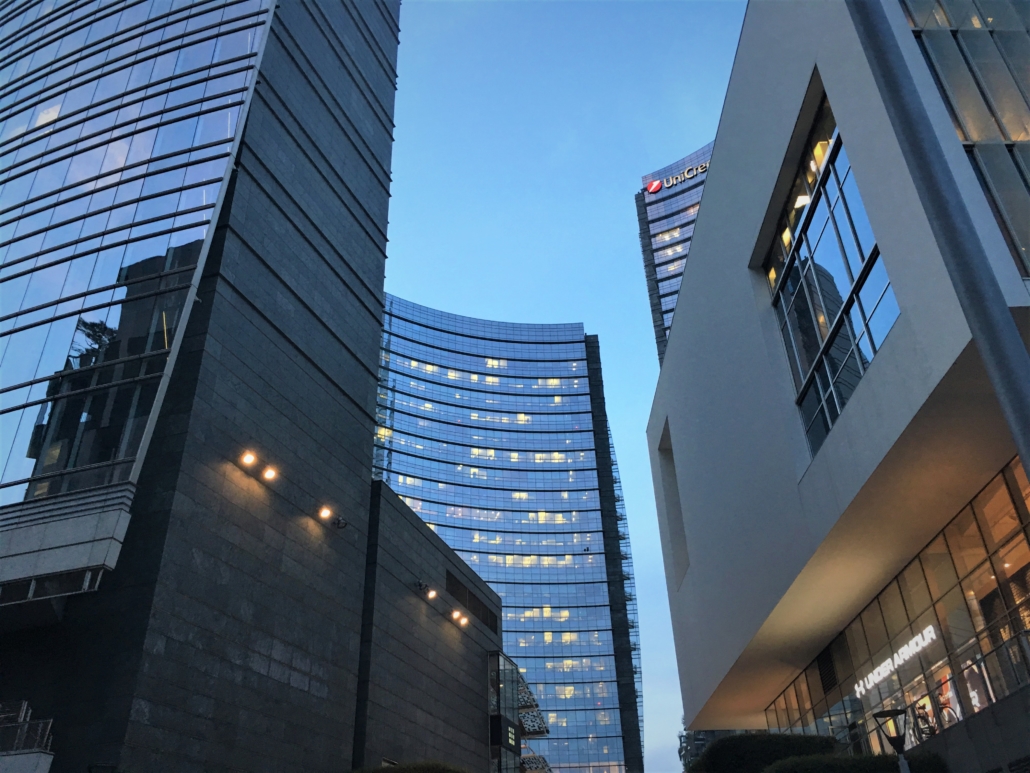 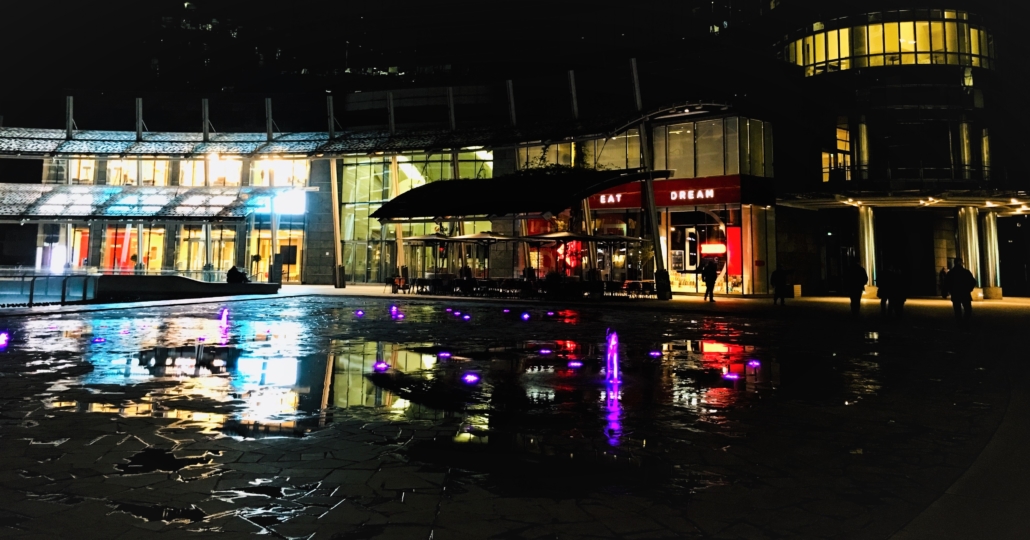 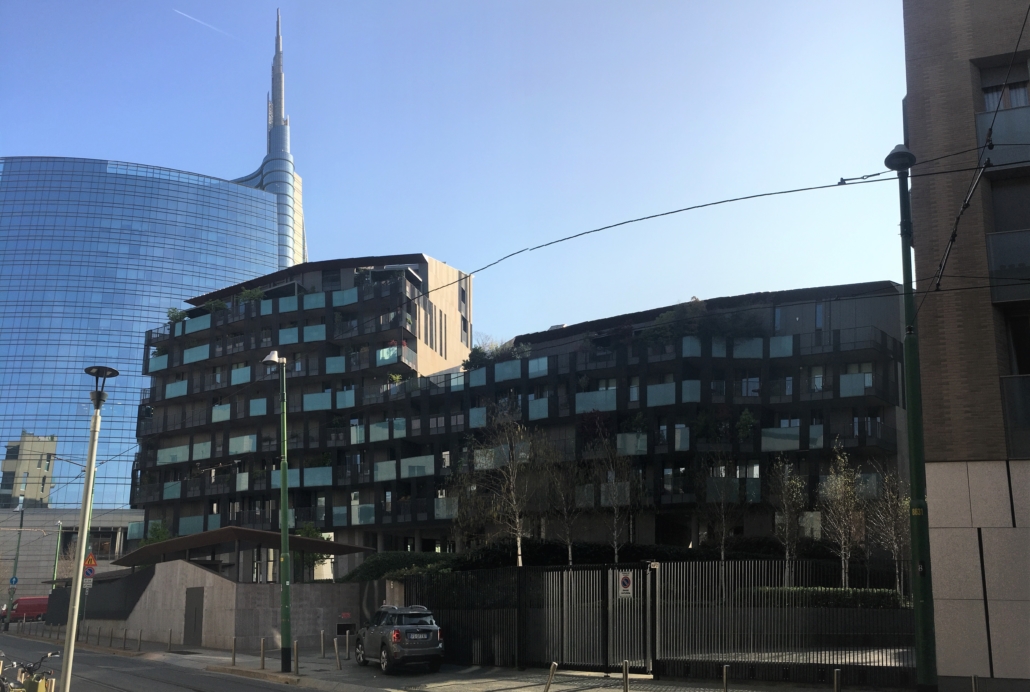 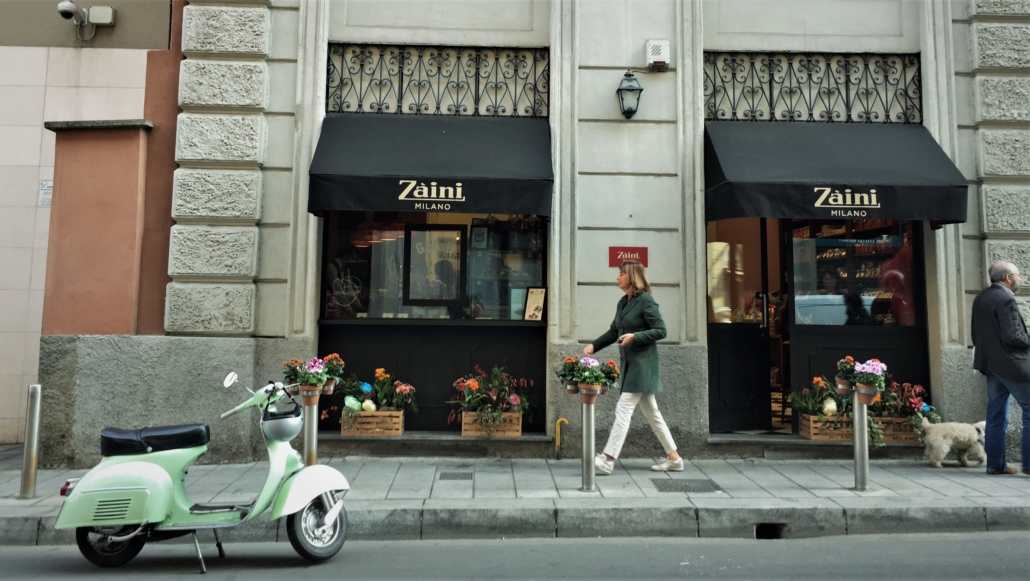 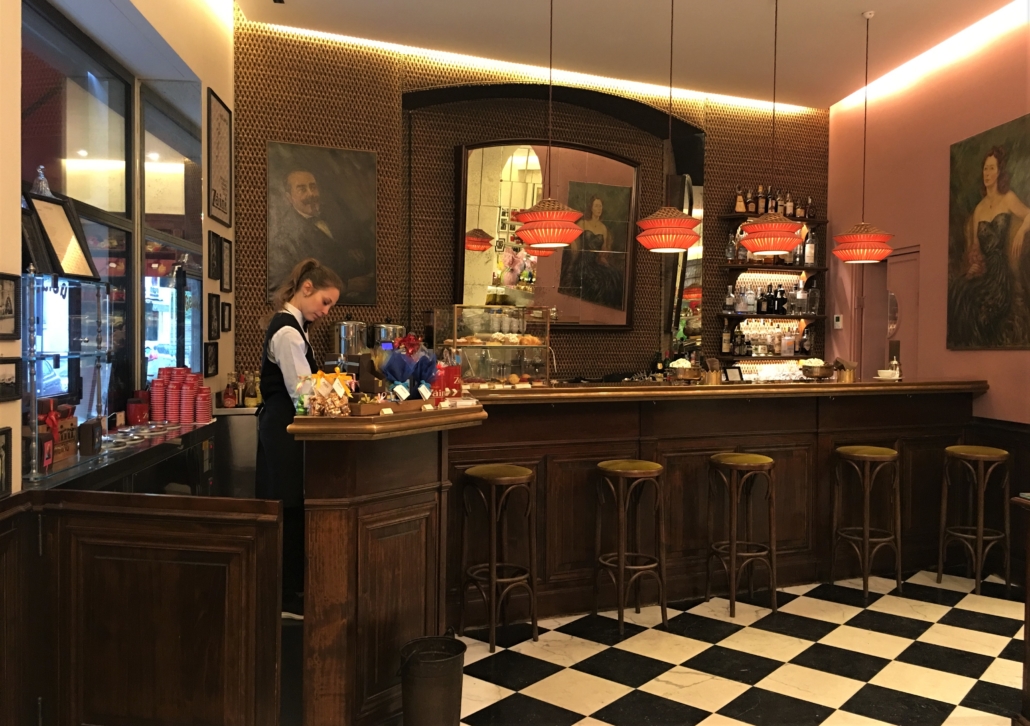 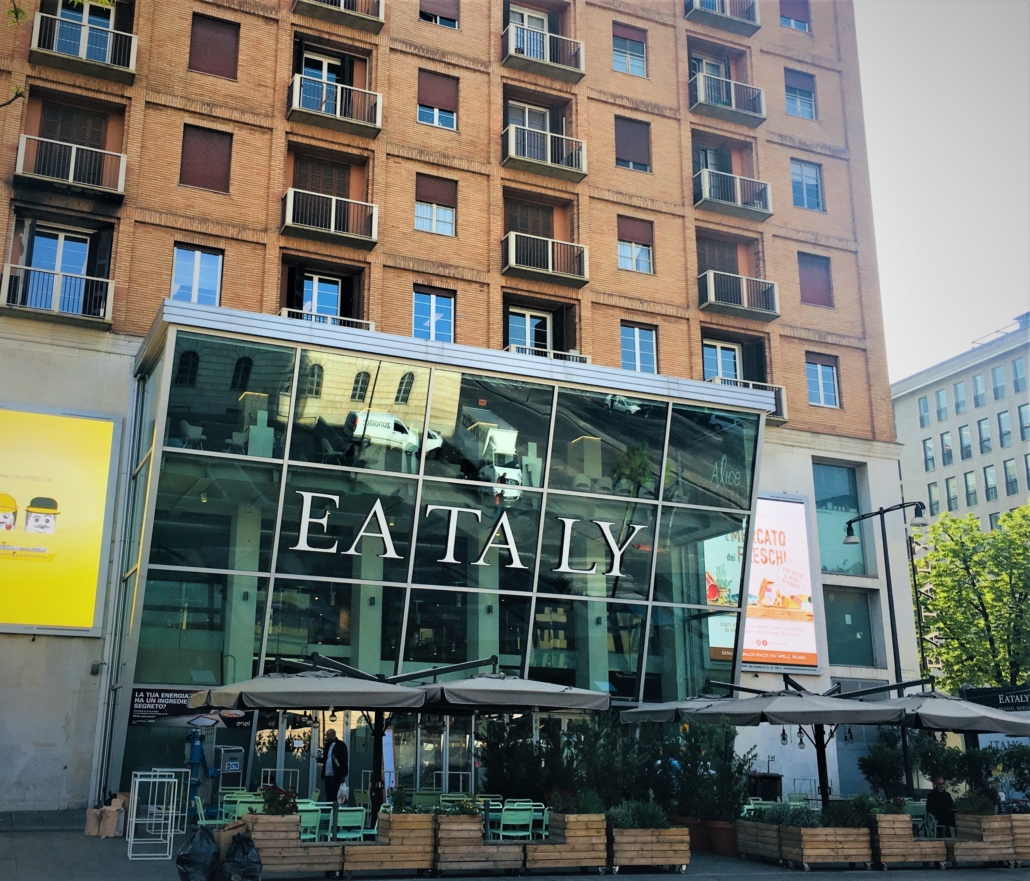 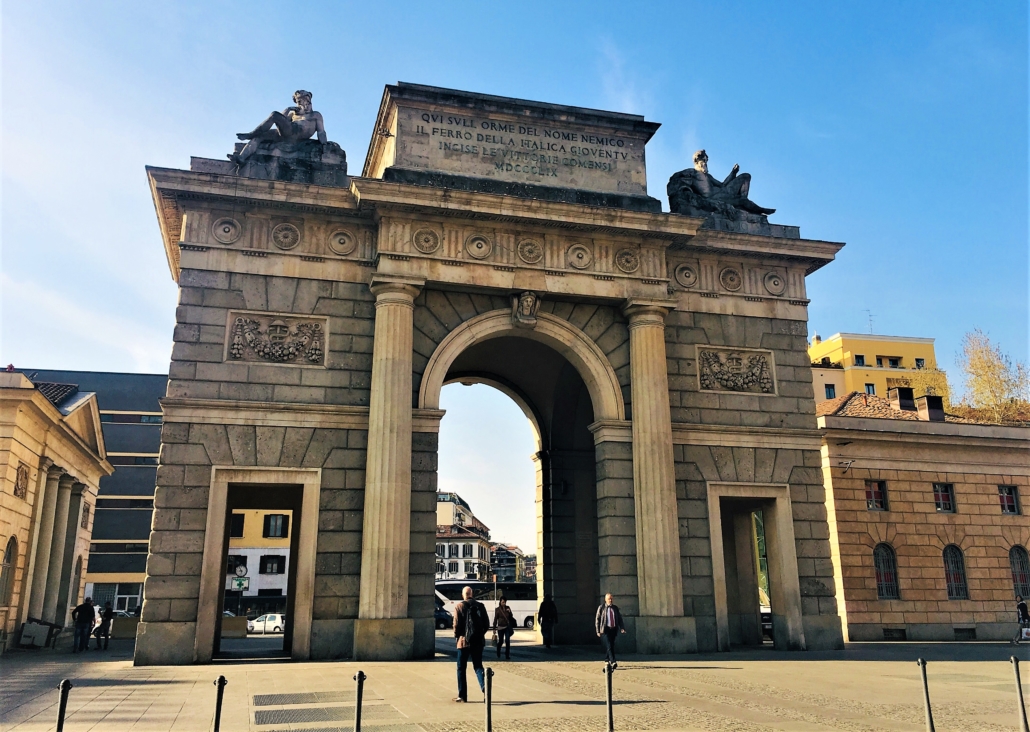 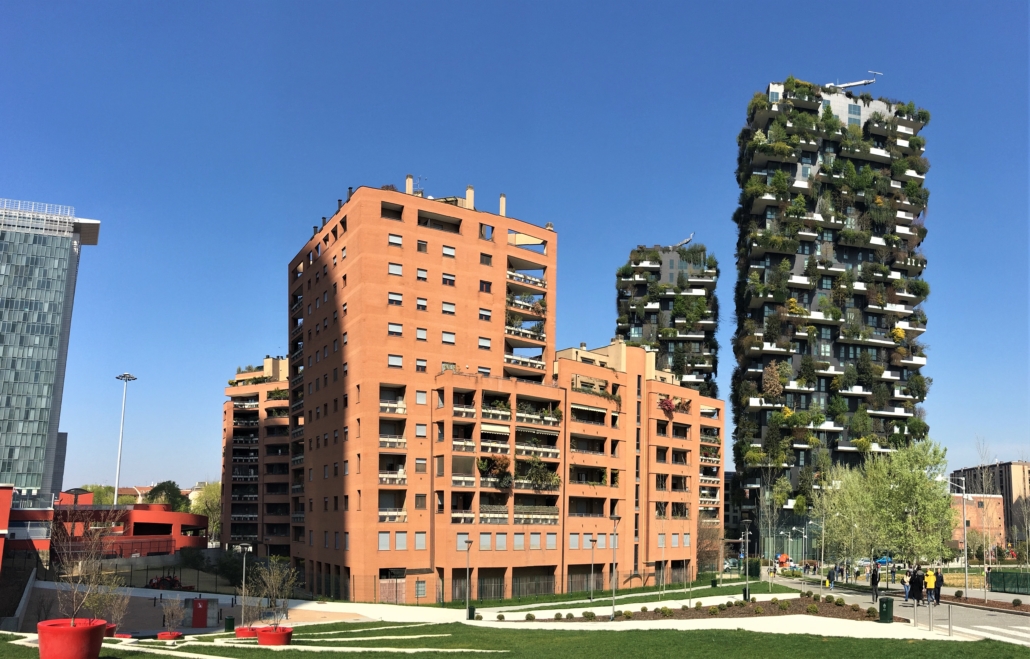 This tour explores Porta Nuova and Isola, two areas of Milan that evolved in the last twenty years, becoming an example of urban renewal and modern lifestyle for the whole country

Porta Nuova, the most futuristic area in the city, can be accessed through a gentle ramp, regular stairs or escalators. It is indeed one of the greatest projects of urban upgrading in Europe!

It was named after the Neoclassical Triumphal Arch built in 1810 for Napoleone Bonaparte as a Gate to the big city.

Over the decades a dense network of workshops and small factories developed, surrounded by railroad tracks

A hundred years later, due to a number of unsuccessful interventions in the 1970’s, the local infrastructures were totally obsolete.

The area was strategically located, right in between two-railway stations -Garibaldi and Varesine – and the residential Isola, a few minutes away from the historical centre with Brera Museum, Piazza della Scala and Castello Sforzesco.

Throughout the 1950’s and 60’s Milan was already known for modern architecture, due to the skyscrapers built all around Porta Nuova.

Three of them are worthy mentioning, especially designed for the offices of the Lombardy Region, as an example of contemporary style with no rivals in the country.

The former is the Pirelli Tower, also known as Pirellone due to the 32-storeys and 417 ft high building, designed in 1958 by Giò Ponti, an extremely prolific artist, interior designer, writer, publisher and teacher.

Until 1966 the Pirelli Tower was the tallest building in Europe, and the tallest in Italy till 1995. Its central crystal and metal belt ascending vertically to the terrace became a model for the MetLife building in New York city and Alpha Tower in Birmingham.

Another highlight is the Torre Galfa, a 1959 pioneering work of the International style, and the Torre Bonnet, started in 1962 and based on the glass and steel transparent façade of the previous tower.

The last Government “superstructure” to be completed was Palazzo Lombardia, a complex of modern 39storey buildings started in 2010, which won the International Architecture Award for the best new global design two years later.

In 2004 the local administration approved a new proposal that provided for a 71 acres large square, signed by the real estate developer Gerald D. Hines from Usa and his Italian partner Michele Catella. Only one year later the area was increased to 86 acres!

It took about 15 years to complete most of the Porta Nuova buildings, which include skyscrapers, offices, cultural centers and historical villas grouped around two squares – Piazza Gae Aulenti and Piazza Alvaar Alto – connected by a 1,5 miles continuous pedestrian trail and 3 miles long bike lane on a green area of 6.000 square miles large.

Our Porta Nuova project tour will now focus on

Piazza Gae Aulenti, a round shaped square mainly characterized by the Unicredit Tower, 758 ft high, the tallest in Italy.

Designed in 2012 by the Argentine-American architect Cesar Pelli, it fits the circular shape of the plaza like a paper sheet, with a rolled spire on top.

It is totally covered with Led lights in order to provide constant night lightening, which can vary according to different recurrence,

Just in front of it stands the winding white building called Showroom or Armonica, due to its main purpose and the large glass window on the first floor running all along the façade overlooking the square.

The ground level of Porta Nuova buildings host cafés, modern style restaurants, Feltrinelli bookstore and some international brand stores that face a fountain with flashing lights in the evening.

The Piazza ends with the Unicredit Pavillon, popularly known as “the radiator”. It looks like a big computer mouse, a low oval glass building covered with wooden planks and topped by a large metal plate.

The project was designed by Mario Cucinella Architects in 2015 and is used for meetings, lectures, events and exhibits.

In contrast with it, the Torre Solaria stands out in the background, designed by the Studio Arquitectonica in Miami in 2010, established by the Peruvian architect Bernardo Fort-Brescia. It develops on three wings and boasts 102 apartments, the 470 ft tallest residential building in Italy.

This luxury condominium is part of Piazza Alvaar Alto, which boasts another remarkable tower.

In 2012 the world-famous American architecture firm Kohn Pedersen Fox was commissioned to design a high-rise building known as Torre Diamante due to its multifaceted structure, which refers the shape of a diamond. The surrounding buildings are nicknamed Diamantini -small diamonds- and are used for commercial purposes, mainly banking business.

The large green area northbound separates the two squares from Isola district, beginning with a couple of stunning green towers, the Bosco Verticale -vertical forest- by the architect Stefano Boeri, completed in 2014 and awarded with the International Highrise Award in the same year!

It consists of a pair of residential towers, 27 and 18floor high, among the tallest dwellings in Italy.

However Boeri’s aim was more ambitious than that. Apartments are surrounded by terraces to contain more than 900 trees, 5.000 shrubs, 11.000 floral plants, in order to combine urban forestation and plant life with eco-sustainable modern lifestyle.

Horticulturalists and botanists were consulted by the engineering team for the selection of 90 natural species that could fit the terraces without adding too much weight.

The large number of diverse plants is supposed to absorb carbon dioxide, produce oxygen and improve the air quality, while the building’s biodiversity should attract insects and new birds to the city. The vegetation is sustained by renewable energy from solar panel and filtered rain water, it also protects the interiors from the traffic noise and the dust flying in the air.

The southern side of Porta Nuova is not that modern, in architectural terms. A significant example is via Carlo Solferino, apparently an ordinary street where instead a family made the history of artisanal chocolate in Milan in the early 20th century.

Luigi Zàini settled down there in 1913 with his family and promptly started a “factory of chocolate, cocoa, sweet, fruit jams etc.” supported by his wife Olga, who continued to lead the family business until the 1950’s. Since the beginning Zàini family has been one of the leading brands for chocolate delis in Italy.

The style of the store hasn’t changed much from the old days: yummy chocolate specialties and colorful boxes are displayed in rows on dark wooden shelves.

Here we might like to stop to sip an Espresso with whipped cream, taste a dark chocolate mousse or a rich artisanal ice cream.

Our Porta Nuova project tour will also touch one the most appealing delis, hard to compare with others in Milan!

At the end of the street to the right, an s-shaped colored structure draws your attention: la Corte Verde di Corso Como, a luxury condo of 31 residential units designed by the Studio Cino Zucchi in 2013.

The architecture is a combination between the traditional house in Milan and the innovative impetus that inspired Porta Nuova. We’ll focus on the unusual swaying shape of the building, and the exclusive boutiques, trendy wine bars, design showrooms at the ground level.

Just around the corner is the famous Corso Como, one of the trendiest streets of city nightlife.

The name derives from Strada Comasina, which used to connect Genova with Como and the Swiss border in the 19th century, when Milan was much smaller than today.

The surrounding area was soon populated with working class families, artisanal workshops, and small factories, which were demolished in the postwar period according to an ambitious project for a business district, which unfortunately was partially completed.

Corso Como was in a serious state of decline until the 1990’s when enlightened entrepreneurs decided to renovate the old 19th century buildings, and draw new restaurants, stylish wine bars, and bistros for young people.

The locals responded with enthusiasm and ten years later the street was designated pedestrian, which increased the social and commercial potentials of the whole area.

Our Porta Nuova project tour will briefly touch Galleria Carla Sozzani, which has been promoting modern photography, fashion and fine arts in the last 28 years.

The Art gallery is part of the #10 Corso Como Cafè located in a courtyard converted into a garden with perennial plants and colorful flowers. Write down this address for a romantic dinner or an evening cocktail, when the café is a lively nightly spot.

Loolapalosa wine bar is instead known for live music and unusual drinks proposed by skilled bar tenders, while at Pixel restaurant and lounge you can savor tasty appetizers in the outdoor terrace.

The alleyway ends with the Neoclassical Porta Garibaldi, one of the six gates of the city planned by the architect Giacomo Moraglia in 1826, who designed a massive triumphal arch flanked by two Greek style buildings used for fiscal transactions.

The front of the big gate overlooks Piazza 25 Aprile, a high-traffic square surrounded eastbound by a tall brick building known as Teatro Smeraldo.

It was closed in 2012 and reopened two years later for Eataly, the ambassador of high-quality Italian food in the world.

Our Porta Nuova project tour will end here at Eataly, to give you the chance to browse the amazing variety of fresh produce from the whole Region and the well-stocked cellar upstairs.