PISA, SPLENDORS OF A MARITIME REPUBLIC 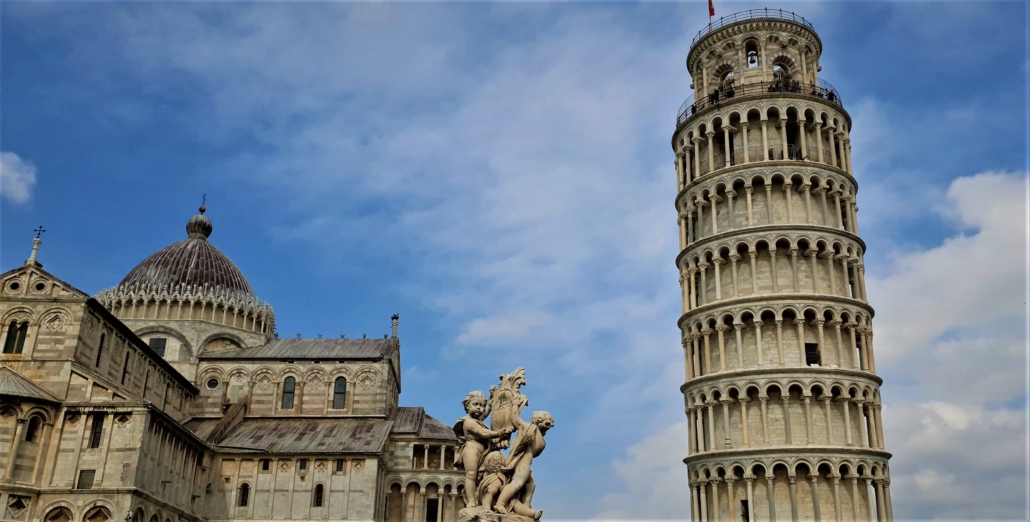 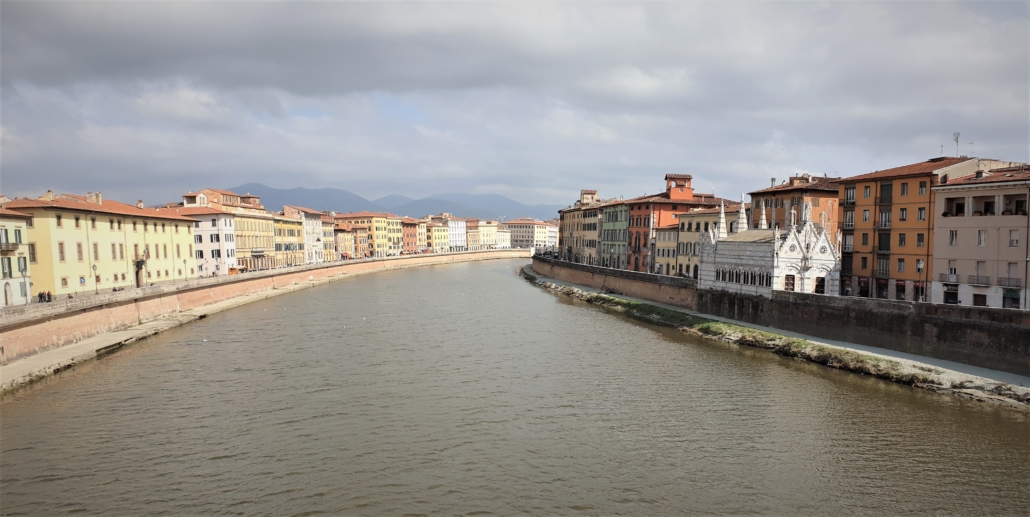 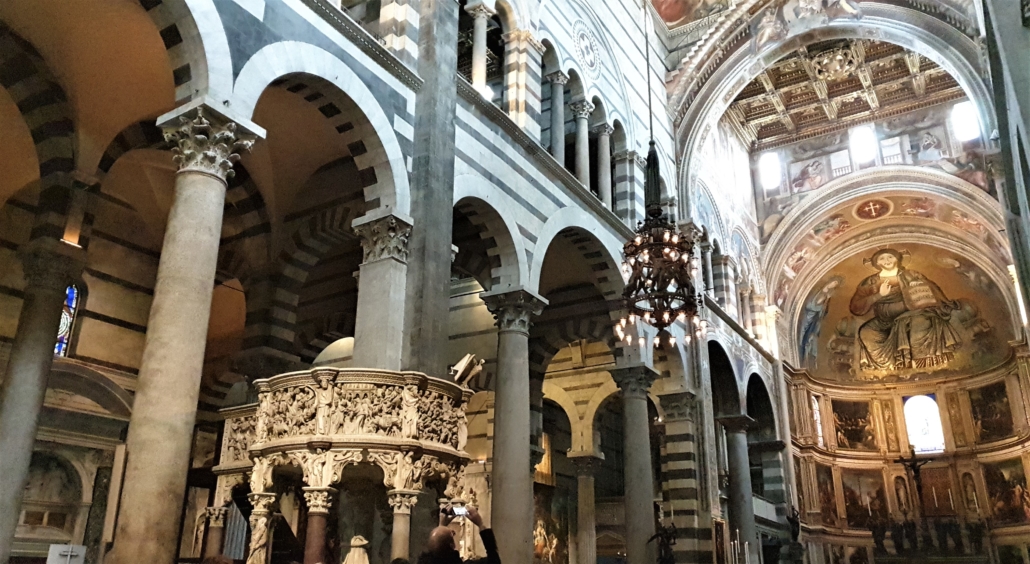 Pisa, founded in Antiquity, perhaps as a Greek colony, at the mouths of the Arno and Auser Rivers, flourished as a naval and commercial port under the Romans.

Later, after the fall of the Roman Empire in 476 AD it became the only Longobard port of the Thyrrenian Sea. It went then under the rule of Charlemagne and the Frankish Empire.

By the 10th – 11th centuries, together with Genoa, Venice and Amalfi, it became one of the four great maritime republics of Italy, and was able to conquer important colonies in Calabria, Corsica, Sardinia and Balearic Islands.
Pisa very actively took part into the 1st Crusade, greatly contributing to the conquest of Jerusalem.

The 12th century was the period of Pisa’s greatest splendor as its galleys controlled the Western Mediterranean and it was one of the most important cities in Europe.

The city saw the development of a brilliantly original form of Romanesque architecture, characterized by a rich blend of motifs from Roman, Italian and Oriental art.

It was around this time that its most famous buildings were erected, the Duomo, Its Baptistery and leaning Tower. The Tower started to lean when still under construction…

With their white marble glittering against the vivid expanse of green, and their solid forms enlivened by delicate decorations – these monuments form one of the most famous architectural groups in the world.
The decline of Pisa in the following centuries was due to a concomitance of events.

Competition with Lucca for the control of the Via Francigena (the main route between Rome and Paris) arose many problems. Inner struggles between families for the political control weakened the city.

In 1284 its defeat in the battle of Meloria against Genoa, from which Pisa never recovered.

The end came when

the Arno started to change its course, preventing the galleys from reaching the city’s port up the river. Today Pisa is 7 and half miles away fron the sea.

Fatally, Pisa, not without strenuous figthing, had to surrender to Florence, that did its best to eliminate Pisa’s competition.

Under the Medici the role of major port of Tuscany went to Livorno (Leighorn), while Pisa acquired a mainly cultural importance thanks to the presence of the University.

Thanks to Cosimo I of Medici, who spent long time here, the wetlands were drained, the economy recovered, noble residences were built along the Arno.

Under the Lorena, the enlightened Peter Leopold gave new impulse to the University, but it was under Napoleon that the ‘Scuola Normale’ was founded.

It is nowadays one of the most important activities of the city.
Its main buildings can be admired in Piazza dei Cavalieri. Enrico Fermi and Carlo Rubbia studied here.

During Second World War Pisa was heavily bombed with serious damage to its artistic heritage.

The most famous person born in Pisa is Galileo Galilei, who in 1589 used the Leaning Tower for his experiments.
Your guide will wait for you at the train station (it takes only an hour from Florence) and will lead you to the discovery of this very well preserved medieval town.

First along the banks of the Arno river to admire Santa Maria della Spina, a delicate jewel of Romanesque-Gothic architecture.

Then, into the heart of town along Borgo Stretto to the Medicean Piazza dei Cavalieri up to the world famous ‘Campo dei Miracoli’, the timeless green meadow which enshrines Pisa’s most shining jewels: the Duomo, the Baptistery, the Camposanto and the tilted Bell Tower.

The ‘Square of Miracles’ was declared a UNESCO World heritage site in 1987.

The Duomo, started by Buscheto in 1063, is the prototype of the very influential Pisan Romanesque style, which Lucca, Pistoia and other Tuscan cities were to emulate.

The outstanding feature of the Cathedral is its decorative arcading and the distinctive blend of Western and Oriental motifs.

Inside, Giovanni Pisano’s elaborate pulpit is decorated with dramatic relief panels illustrating the Life of Christ and the Last Judgement.

The Baptistery was begun in the 12th century, elaborated by Giovanni and Nicola Pisano and crowned by a Gothic Dome in the 14th century.

The Baptistery boasts Nicola’s famous hexagonal pulpit, influenced by his study on classical art and innovative with respect to the more decorative style of earlier pulpits.

The Camposanto, literally ‘holy field’ is reputed to have been overlaid with earth imported from the Holy Land in the 13th century.

It was badly damaged by bombs in 1944 and what you see today is just a vestige of its past grandeur. Particularly impressive is the Triumph of Death attributed either Francesco Traini or to Buffalmacco, proabably associated with an experience of the Black Death.

At the end of our tour you’ll be able to climb the Tower, which is now kept upright with steel cables and weights.
Its construction, begun in 1173, took nearly 200 years as the engineers kept trying to correct the tilt, buti t was still leaning quite badly when it was finished in 1350.

Galileo dropped two cannon balls of the same size but different weights from it, showing that the speed of descent was independent of mass.

It is possible to combine the half day visit to Pisa with an excursion to Lucca, but in this case you will need a private car plus driver.