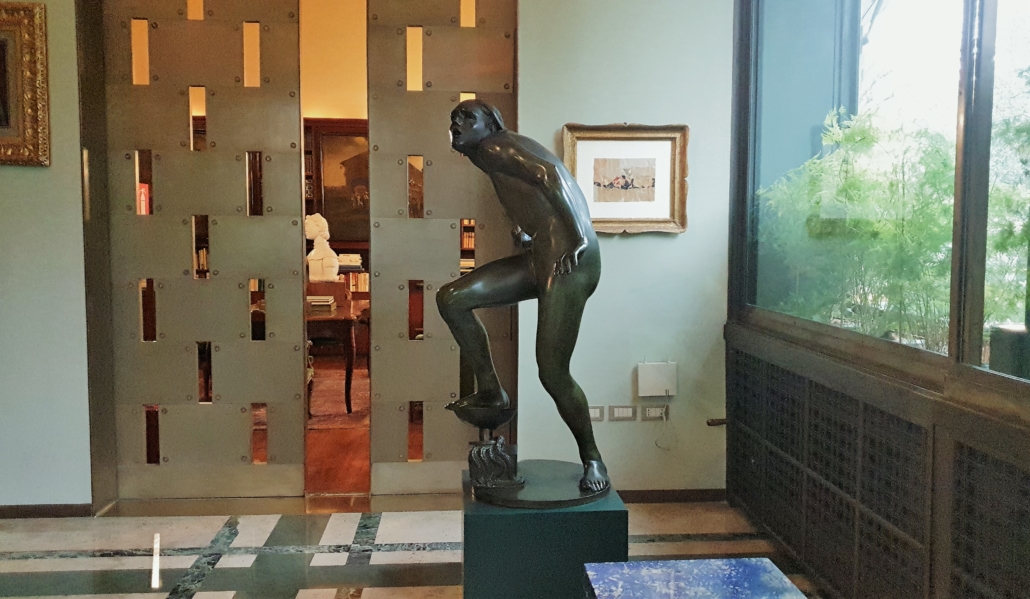 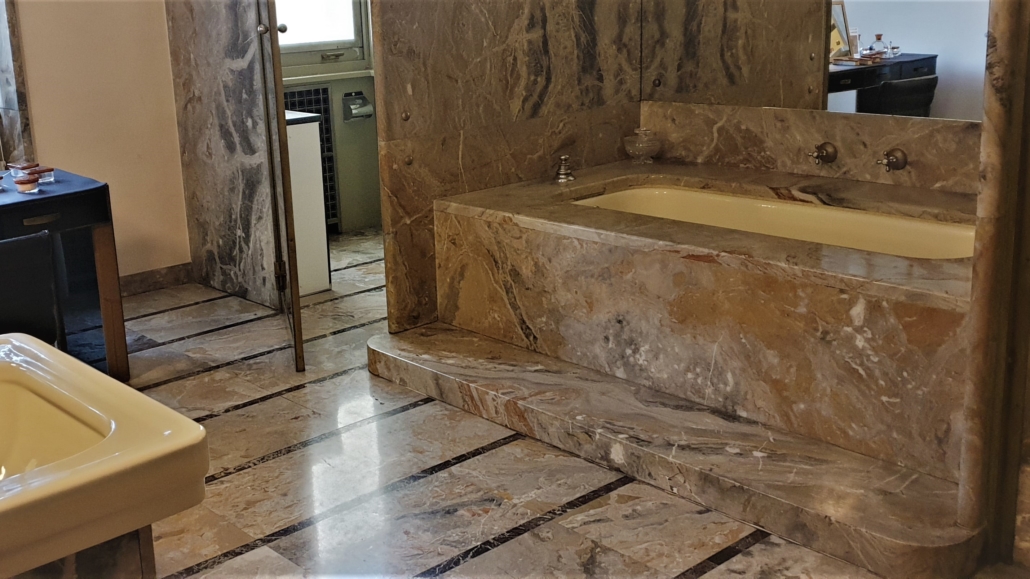 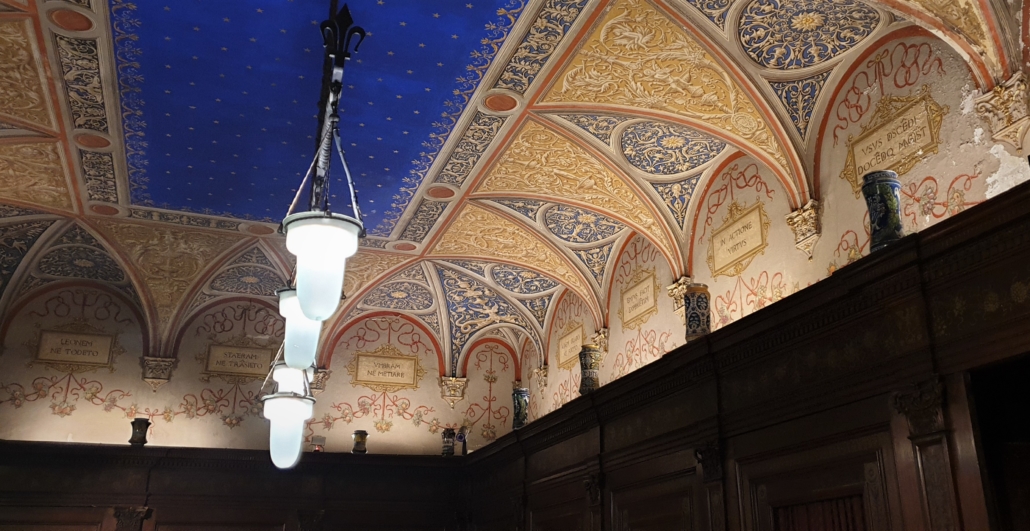 Hidden in the very heart of Milan, two private mansions witness the life and passions of their proprietors, inviting us to share a bit of their world. Villa Necchi Campiglio, built in the 1930s, rational but super fancy, surrounded by a marvelous park, is just few minutes away from Palazzo Bagatti Valsecchi, a late 19th century home designed by the owners, obsessively but exquisitely decorated and in Renaissance style.

Villa Necchi Campiglio was still inhabited until 2001: upstairs, the bedrooms and the bathrooms are still showing the owners’ toilette objects, their cashmere sweaters, their fancy hats. You can imagine the two Necchi sisters, Gigina and Nedda, getting ready for the Teatro la Scala or for yet another dinner party.

The Necchi were an upper-class industrial family. Their sewing-machines factory is still operating today.
The archistar Pietro Portaluppi, took care of every aspect and used marble, metals, textiles, lapis lazuli, alabaster lavishly, to create a vey modern but at the same time extremely sophisticated home. The heated swimming pool, the intercom system, the elevators, the tennis court talk about an idea of comfort still unusual in the 1930s. Even the kitchen and the servants’ rooms appear meticulous in every detail.

However, Mantuan doctor Angelo Campiglio, Gigina’s husband, did not really appreciate the somewhat futuristic decor and, soon before World War II, entrusted architect Tommaso Buzzi for a restyling. Buzzi introduced elements inspired to the 18th century, visible in the grand salon and in the smoking room.

Villa Necchi Campiglio is today property of FAI – the National Trust of Italy. Two extraordinary private collections -de’ MIcheli and Gianferrari – are now on display in the villa. We can admire important works from major Italian and European artists of the XX century, such as Morandi, De Chirico, Sironi, Picasso, Fontana, ModigIiani, Matisse. Temporary exhibitions are frequently taking place on the third floor.

Our Great Homes in Milan also stars a visit to Palazzo Bagatti Valsecchi, located few minutes away from Villa Necchi, but in a totally different atmosphere, right in the core of Milan’s famous Fashion Quad.

Barons Fausto and Giuseppe Bagatti Valsecchi were two Milanese brothers, both lawyers but with no interest in practicing their profession, who in the 1880s built and decorated a new home, with the aim of recreating the interiors of a rich mid-16th century mansion. The 16 rooms showcase some outstanding works by 15th and 16th century painters, such as Giovanni Bellini, and a haunting collection of armors.

But what’s unique at Palazzo Bagatti Valsecchi is

the perfect harmony between the rooms and the objects, paintings, ceramics, fireplaces, furniture, lamps, floors, tools. It is virtually impossible to distinguish between the authentic pieces and those made by contemporary Lombard artisans to fill the gaps…

It will be interesting to hear about the two eccentric brothers, whose personalities were very different from one another, and to learn how they spent their time when not busy at collecting and decorating their great home in Milan. Fausto and Giuseppe were fans aerostatic balloons and bicycles, enjoyed illustrating their extravagant Renaissance mansion to hundreds of visitors, entertaining them curious details and gossip.

It is possible to visit these two great homes in Milan every day except for Mondays and Tuesdays.
If you enjoyed this tour you might also like our At Home in Medieval Florence and Living in Renaissance Venice.